Thanks to SK, I have been spending alot of time outdoor lately. He dreams of going on expeditions, so I think a job with organisations like National Geographic would suit him to a T. But until then, he will just have to make do with short hikes in our nature reserves.
I took the morning off on Monday to bring him to Upper Peirce Reservoir. I didn't know the reservoir is that old until I saw this: 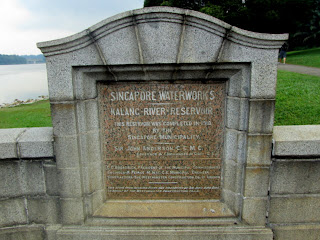 According to the engraving, the reservoir was completed in 1910 by the Singapore Municipality. The Governor then was a Sir John Anderson. Robert Peirce was the municipal engineer in charge of the project, hence the reservoir is today named after him. The contractor was Westminster Construction Company, London.

Some of these retro looking pavilions must have been built during those days. I think they're cute. 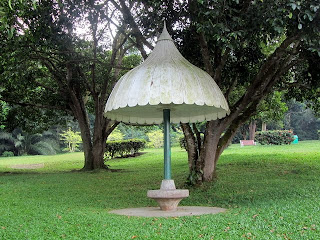 A boardwalk takes one along the reservoir bank into the primary rainforest. 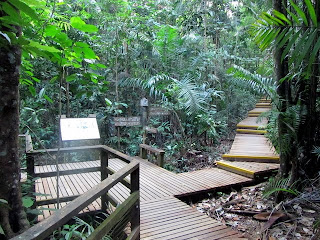 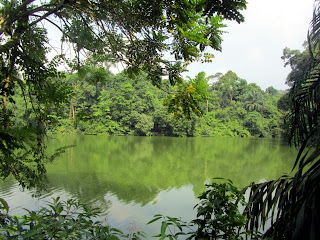 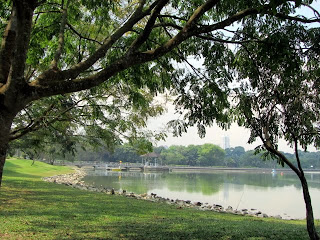 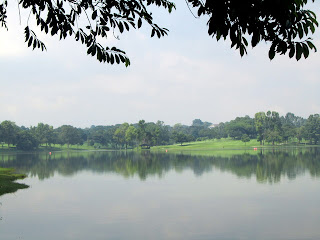 It was a very tranquil morning, so much so that not a single ripple could be found on the large reservoir of water. Suddenly, the silence was broken by the sound of animals moving through the vegetation. It was a large family of wild boars bashing through the forest. I spotted at least a dozen of them with their little ones in tow. 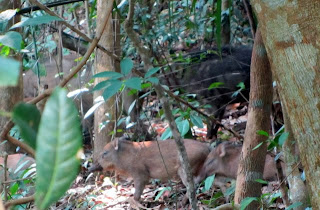 After the hike, we went to Casuarina Prata restaurant nearby. The icy cold drinks were the best to fight this humidity! 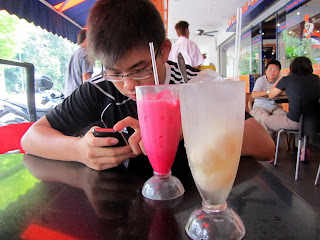 Some people swear by the prata here. They do serve one of the best pratas in Singapore. Even the plain one (below) was good. 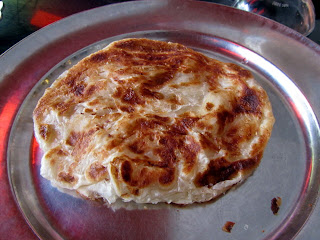 The vadai was too dense and gritty (due to the lentils) for my liking. I like my vadai soft and fluffy. 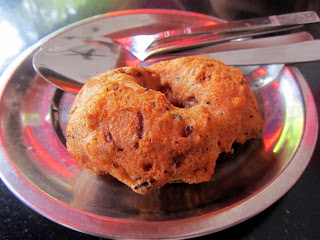 SK's chicken/mushroon/cheese murtabak was a winner! I had never eaten the traditional murtabak with ground beef or mutton before, and never realised it could be so delicious. 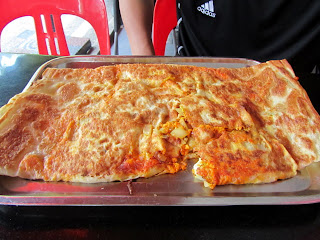 I must thank SK for ordering this. It was so good, I'll be back just to savour this! 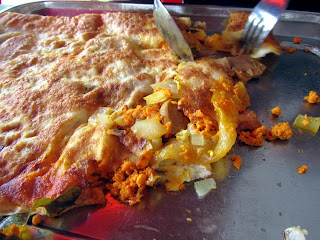 suah-tee-bah! ahhh.....i remember my JB trip, that i ended up ill from the exotic meat. wonder how Rusty would take it. =P

OH NO...now I'm craving for some martabakkkkk...maybe I should make some one day. :-D

I love the prata there too!

These pictures are very nice, great nature, it looks like you had a lot of fun on there.

Very nice pictures and great day for you, it looks like you had a lot of fun, isn`t it?

If you're looking to BUY bitcoins online, Paxful is the ultimate source for bitcoins as it allows buying bitcoins by 100's of payment methods, such as MoneyGram, Western Union, PayPal, Visa, MasterCard, American Express and they even allow converting your gift cards for bitcoins.