We arrived at Nevers train station at 2.30pm to find the van waiting for us under the light drizzle. We were soon whisked away to the lovely Le Vieux Moulin. Steve, the owner, showed us the beautifully restored millhouse that was built in the 15th century. As soon as the other guests arrived, we set off on our bikes for a short tour of the village and the recently restored 15th Century Abbaye de Fontmorigny.
We found out later that week that this little tour is Steve's way of evaluating our competency level so that he can plan our biking tour for the week. As it turned out, our group comprised bikers who train up to 4 times a week and participate in 100-mile bikathons back home. We were in for trouble!

We rode about 11km through rolling hills before stopping at the Abbaye de Fontmorigny. It started drizzling as we toured the abbey grounds but soon the skies opened up and began pouring. We were soaked through by the time we rode back to the villa. What a way to begin our cycling tour! 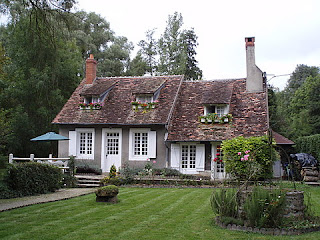 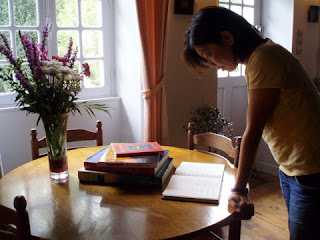 Checking out the comments in the guest book. It's all good. 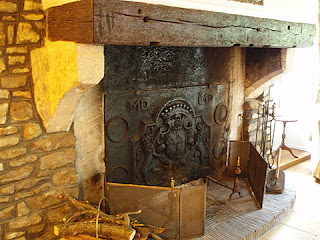 The charming fireplace. The markings "MD" refer to the year 1500. 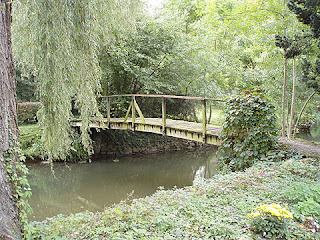 The little wooden bridge over the tiny Canal Berry. 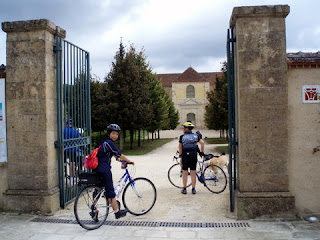 Finally, we arrived at the abbey after cycling 11km. 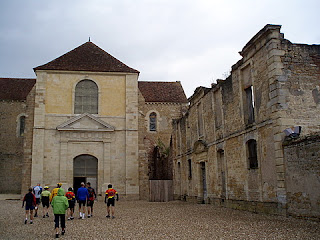 Our group of 10 comprised a couple from Pennyslyvania, 3 other couples who belong to a cycling group in Indianapolis and the two of us of course. 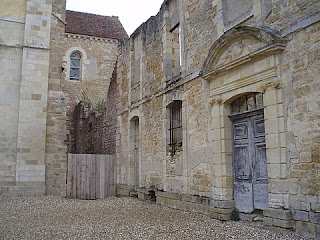 The Abbaye de Fontmorigny in various stages of restoration. 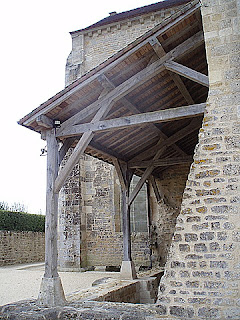 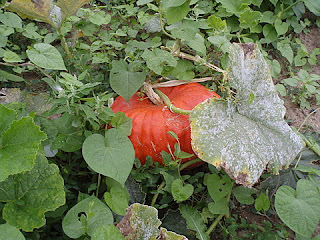 Pumpkin and squash growing in the abbey grounds. 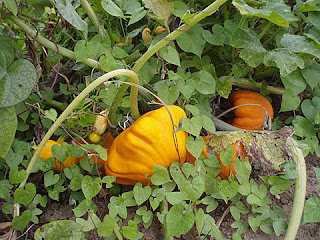 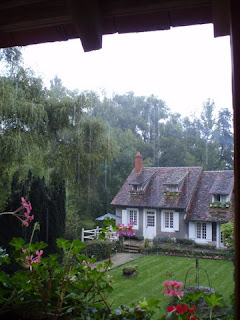 It was still pouring when we got back to the villa. We were so drenched, I caught a cold the next day. 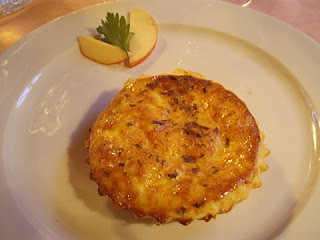 Thank goodness we had a wonderful hot dinner waiting for us. Steve's wife, Michelle, is a great cook who fed us French cuisine the entire week.
. 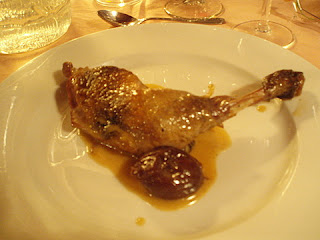 We had quiche and wild hen for dinner. Dessert was cheese platter followed by a rich chocolate mousse. Yes! We needed all that food for the tough week before us.
Posted by Blur Ting at 06:20

The sight of the yummy food is making me hungry!

The mill house is beautiful.

But sorry to hear about the rain and the cold!

Ohh... I just want to stay there and eat, but not doing the hard cycling work!
Can I? :)

yeah i tag along for the food...cycling...well..ill leave it up to you guys! yeah unfortunate about the cold eh?

Of course its right around dinner time. Somehow my Lean Cuisine doesn't seem as appetizing now!

What a beautiful villa, Blur. It must have been so relaxing just to "exist" inside it.

I want to come as well...by the way that squash and pumpkin were really huge

Wow, fantastic blog layout! How long have you been blogging for?

you made blogging look easy. The overall look of your site is magnificent, as well as the content!


Here is my site apple

Excellent pieces. Keep posting such kind of info on your site.
Im really impressed by it.
Hello there, You have performed an incredible job. I will certainly digg
it and personally recommend to my friends. I am confident they'll be benefited from this website.

I every time spent my half an hour to read this web site's articles or reviews daily
along with a cup of coffee.