I have had a long working relationship with Conrad and couldn't leave UK without meeting him and his family. When I first knew him, his son Robert was just an infant. He's a 7-year-old boy now, and a really bright and good looking kid! 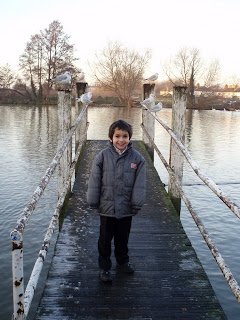 Robert posing on the little jetty. Can you see the frost on the ground? That's Eton, the university that the princes attended, in the far distance.

Conrad picked me up from Reading Station on the frosty Sunday morning and we set off for lunch at TGIF! We had a hearty meal of American food - ribs and wings before heading to Windsor Castle nearby.

It was my first meeting with his wife Josie and we had plenty to chat about. She's Turkish while he's British, and together they have 3 beautiful kids. We walked along the river and spotted many ducks and geese which belong to the Queen. They are all tagged. 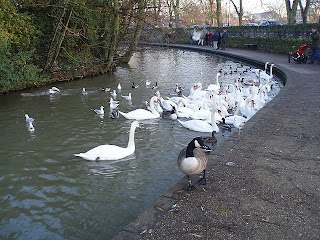 When I first saw Windsor Castle from afar, I had imagined a lonely castle on top of the hill. When we were walking up, I found it so touristy, like a Disneyland. There are all kinds of shops you can think of, from little ones selling knick knacks to big names like FCUK and NEXT. It's a shopping paradise! I wonder how the Queen gets her privacy. 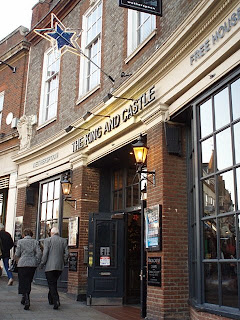 On the way up the hill to Windsor. 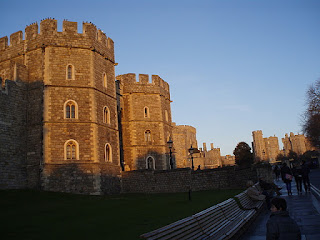 The huge castle on the left. 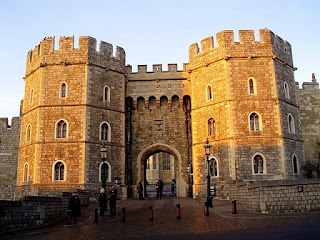 The facade. Apparently the Queen's residence is on the right wing (not in picture). 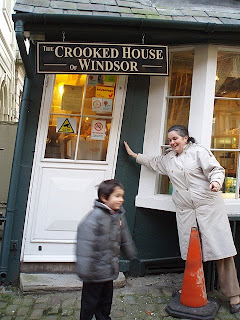 Look at how crooked this building is. Josie's trying to coax Robert to make it upright again. 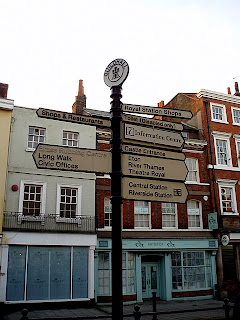 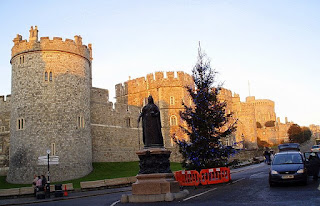 Queen Victoria's statue in the foreground.

It was really freezing by the time we left. Conrad sent me to Heathrow and by then, I really looked forward to my warm and sunny home in Singapore.
Posted by Blur Ting at 23:04

Thanks for the updates during your trip! Feel like I've been there with you! One of my grand-Uncles went to school in Oxford...

I went to Windsor castle not long ago. There's something about castles, I love the history and the tales. And can you imagine how cold they were, mid-winter, many years ago, when there was no central heating?!

Nice! Oh the Windsor area is lovely isn't it?

Now the UK memory starts coming back to me...

OOHHHH LOVE the pics and the boy is HANDSOMEEEEEEEEEEEEEE! ;-D