For some reason, I am feeling a little down today. Even a morning run along the beach failed to lift my spirits. The weather's lovely outside, so instead of moping around at home, I gave myself a nature retreat.

In my quest for solitude, I wound up at the high vantage point of Labrador Park. 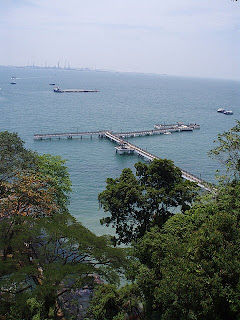 From the viewing platform perched atop the rocky sea-cliff, I was treated to a panoramic view of the park and the wide expanse of the sea below. 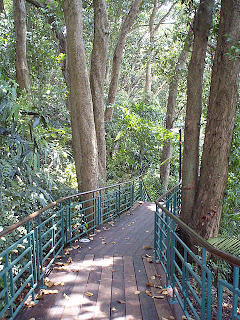 Labrador Park is an oasis of tranquility and natural wonder. I took a leisurely stroll along the boardwalk, built on the edge of the secondary forest, taking in the wondrous view of the cliff side vegetation around me. 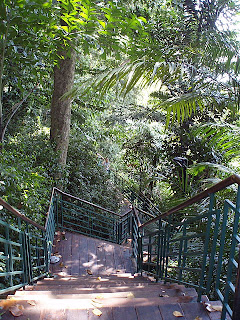 Being surrounded by lush greenery and the shrill calls of birds and cicadas is indeed soothing... 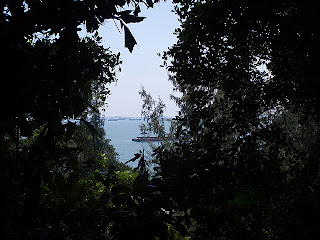 I could even catch a glimpse of the sparkling blue sea as I walked down the steps. 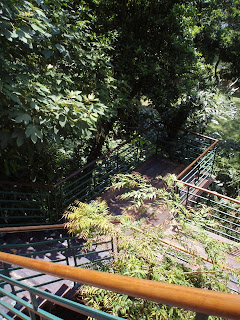 Down the boardwalk I went... 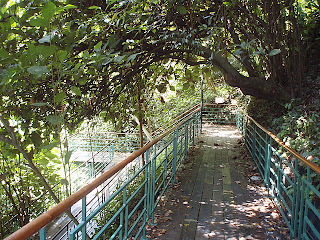 Under the tree branches... 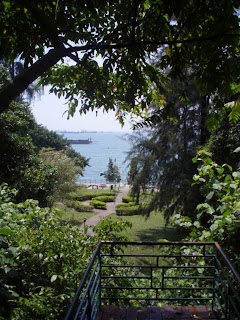 ...until I arrived at the large park below. 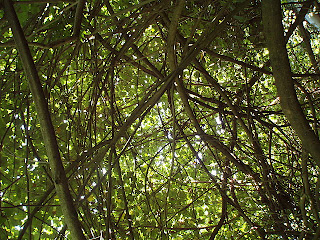 Thank goodness for the shade provided by these old trees, some of them are rare, like the monocotyledonous tree, Dracaena maingayi, estimated to be more than 80 years old. 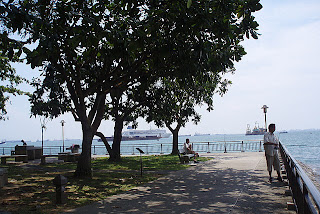 From my shady spot, I spied some ships in the horizon, even a large cruise vessel! Some anglers were lounging around, waiting for a big catch. 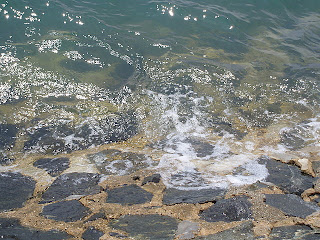 For the next 2 hours, I sat there, reading and listening to the sound of waves crashing against the rocky shore.
.
Then it was time for me to go. I walked back to the boardwalk, up to the cliff above. 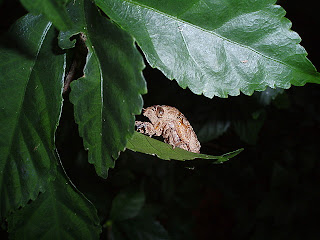 First I spotted a little insect hiding under the leaf, then another. These may be the little critters making the shrill calls in the forest. 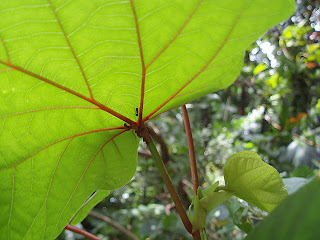 As I walked, butterflies fluttered around me. Some 11 species have been recorded here. Birds, spiders and thousands of insects, like the ants here, all have their functions in keeping the rich forest a self-perpetuating habitat. 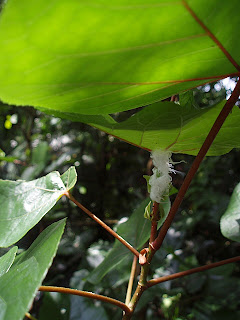 I peeked under this leaf to find a cottony home. 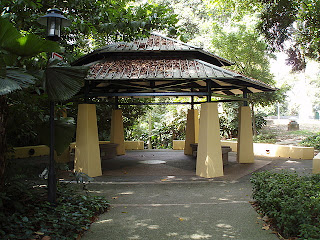 Finally, I was back at the top of the cliff, and the pavilion near the entrance. 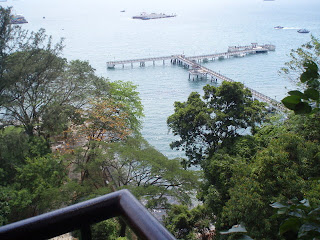 One last look at the calm waters below. 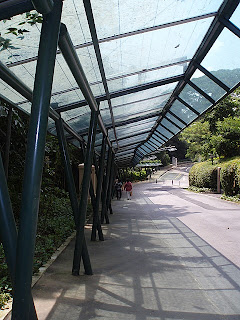 Then, I walked back to the carpark.
Posted by Blur Ting at 00:46

GORGEOUS pics, Blur!!! THANKS for taking me out on that walk with you. ;-D

Plus I hope your mood's lifted up now. :-D

aaah back to reality eh? i hope you're feeling better. we do have those days once in awhile. hopefully that walk thru nature did you good. it looked beautiful!

You know what, I haven't been to Labrador Park! All the should haves, would haves, but never had when it comes to this park. Even Robin has been there before, except me, and now looking at your pictures, I sure miss out a lot :(

This is one of the few places in Singapore on a cliff. Unfortunately we don't have any villas built in such places...wouldn't it be cool to live in one?

MH - Next time you're back, let's go together. There's a nice restaurant called Olive that sells great pasta and Italian dishes too.

Trinity from Rooms of My Heart

beautiful place. there's nothing more relaxing than the sights and sounds of nature.