You know how I go ga-ga over cute animals. I've read somewhere that one French home out of two has a pet. Naturally I saw loads of them in the city and countryside. I even managed to shoot some. Of course, when I say shoot, I mean using the camera. Duh! 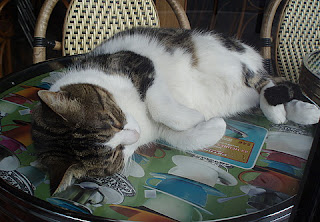 This cat was sleeping on the table top in a cafe that had closed for the day. It probably belongs to the owner of the cafe. 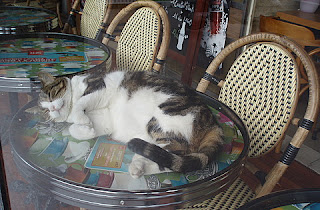 Look at its sweet smiley face in slumber. 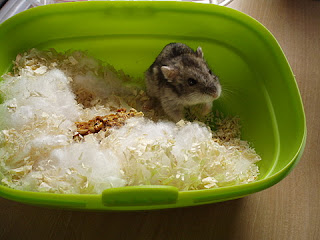 We met this tiny fella in the train. His owner, a sweet young lady, brought him along while she was traveling to Loire Valley to visit her boyfriend. It tried to escape while I was shooting him, and when I pushed it back gently into the box, it bit my finger. Ouch! 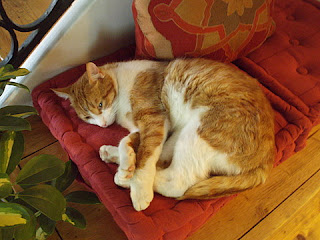 Julien belongs to Le Vieux Moulin Bicycle Touring Center where we stayed for a week. He was sleeping cosily by the fireplace when we first saw him. 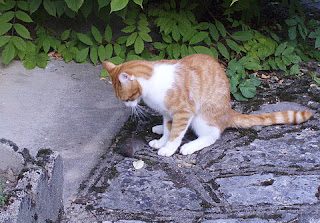 Julien caught a rat one evening. After he got tired of tossing it about in the air, he ate up the rat. Eww! 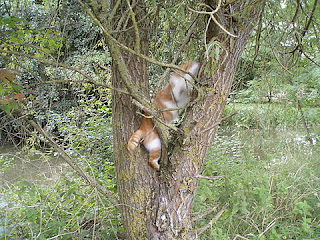 He was up in the tree early one morning, probably looking for breakfast. 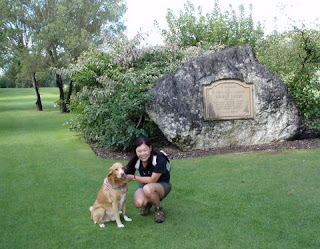 This friendly dog walked up to me in Apremont for some cuddles. 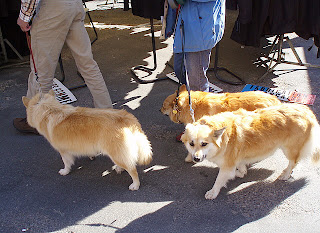 The lucky dogs in France follow their owners everywhere....to the cafes and stores. 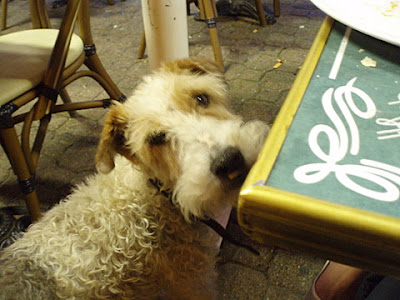 This little cutie sat under my table at the outdoor cafe, hoping I would sneak him some goodies. I did, of course, but shhhh!
Posted by Blur Ting at 01:21

I like the last picture of the cutie you sneaked treats to the best. :-) I'd have sneaked him (her?) treats too!

I love the cats.... actually all of them are so adorable

did they speak FRENCH????

I wonder if the little French kitties have accents when they meow: "le meeew". You know, like Pepe le Pew... :)

he he, you ladies are funny. I have never thought about the accent but now I'm trying to imagine. Next time I'll pay attention ok?

cool. you took photos of the locals ;)

The system requirements are also very modest, as is the case with most of such games.
Usually, these kinds of games have penalty so beware and make
sure that you answer correctly. He has some good excuse, too busy, work, family commitments.