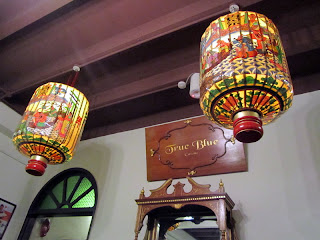 Our friend Chris loves Peranakan food. He has been to all the major Peranakan restaurants in Singapore except for this highly acclaimed and award-winning one called True Blue Cuisine.
During the week, excitement was building up as we exchanged emails about dining at True Blue on Friday. Alas, the restaurant was fully booked. Just as we were about to look elsewhere for our Peranakan fix, Chris called to say he managed to secure a booking at 6.30pm. It was a bit of a rush for everyone but I must say it was worth it.

The beautifully decorated restaurant with many awards adorning the wall was empty when we arrived, leaving us a little puzzled. Halfway through our meal, groups of important looking people in power suits started streaming in. They were attending dinner hosted by a bank. We felt like intruders in a private party. Can you see the bankers behind us? 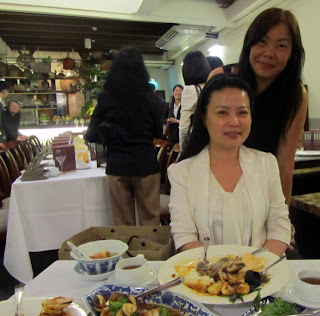 We let Chris, the Peranakan foodie do the ordering. He over-ordered as usual, and we ate until we were bursting. Dinner for four came up to S$300. I was hoping the rich bankers behind could pick up the tab.

During dinner, he revealed that he first laid eyes on his wife during a company dinner at Blue Ginger Peranakan Restaurant some eight years ago. He was so captivated by her beauty, he couldn't take his eyes off her. When he discovered she was a colleague from Seoul, he set his heart on wooing her. As we all know, long-distance relationship can be very difficult but they're blissfully married now.

I think eating Peranakan food brings him happy memories of their courtship. They're a really sweet couple and we always enjoy sharing a meal with them.

In my opinion, True Blue at Armenian Street serves one of the best Peranakan (Straits Chinese) food in Singapore. Every dish that we ate was excellent, except for the Itek (duck) soup which was a little too bland for my liking. When I make this dish at home, I load it with ingredients so that the soup is robust and flavourful.

Then again, True Blue's light and refreshing version (below) was just right for that night, as an accompainment to the other rich dishes that we ordered. 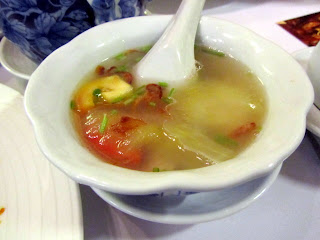 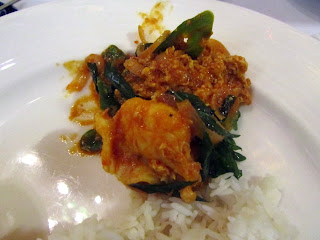 The curry prawn was the most expensive dish that night. Each portion (one large shrimp) costs $15. 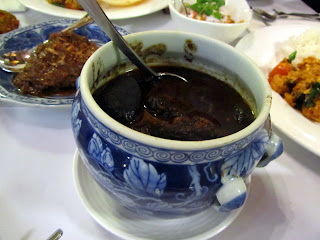 The robust ayam buah keluak curry served in a pretty pot was the best I have ever eaten. We also ordered beef rendang (in the background). 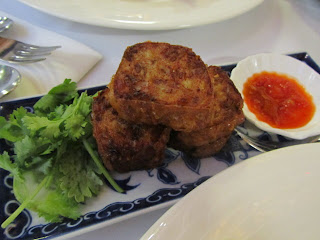 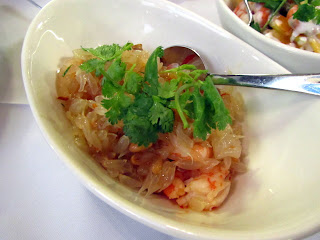 The pomelo salad was delicious and refreshing! The succulent and sweet pulp went very well with the tangy dressing. 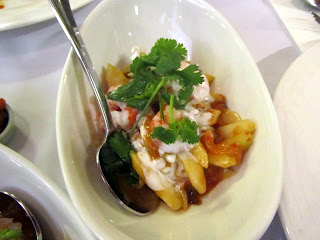 Banana blossom salad was another winner! 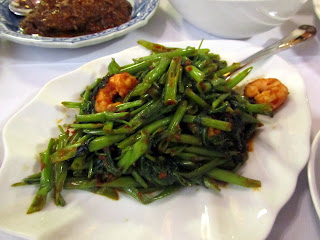 Hi Blur, since u n frens enjoy Nyonya food, I have emailed u details re Peranakan Ball in July. Among the cooks r Philip Cheah who's very good!

WOW WOW WOW...I'm drooling here...I miss eating keluakkkkk!!! Gonna eat it later in Indo (must remember) he he he...

The food look so tempting!