1 birthday, 2 cakes and 3 days of celebration

Like any good Bollywood style wedding, CH's birthday celebration stretched over three days though there was nothing lavish about it. Instead, it was a good mix of food, friends, fun and adventure.

We kicked off the celebration with a spicy Nonya dinner at Glory Restaurant with his best friend on Friday. 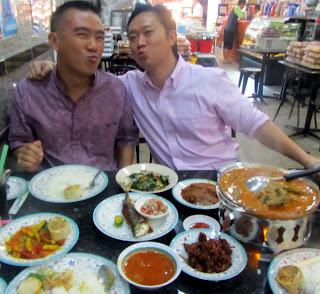 After dinner, I had to stop CH from walking into some really tempting dessert shops along Joo Chiat Road. Instead, I kept steering the group towards Gobi Dessert where I had secretly ordered a birthday cake.

When we were seated, I did my best to discourage the guys from ordering cakes. It's not easy to keep a secret. Finally, I sent a signal for the cake to be brought out. CH didn't seem very surprised afterall. 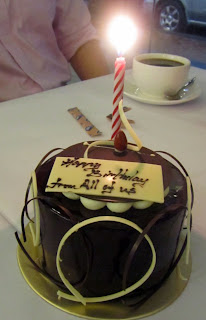 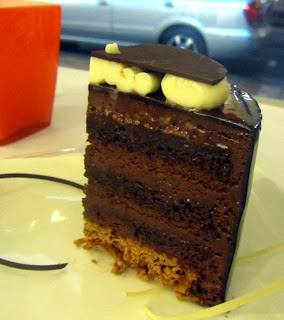 The cake was very rich and delicious. 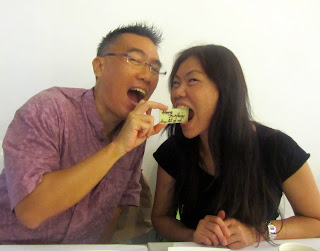 CH likes to do something meaningful or different on his birthday. One year, he volunteered in a beach-cleaning exercise. Luckily for him, all the finalists of the Miss Earth Pageant were also taking part. For an entire morning, he was surrounded by trash-picking beauties. He swore it was sheer coincidence and that he had no idea they were coming.

Anyway, this year, he wanted to do the Forest Adventure - an aerial course built through the trees comprising ladders, bridges, swings, nets, trapezes and giant zip lines. 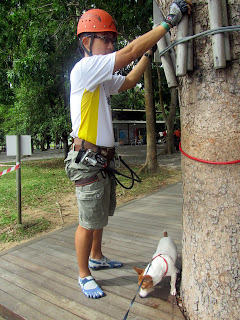 I brought Rusty with me so I had an excuse not to participate. I'm afraid of heights! I became the photographer instead. 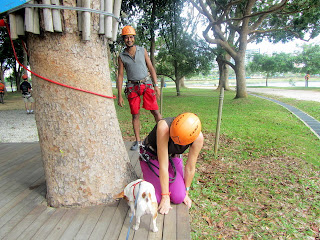 Well, the things that they did were exhilarating but at terrifying heights. I was happy to watch from the firm ground below. 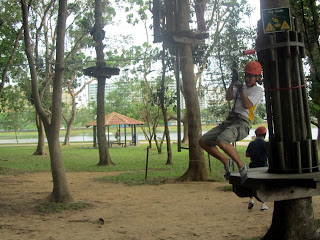 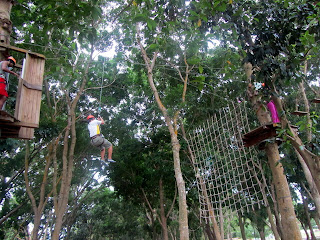 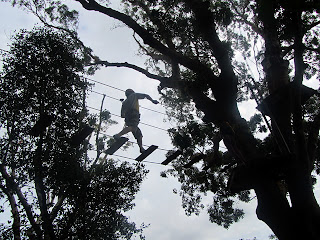 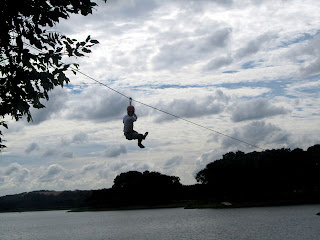 The entire course took 2.5 hours to complete. I must be missing out because he said it was the most awesome experience ever.

The celebration continued after that. I brought a black forest cake to Labrador Beach to join him and friends for drinks. 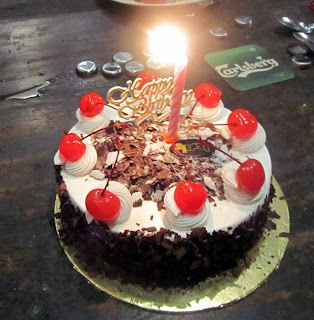 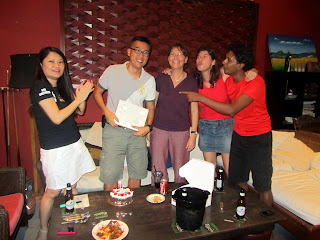 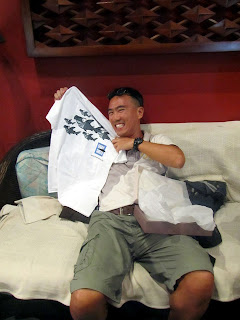 After drinking half a dozen bottles of beer, I'm impressed that H could stack 4 bottles into a tower! 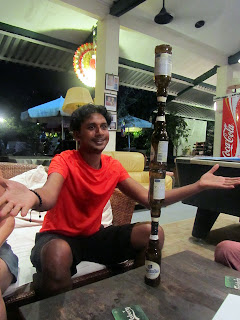 I didn't even get a sip of beer as I was driving. For all my effort, I was rewarded with a kiss. 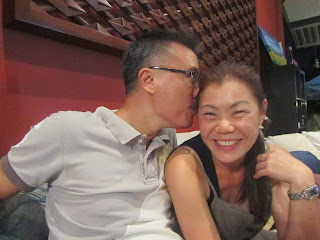 His actual birthday was on Sunday. No more birthday cakes but we went hiking at Chestnut Trail instead. 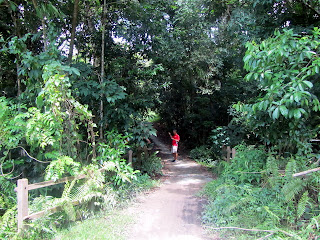 The sky was gorgeous that day. 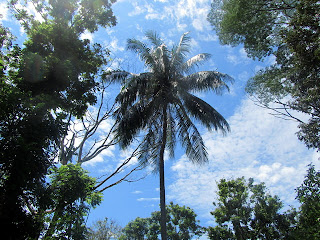 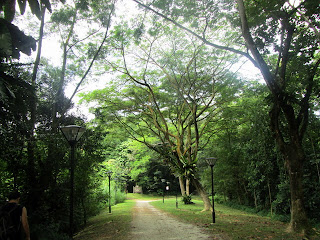 After trekking for a couple of hours, we stopped by the railway track along Upper Bukit Timah Road to find lots of people strolling under the hot afternoon sun. Not surprising really since 17th July was the last day people were allowed to walk on the tracks before they are closed for dismantling. 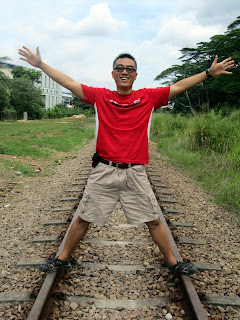 Malar - Me too! I don't celebrate my birthday also.

LOVE the photos, esp. the one where CH kissed you HA HA HA HA HA...:-D

Thanks for a great birthday weekend baby!

Wah, 3 days of fun to celebrate a birthday! Cool! I like the part about "trash-picking beauties". You must be very amused. WAHAHAHA!

Haha, trash picking beauties must be very distracting :-) Don't know how much work the guys got done that day.