Mom called today and told me to brace myself for what I was about to hear. "Harry is dead", she said.

I could hardly believe my ears. When I saw him barely two days ago, he was as normal as could be. By that, I mean he was bossy (over Bodhi mostly), lively, playful, affectionate, attention-seeking, adorable and as healthy as can be.

Sure, he had skin problems from time to time but nothing that the vet couldn't fix. Just this morning, he was still barking and running after visitors at the farm. Half an hour later, they found him lying motionless at the garage. He was already dead. Maybe he had a heart attack.

If you had seen Harry, you wouldn't have guessed he was a Japanese Spitz. When he first came to stay, he had a beautiful coat of white fur. Over time, we discovered he had a severe skin condition that required regular treatment. We figured that could be the reason why he was abandoned near our farm. 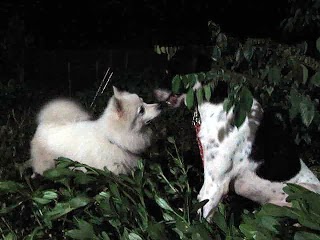 From time to time, his fur fell off in patches, revealing wet weeping wounds beneath. He would return from the vet shorn and looking quite naked. It was quite a comical sight. 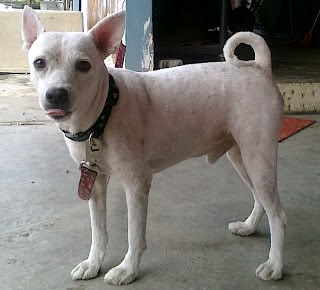 To manage his skin condition, I bought a pair of electric clippers so we could groom him ourselves. Because I had zero talent in styling, poor Harry had to put up with the bad workmanship. Of course that didn't stop him from behaving like the leader of the pack. 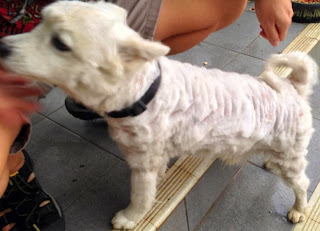 While he was bossy with the other dogs, his perfect manners quickly stole our hearts. He was affectionate and such a joy to be around with, we think he was my father's favourite dog of all time. My father must have been heart broken to find his loyal companion gone this morning.

We will miss you dearly too. R.I.P Harry. 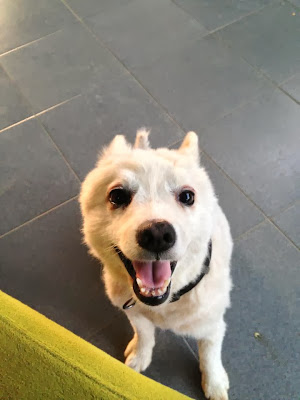