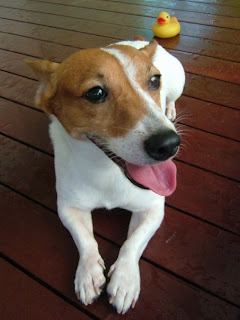 The motley crew descended upon CH's quiet abode to chill out by the pool yesterday. They wasted no time and jumped in to escape from the sweltering heat. What heat? I have fur yet I'm not complaining! 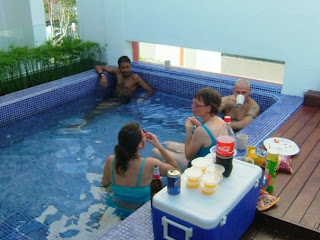 I was greeted with cheers when I arrived later. I think they must be hungry because they've had no grub all afternoon except for beer and whiskey. Thank goodness mummy brought some bruschetta and hae chor (prawn rolls). Drool.

The lovely Aunty Beverly came later with a whole load of goodies. She thinks I'm so cute. I like her too, especially the little hotdogs that she brought.

Needless to say, I quickly became the star. Everyone took turns to coax me into the pool. 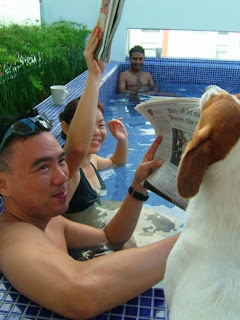 Do you think I would jump into a pool with 7 people inside? All that sweat and dead skin. Urgh! 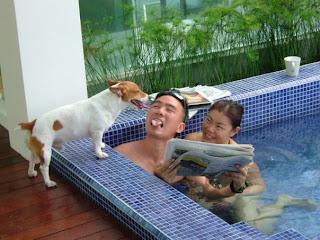 Then Aunty Patricia caught me unawares and brought me into the water. Yikes! Nobody came to my rescue. I paddled to the steps and made a quick escape. They had the cheek to laugh at me! 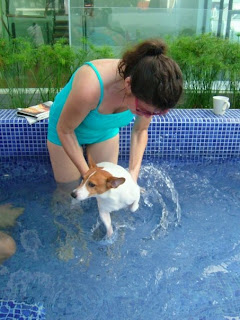 You can tell I wasn't a happy dog! 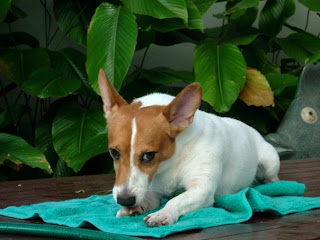 But she wouldn't give up so easily. She was the one who started luring me with hotdogs. She knows I can't resist a hotdog when I see one. Well, I managed to gobble a few down without even getting my paws wet! 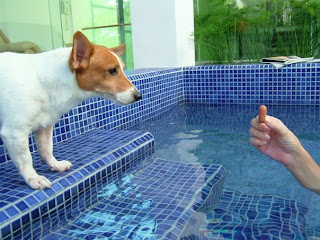 Naturally, everyone wanted a photo with me. I'm a hot dog! 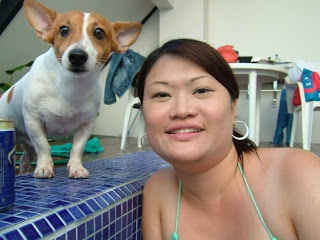 Patricia says I remind her of her jack russell that she had as a kid. She tried to relive some of her childhood memories while clinging on to me. 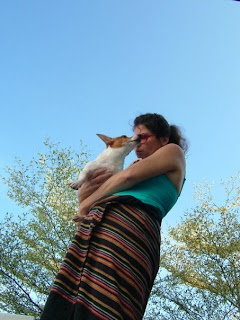 Though I couldn't understand German, I tried to show her "I'm all ears." 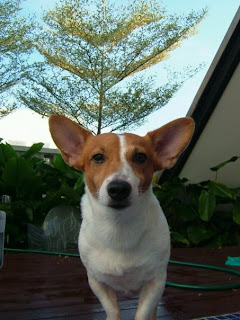 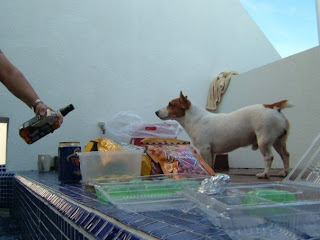 Surely he must know I don't drink. I only save lives. I'm a Wonder Dog! 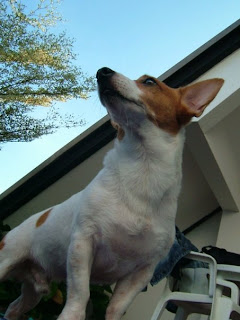 And I watch over damsels. Give the ladies a Tiger! 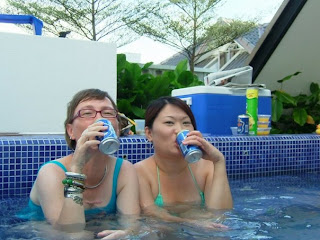 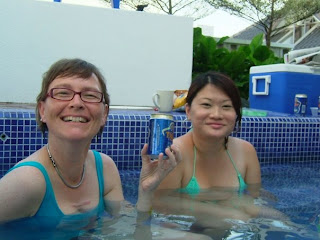 Mummy knew I was getting restless, so she took me out for a walk. 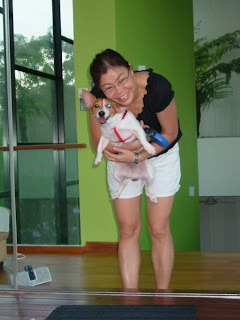 When we came back, the pool was empty except for the rubber ducky. 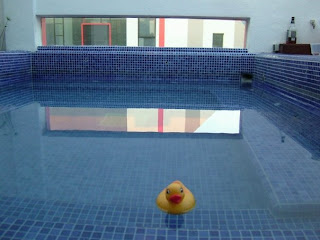 It was getting cold and everyone decided to put on some clothes at last. This lovely couple wanted to bring me home to meet their notorious cat Zar Zar. They must be kidding! You should have seen the scratches on their limbs! 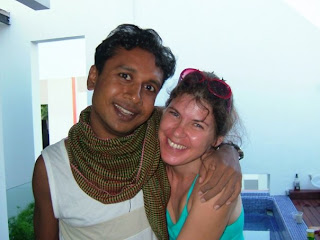 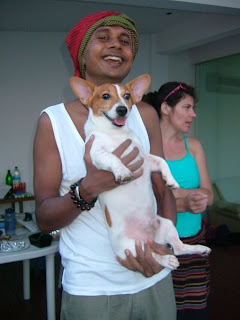 Suddenly Aunty Patricia brought out Christaine's birthday cake and an even bigger knife. I like cheesecake, especially this kind. Mummy gave me some. I hope she buys me one for my birthday. 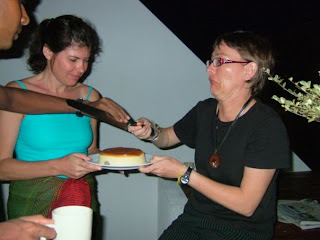 Thank you, Aunty Beverly, for the photos. You take great pictures of me.
Posted by Blur Ting at 01:34

Aww... You welcome Rusty! Love, Aunty Beverly. ^_^ How come Patricia is not Aunty but I am ah?

Sorry! I forgot me manners.

he's supermodel quality siah! the kind tat gets jets to send him around for runways! kekekeke......

AWWWWWWWWWW sounds like a COOL get-together indeed and Rusty, you're the star!!! :-D

Ooooo Rusty, you are looking spiffy there. I see your adjusting well to city life. ;)