With the day trip to Kamakura, our short work trip was turning out to be a pretty fulfilling one. Being a seaside town, Kamakura has some large beaches though sadly, in 1293, a major earthquake and tsunami hit this region killing more than 23,000 people.

Kunieda-San wanted us to experience Enoshima instead, a small seaside town next to the island in Kanagawa prefecture. To get there, we had to take a rattling old Enoden (江ノ電) half-train/half-streetcar. 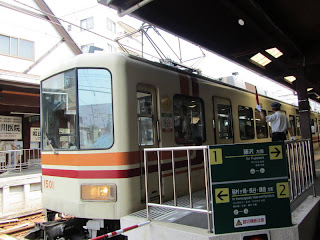 We arrived at Katase-Enoshima station after a short ride. On a clear winter day, you can get the best view of Mt Fuji from here. Too bad the view was totally obscured on that hot summer day. 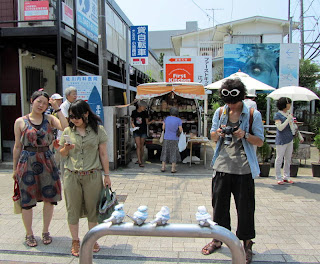 Enoshima is an extremely popular beach destination with a bit of a laid-back California surfer vibe during summer. Beach boys and babes love this place. 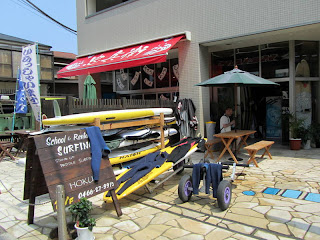 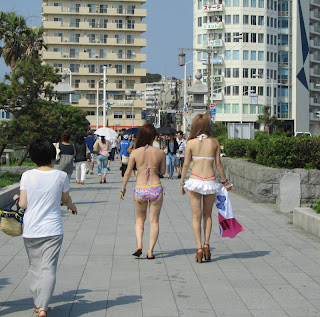 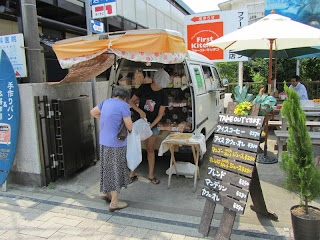 The shops leading to the beach sell mostly summer wear and beach-related gear. It didn't feel as if we were in Japan. 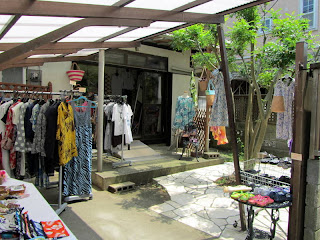 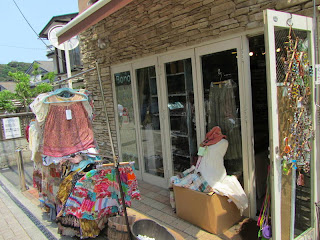 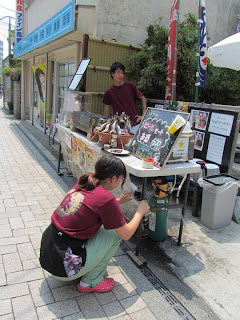 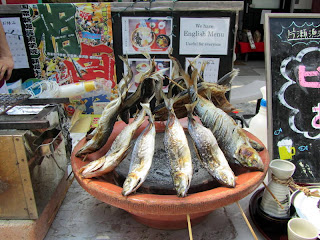 The most common way to get to the small island of Enoshima is via Enoshima Benten Bashi (Bridge). Instead of walking under the blazing sun, we took a small boat that runs back and forth between the causeway and the back of the island (near the caves). The ride takes less than 10 minutes. 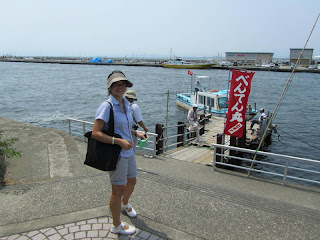 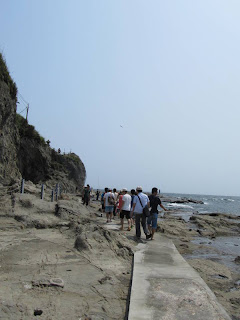 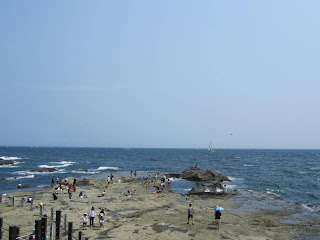 Enoshima is blessed with the abundant beauty of nature and sea. 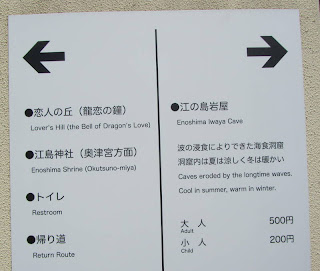 The caves are worth a visit. We were each issued a small lantern so we could find our way around inside the caves. It felt so cool and damp inside. 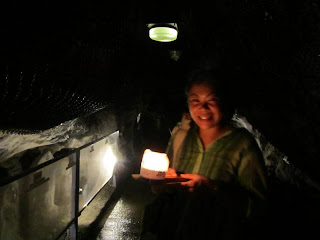 Most pathways in the island only allow foot traffic. To get about, you will have to climb many stairs, high slopes and hills. 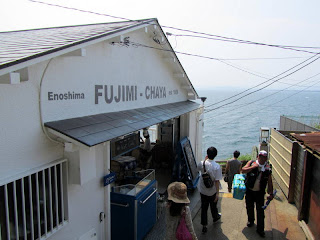 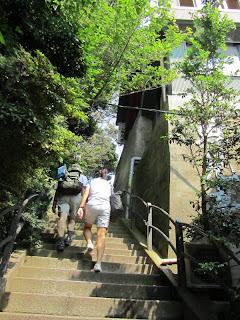 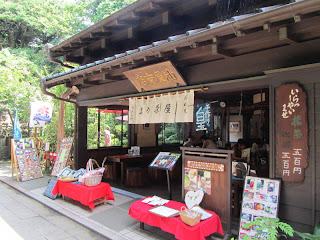 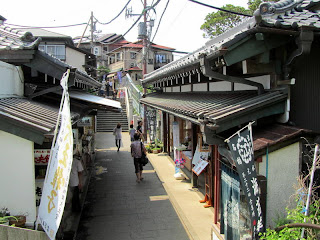 We stopped for crushed ice under the shade. One of our ice balls collapsed and crashed onto the floor under the heat. 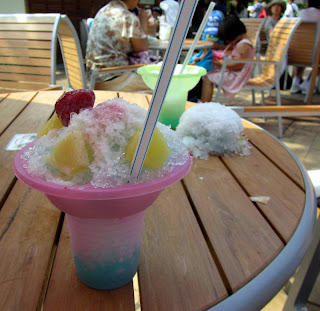 If you are into shrines, there are plenty in this little island for you to check out. 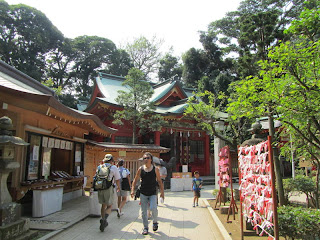 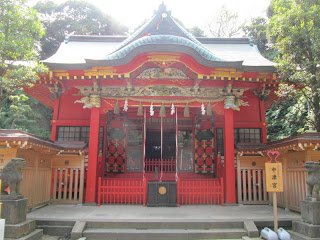 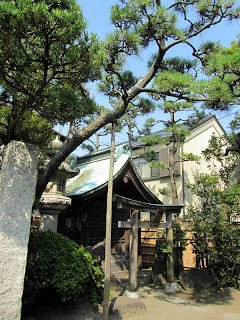 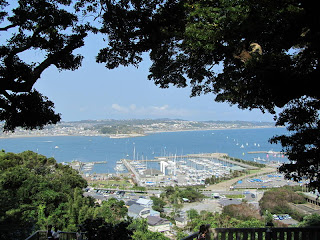 This is the first athletic yatch harbour in Japan and was built for the 18th Olympic Games in Tokyo in 1964. On a usual day, there are about 1,000 yatchs moored here. 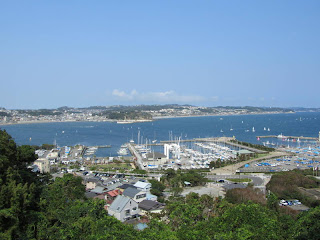 The narrow street, lined with souvenir shops, is always more crowded near the bridge which leads back to the mainland. 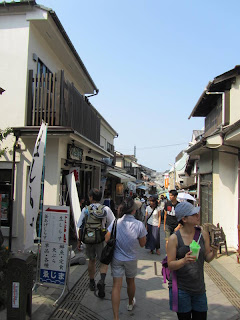 To get back to the train station, we took the bridge. Luckily, the late afternoon sun was more merciful, making the walk amongst bikini-clad girls and surfer dudes rather enjoyable. 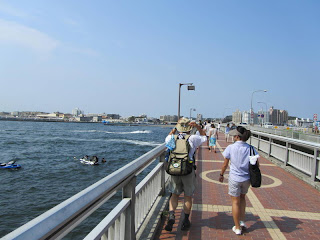 Your pictures are always so interesting, as well as beautiful to look at!

Lucky you! You get to travel soooooo much! Lucky me, I get to read about it!

Your blog is like tour blog! Very interesting instead! ;)

And powering its various affairs will be the dual core Nvidia Tegra 2.
Additionally, the wireless connectivity has good speed.
3GHz Nvidia Tegra 3 quad-core processor plus 1GB of RAM.

Its size enables someone to easily make it anywhere they're going, permitting them use of any media anytime they really want. Currently, I have Mac hardware, and there are benefits to product synergy. Kindle Fire Covers come in many styles and designs.

Nikon D200 was launched way back in November 2005 and still
is one of the favorites for beginners in photography field.
Of course, choosing a camera body doesn't lock you into only using lenses by that manufacturer, as there are several good third-party lens makers producing quality lenses for both Canon and Nikon cameras. The zoom manage is actually a rotary bezel around the shutter button, and it really is a bit jerky, but with 12 actions between minimal and optimum it's able
of relatively precise framing.

It's awesome in support of me to have a site, which is valuable
designed for my experience. thanks admin

I'm amazed, I must say. Seldom do I encounter a blog that's both equally educative and amusing, and without
a doubt, you have hit the nail on the head. The problem is something
which not enough folks are speaking intelligently
about. I am very happy I stumbled across this in my search for
something regarding this.