Four years ago, we flew to Seoul to attend a friend's wedding. Two years later, we attended another wedding ceremony for the same couple in Singapore.
Two months ago, we went to Hong Kong for CH's niece's wedding reception. Last weekend, we attended their church wedding in the morning and a grand dinner at night.

There are so many couples from diverse backgrounds amongst our close friends - British/Malaysian, German/Bangladesh, Korean/Singaporean, Japanese/Singaporean, that we have been privileged to experience different traditional ceremonies.

Even here in Singapore, we've had the opportunity to attend weddings according to Malay, Indian, Christian and Buddhist customs.

So, back to the ceremony last weekend. Everything went according to plan. The bride looked ravishing, and the groom was very smart and handsome in his formal military outfit. 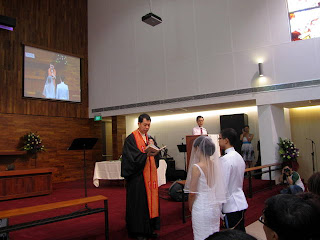 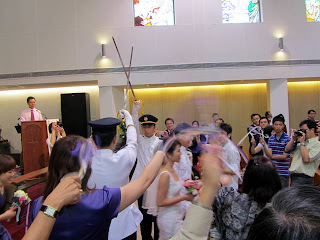 Everything was so well coordinated, right down to the outfits that the bridesmaids wore. 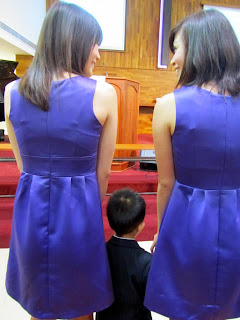 The cake was delicious and real, unlike the dummies you see at most wedding dinners. 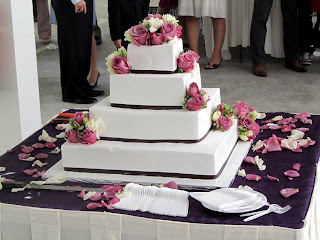 Besides the cake, we were treated to a sumptuous buffet lunch. They even brought in an ice cream vendor who worked non-stop to feed the crowd. 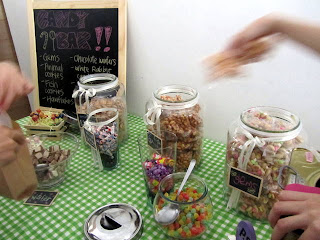 The candy bar was a hit with the kids. 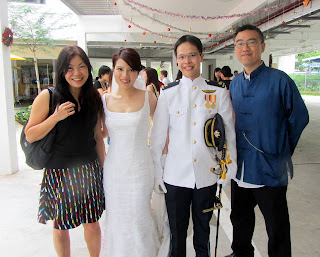 After lunch at the church.

That night, we were treated to a delicious dinner at The Executives' Club on the 33rd floor of OCBC Centre. 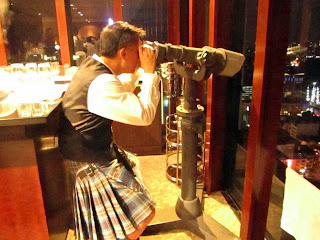 The view from the top was stunning! 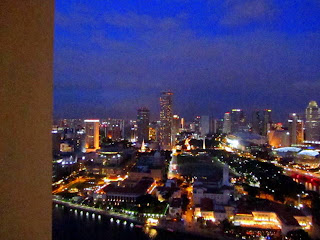 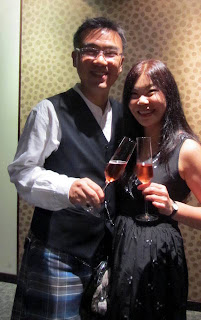 One wedding, so many treats!
Posted by Blur Ting at 17:52

How do you always manage to look so lovely in photos!!

Petunia - I think it has everything to do with my spectacles. I look so bookish in them.

I always see you in black! Your favorite colour?
Anyway you looks so beautiful!

That's so neat that you get to go to so many weddings... I havent been to one in AGES!

You are very photogenic! The only photos I ever look good in is my own wedding photos! (Thank goodness though!)

That's quite a wedding! I've lived here for almost 4 years now and I've never been to anybody's wedding he he he he...

You and CH always look great together! :-D