Like many people, I was quite shocked and saddened to read about the blaze that tore through a two-block swath of film sets on grounds of the Southern California attraction in Universal City, Calif. yesterday.
.
Apparently the fire erupted about 4:30 a.m. Sunday on a streetscape featuring New York brownstone facades and destroyed a King Kong attraction, the courthouse square from "Back to the Future" and a streetscape featured in "Spider-Man 2" and "Transformers." The blaze also gutted a building housing thousands of videos.
.
It's not that shocking actually because if you take the tram ride through the studios, you'll be treated to many explosions and fiery scenes that Hollywood movies are so famous for.
.
I brought the kids to Universal Studios not too long ago. It was my second trip but an eye opener for the boys. We took the tram through movie sets and were wowed by the special effects. Why don't I take you on a virtual tour? Come on... 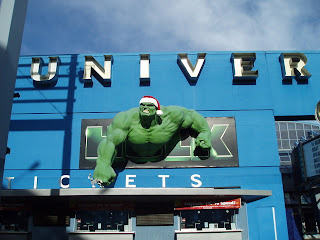 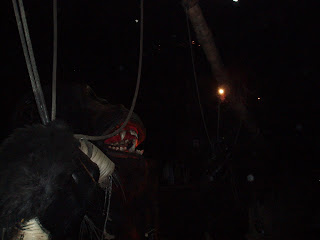 We saw King Kong's wrath on the Studio Tour but now that the set has been burnt to the ground, you probably won't be seeing this anymore. 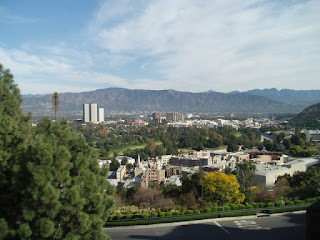 If I recall correctly, if you look down from Universal Studios which is situated on top of the hill, you'll see Warner Bros studios below. 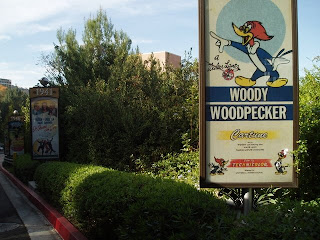 Remember Woody Woodpecker? I grew up watching this. 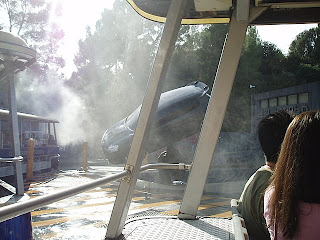 An outdoor scene from Fast & Furious. 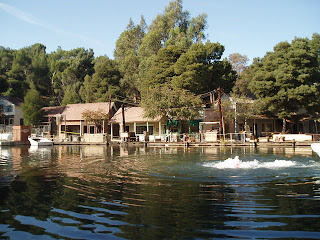 It's hard to believe but the movie Jaws was filmed in this little lake. 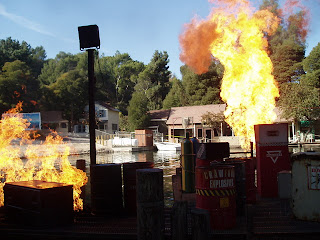 One of the many explosion scenes. 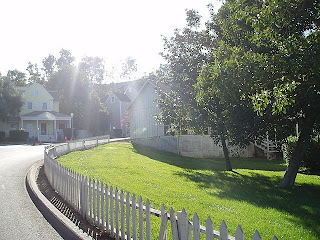 Does this look familiar? It's Wisteria Lane from ABC's hit series Desperate Housewives. 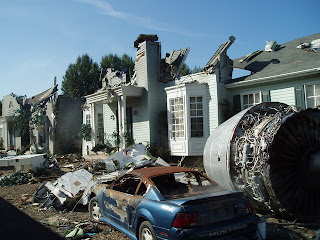 See devastation beyond imagination in the still-smoldering movie set from Steven Spielberg's Film War of the Worlds. 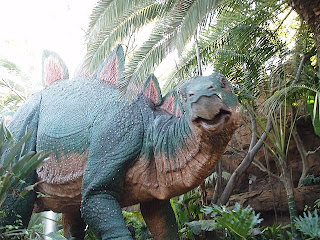 Get upclose with a dinosaur from"Jurassic Park". 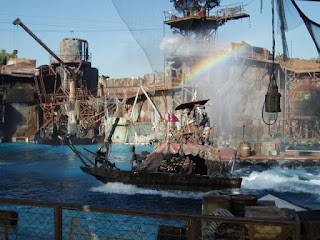 Watch the hit motion picture WaterWorld come surging to life in a spectacular tidal wave of death-defying stunts, awesome explosions and an ocean of thrills. 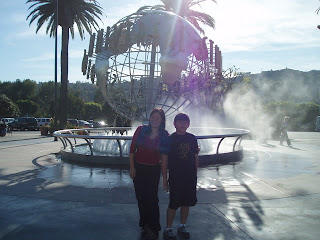 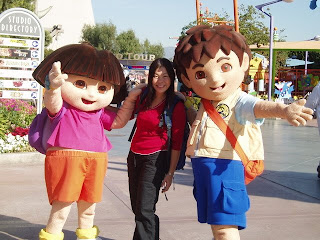 Take some photos for memory. 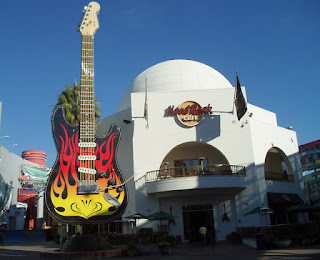 And finally, unwind in Hard Rock cafe.
Posted by Blur Ting at 17:28

I positively absolutely sincerely most definitely must visit the place one fine day!

Nick - I'm sure you'd love the place and the RIDES. I'm afraid of the rides. Any kind of rides for that matter.

good memories! i been there too.. twice i think!

Wow, fab pictures!
I went there when I was nineteen and loved it! Your pictures are better than mine though!

I'm very happy to uncover this web site. I wanted to thank you for your time
just for this fantastic read!! I definitely savored every part
of it and I have you bookmarked to see new information in your web site.

Do you have a spam problem on this site; I also am a blogger, and I was
wanting to know your situation; we have developed some nice methods and we are looking to swap techniques with other folks, be sure to shoot me an e-mail if interested.

Hi, all is going sound here and ofcourse every one is sharing
facts, that's actually excellent, keep up writing.