Margaret River is not just a place for the wine connoisseur. If you drive further up north, you will witness the most gorgeous Geographe Bay coastline which is protected from the rough seas of the Indian Ocean by Cape Naturaliste.

Our journey along the coast began with a visit to Busselton Jetty - a must see for all nature lovers. 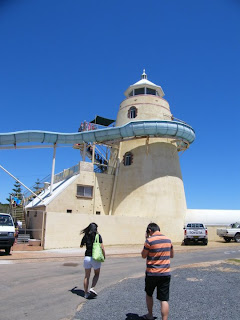 One cannot miss the Goose Restaurant, prominently located by the jetty. 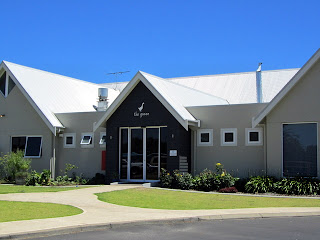 I like how simple yet appealing the architecture is in Australia. 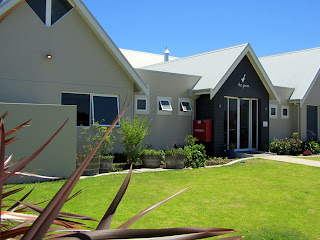 Unfortunately the Busselton Jetty, featuring the longest piled jetty in the Southern hemisphere and stunning underwater observatory, was undergoing a $27m restoration. 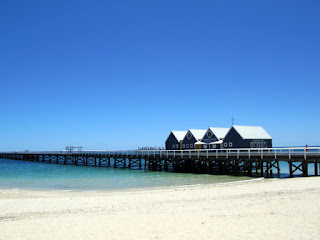 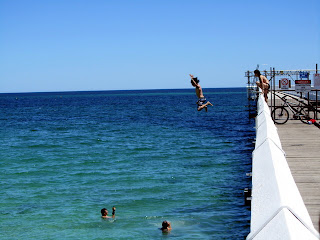 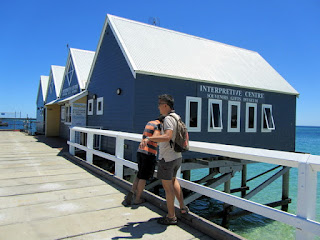 We went to the museum and giftshop instead. 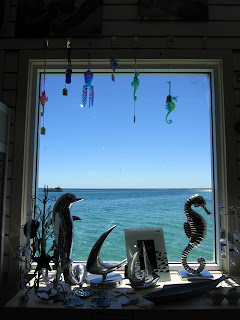 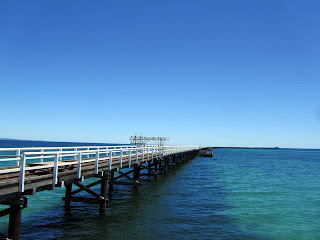 Since we couldn't walk on the 2km long jetty, we took the next best alternative - a short timber strip along the beach. 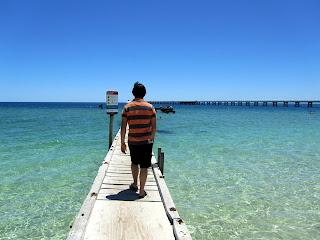 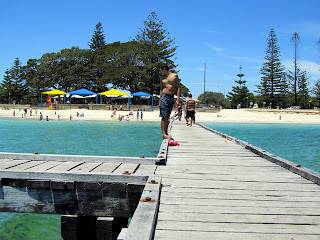 From Busselton, we drove to Cape Naturaliste. The view was so mesmerising, we had to stop along the way for photos. 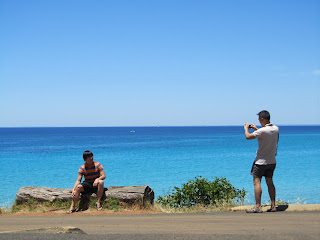 The guys spotted a lizard which scampered quickly into the crevice. Here's CH, trying to get a photo. 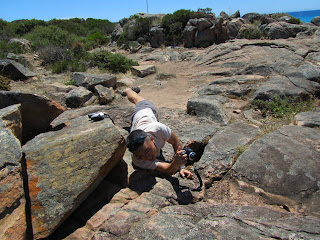 You never know what you're going to come across during a road trip. When I saw a sign pointing to an olive farm, I had to make a stop! 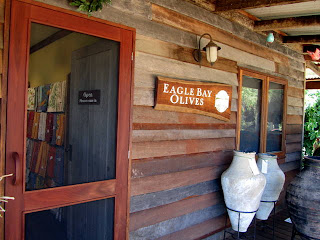 I had a chat with the friendly owner and former microbiologist Julie Lloyd and was pleased to learn that she grew up in Penang, Malaysia. 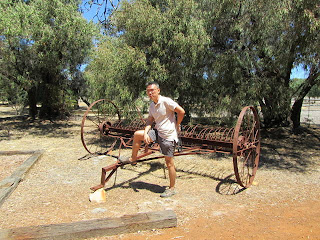 There are some really interesting looking antique farm equipment and colourful cows in the yard. 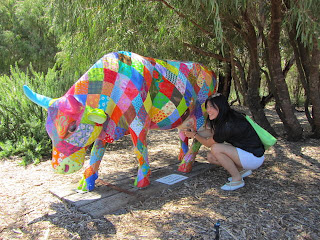 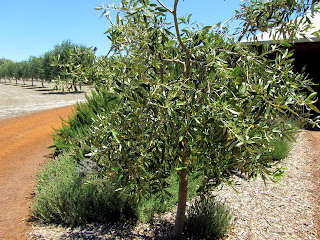 The olive trees are grown in such an orderly manner! We left the shop with jars of dukkah, a crumbly nut and spice blend typically associated with Egypt. Strangely, dukkah is very popular in Australia. We kept seeing them in the gourmet shops. 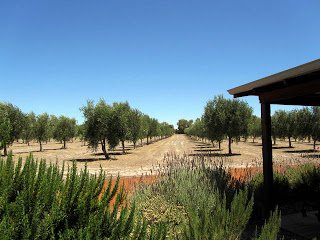 After filling my tummy with different varieties of olives, we headed straight to Meelup Beach near Dunsborough and were rewarded with amazing views of the ocean. 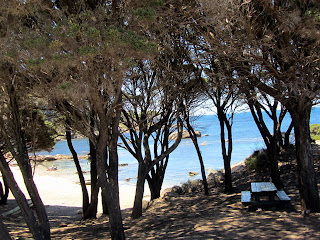 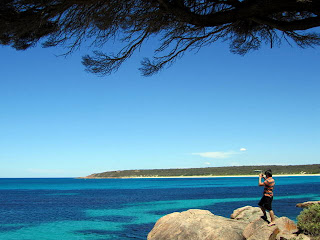 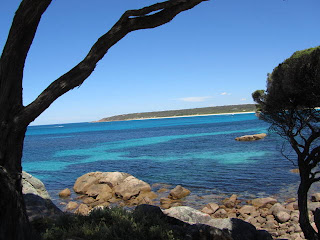 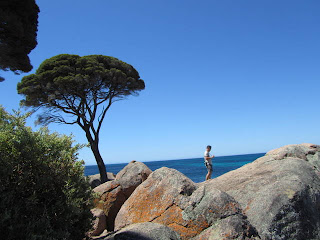 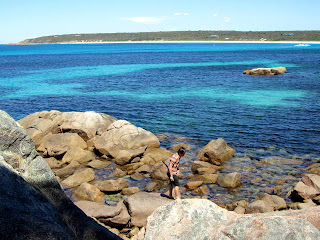 By the time we were done with the beach, it was time for late lunch. The nearest restaurant along the cape is Bunkers Beach Cafe. I love how the cafe overlooks the spectacular beach. And I love the food, the layout and ambience. I could live in a building like this for the rest of my life! 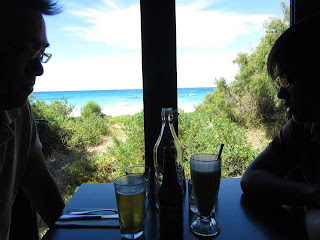 We were lucky to stumble upon this award-winning restaurant without having to try very hard. I had the pan seared scallops while CH had the venison ribs. 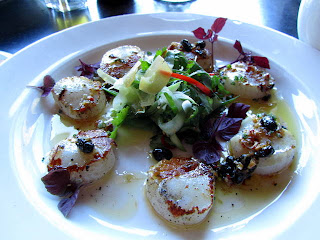 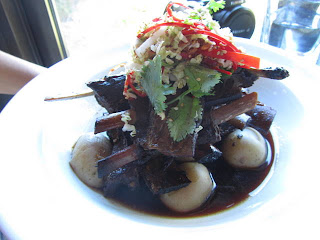 SK had fish (again). He ate fish almost every day. 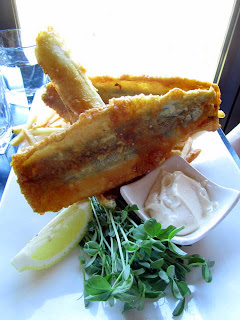 Wow look at the shades of blue!
Beautiful indeed.

Beautiful blue.. and I would have sure loved to drop by an olive farm too!

MH - The sight was quite jaw dropping.

OKC - I thought of you ladies when I was in the shop, and I wanted to bring back 3 jars of pesto back for you all. Unfortunately the owner told me the pesto must be refrigerated all the time and eaten within a day or two. :-(

The views are beautiful! Australia is such a lovely country...I'd like to go back one day...

JY - You should go back again with your family. Just don't go around April or the flies will really ruin your trip.

Petunia - Yes, they were so fresh and sweet! Only thing is they don't fill the tummy.