I had suspicions that the Taman Negara Canopy Walk was not going to feature anywhere in YK's itinerary for he had other things to do. So when I announced on day 2 that I was going to do the walk myself, they tagged along rather reluctantly just to be sure I would be safe.
I knew that deep down inside, they wished they were somewhere else because the forest trail leading to the canopy walk wasn't teeming with the kind of butterflies they were anxious to shoot.
Situated 1.5km from the Park HQ, the Canopy Walk stretches 530 metres in length and 40 metres above the forest floor. Originally built for research purposes, it has become a major attraction at Taman Negara and a popular place for bird enthusiasts.
﻿
﻿

If you have sharp eyesight, you can spot creatures like skinks and insects such as this interesting one below. 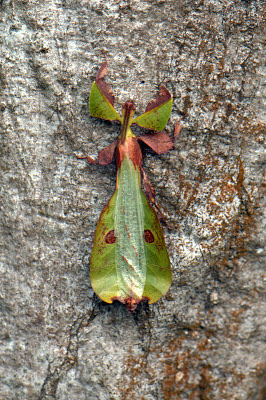 We paid an entrance fee of RM5 to enter the canopy walk. Luckily there were only a couple of visitors around that morning.  During the weekend, we were told that there was such a long line of people, the waiting time was 3 hours! 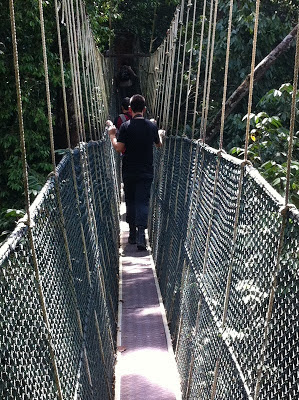 It was first built in 1993 which makes it as old as YK now. Stepping on the worn out and sometimes uneven and shaky platform made me nervous. Even though we're protected by the netting along both sides, the bridge swayed as we made our way across, I did not even stop to survey the tree tops around us.
There are 9 platforms constructed on the tree top which provide a bird’s eye view of the rainforest's 5 main canopy layers. Only 4 people are allow on each platform at one time. 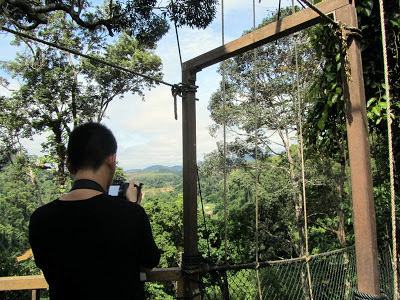 ﻿
I don't know if it's a blessing to be on such a long canopy walk  because after walking stretch after stretch of narrow swaying platform, my legs became wobbly. The second leg of the walkway was cordoned off due to damage. While I was happy to end the misery, the guys lamented that they should get a 50% discount! 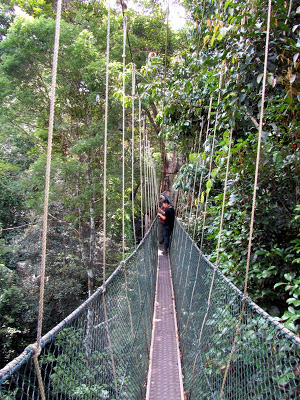 Then there is a steep descent to the base where you can continue trekking deeper into the forest or make your way back to the park HQ. 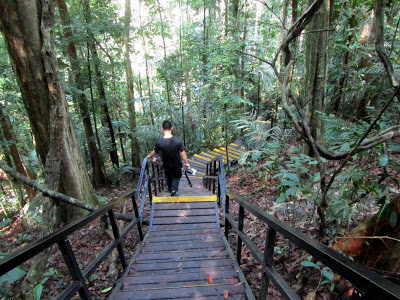 After spending the entire morning here, we decided to break for lunch before going to other areas in search of butterflies. Losing copious amount of sweat in the morning made us crave for ice cold drinks instead of lunch. At the floating restaurant, my noodles wrapped in fried eggs turned out to be disappointing. 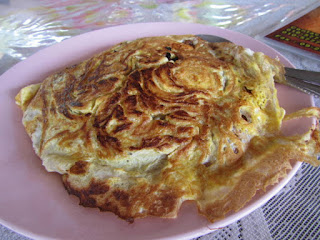 The weather was particularly hot that afternoon, still the heat didn't stop the guys from running out of the restaurant to shoot butterflies frolicking under the sun. 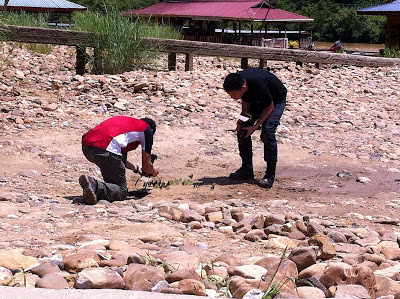 Stunning photographs. I think those platforms would have made me very nervous!

Since you went all the way to Taman Negara... got yourself leeched and insect attacked for the love of your son, I guess it is the least the guys could do to go on this walk with you?