What I'm about to say is going to sound rather ridiculous - we got up at 2.30am to catch a cab, followed by a forest train up the Alishan mountain to see the sunrise. We thought we were way too early but when we got there, hundreds of people were already waiting in the dark.

And this was the lull period. I can hardly imagine what it is like during spring time, when the forest is ablaze with cherry blossoms and packed with hordes of camera toting tourists. 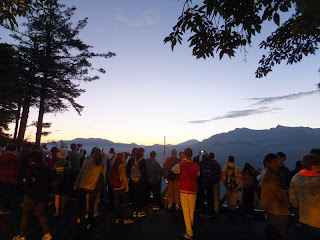 After much anticipation, the sun finally surfaced at 6.10am to the applause of the crowd. We were indeed lucky to see the beautiful sunrise. It was worth waking up so early after all, considering just the day before, the rising sun wasn't visible through the thick fog and clouds.

Whilst the sunrise was lovely, the hike down the forest trail was even more enchanting. It is home to  majestic cypress trees, some of which are over 2,000 years old.

The following photos taken by SK bring out the true beauty of Alishan Forest. 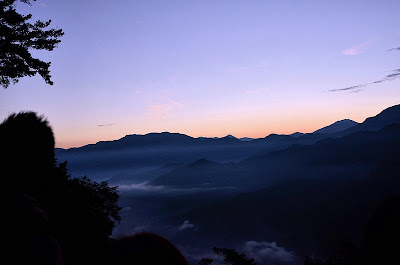 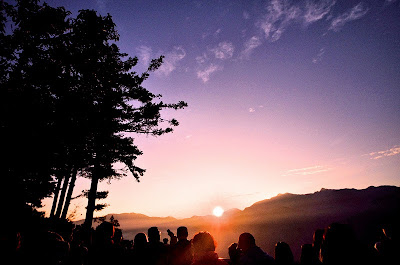 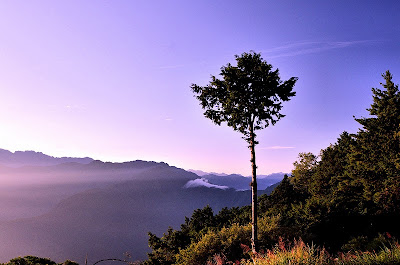 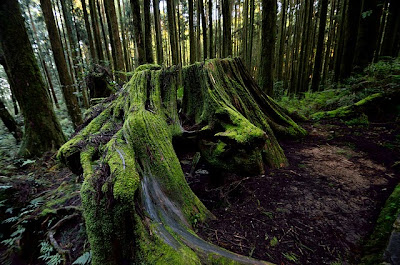 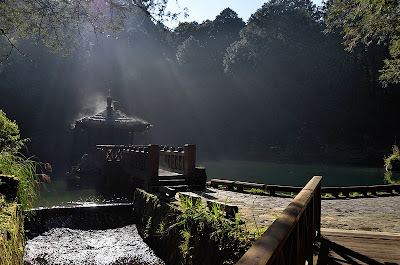 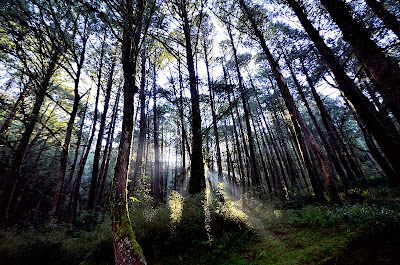 The ones below taken by me show you how huge the cypress trees are. 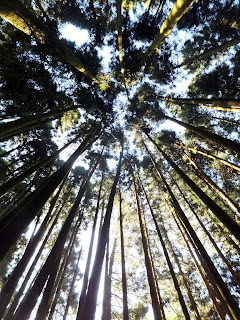 On the way back to our homestay, the driver brought us to FengchiHu Old Town which is a tiny town with an old train station which is no longer operating. Strangely, even in a tiny town in the middle of nowhere,  there is an entire street dedicated to selling traditional snacks and handicrafts mainly to unsuspecting tourists like us. 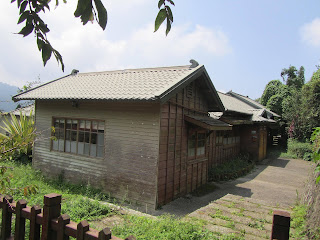 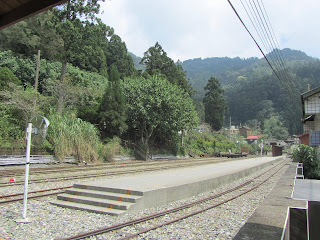 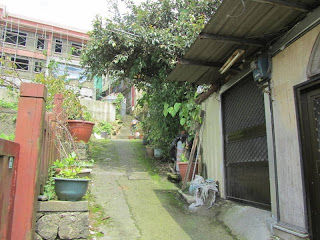 FengchiHu used to be a stop for train passengers to come out for fresh air and catch a bite. Hence the town's most famous restaurant is Ah Liang Bento Box. Decades ago, the entreprising owner Ah Liang fashioned the box using bamboo growing profusely in the area so that pasengers could eat in the train. Today his son is running the business. After the train stopped operating, they now depend on tourists like us. We had our lunch there and I must say the food is good. 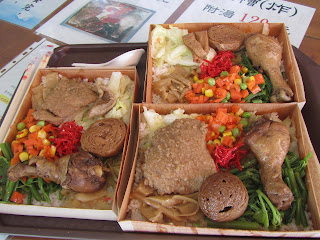 I've been browsing on-line greater than 3 hours
lately, yet I by no means found any attention-grabbing article like yours.
It is lovely value sufficient for me. In my view, if all website owners and
bloggers made good content as you probably did, the internet might be a lot more useful than ever before.