Since we were in Garut, Irwan suggested we visit Kampung Naga, a well-preserved traditional village on the border of Ciwulan river.

To get to the village, we walked down a flight of about 400 steps, taking in picturesque views of padi fields and streams along the way. 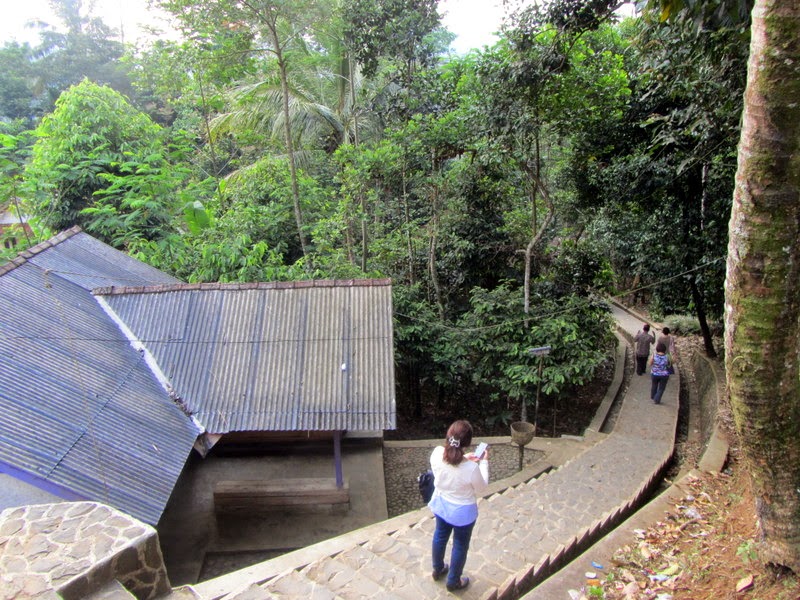 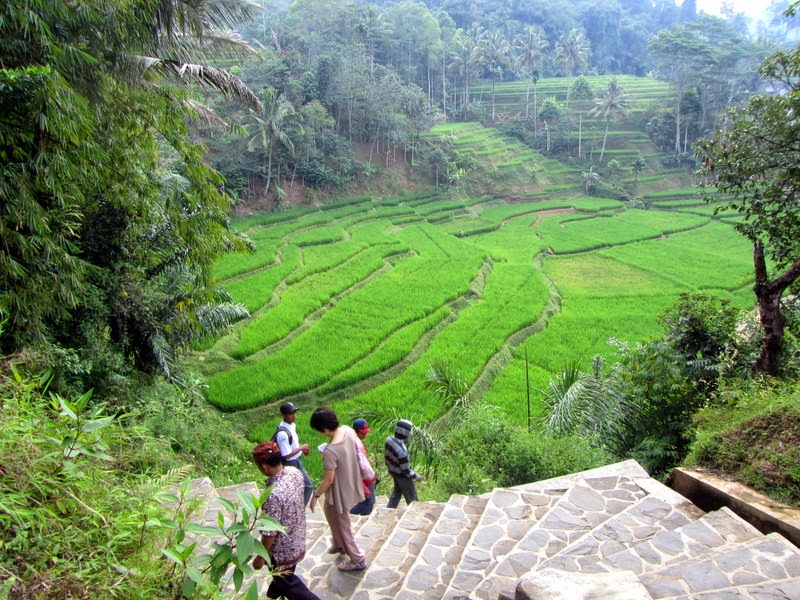 Kampung Naga is one of traditional kampongs in Indonesia that still upholds its ancient traditions and goes by the law set by their ancestors. 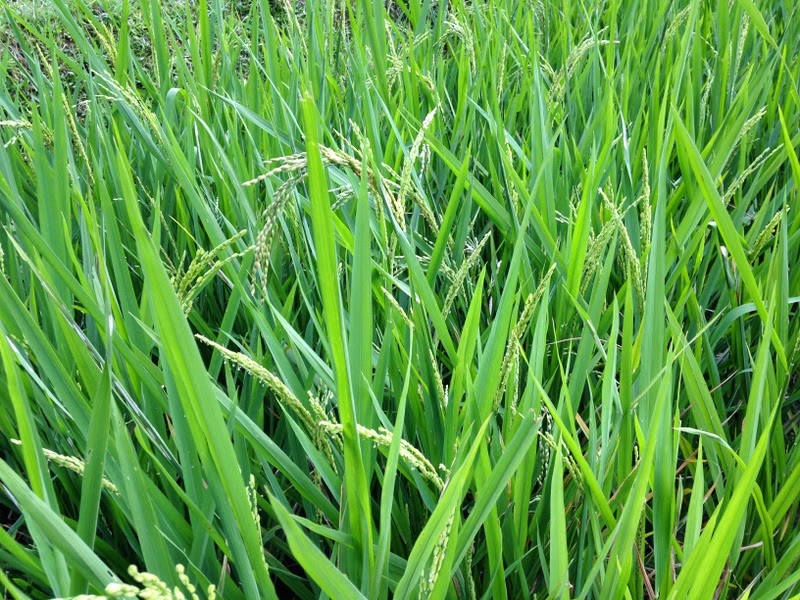 The villagers do not use any machinery to plough the fields. All the crops are grown organically without the aid of pesticides or chemicals. The rice grown in the rich volcanic soil are the biggest I have ever seen. 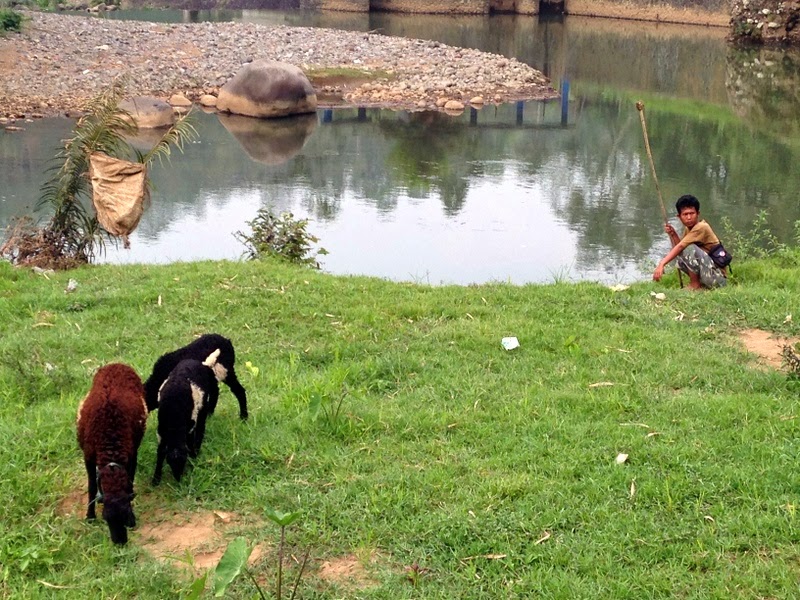 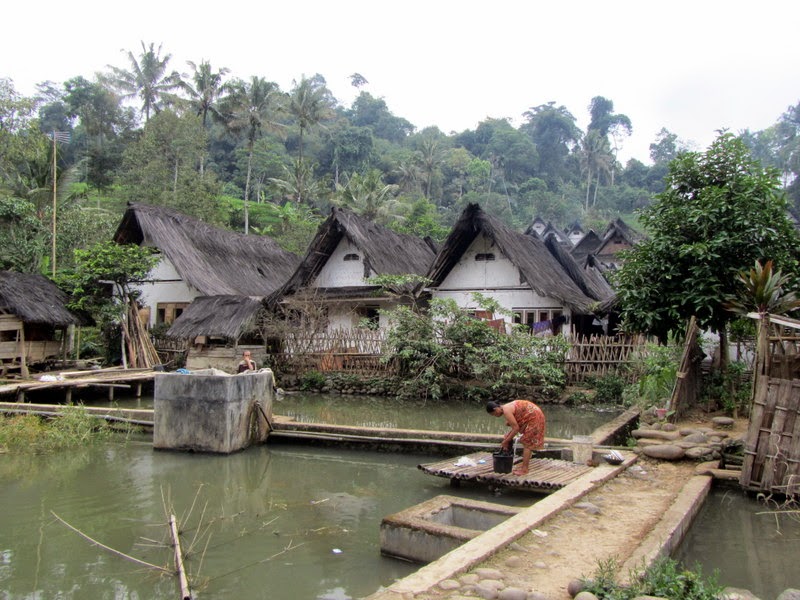 There are about 100 wooden houses inhabited by 360 people. The houses are rebuilt every 30 years or so, but there is no place for more. So the natural increase of inhabitants have to make their home outside at Neglasari village on the main road. 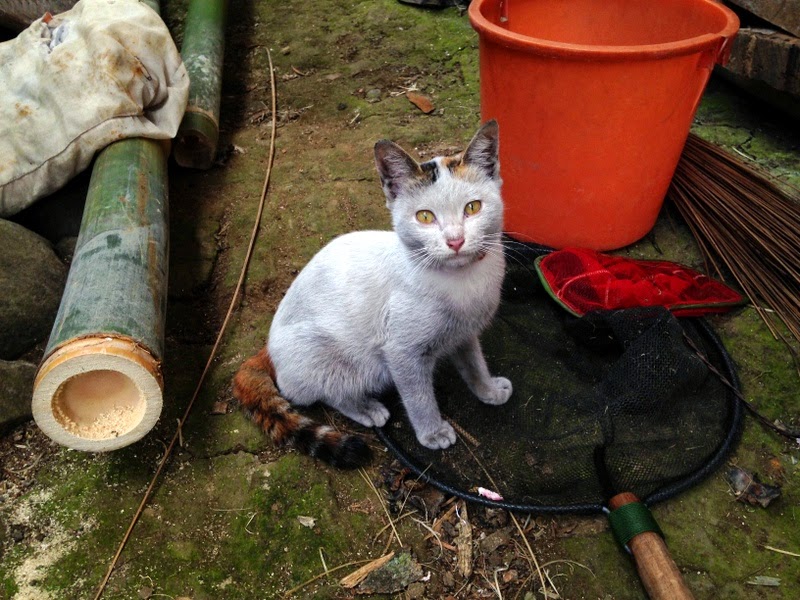 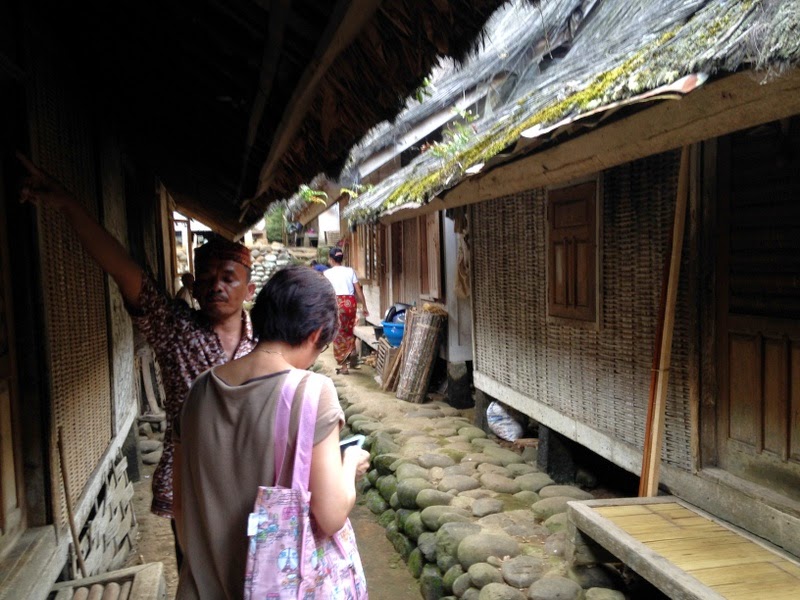 According to the guide, the houses are built so close together so that neighbours can share food amongst themselves simply by stretching out their arms .

Another peculiar feature is the bamboo cup hanging by the main door of every house.

Each morning, the resident will put a spoonful of raw rice into the jar. At the end of the week, the collection is poured into a central stockpile which is distributed to the needy residents in the village. 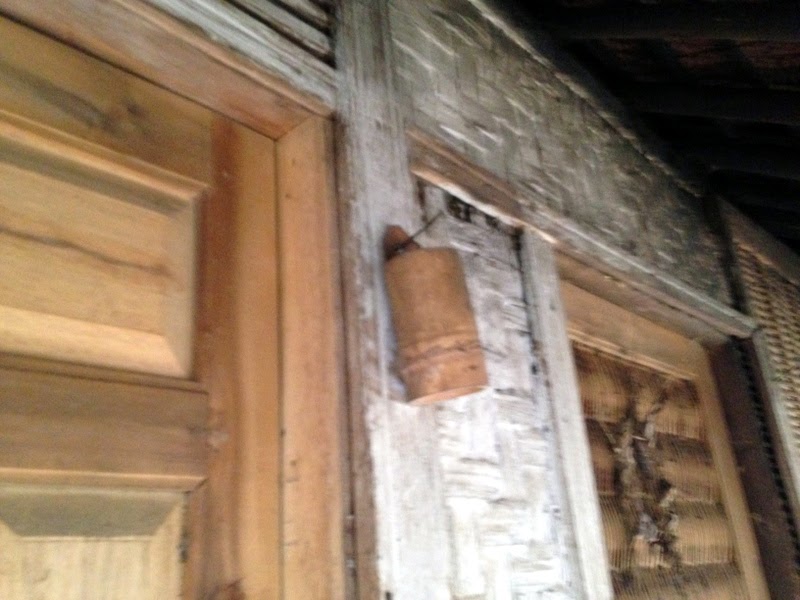 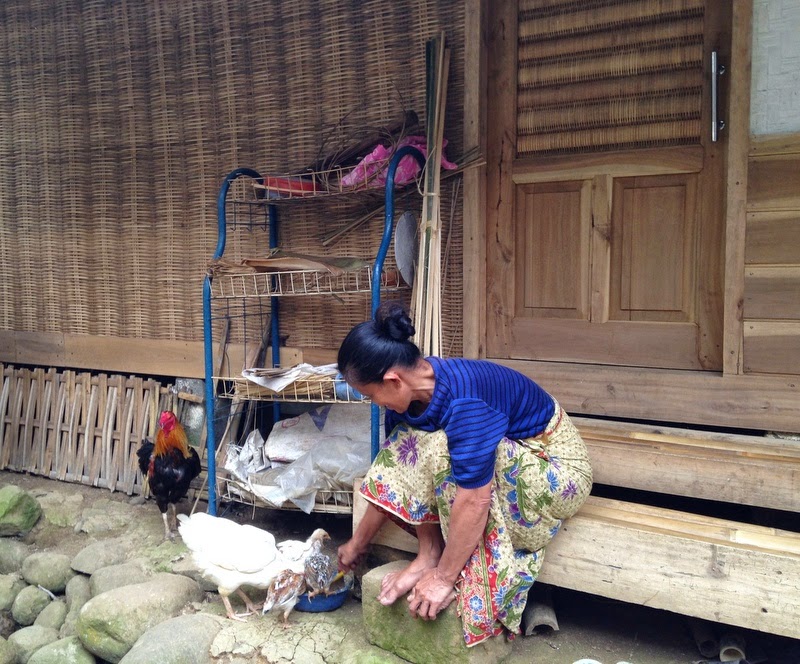 The houses are built using natural materials, eg, roof  is made from palm leaves. There is no electricity and the community live using the natural resources around them. 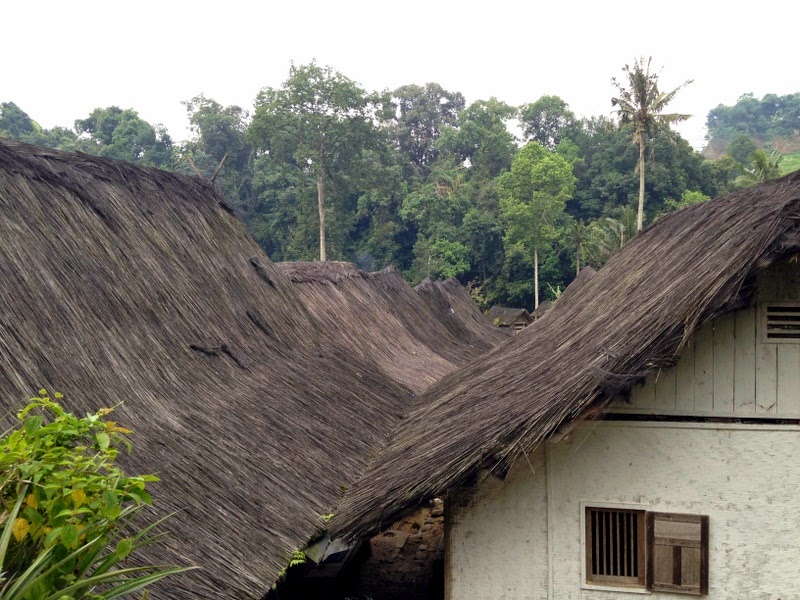 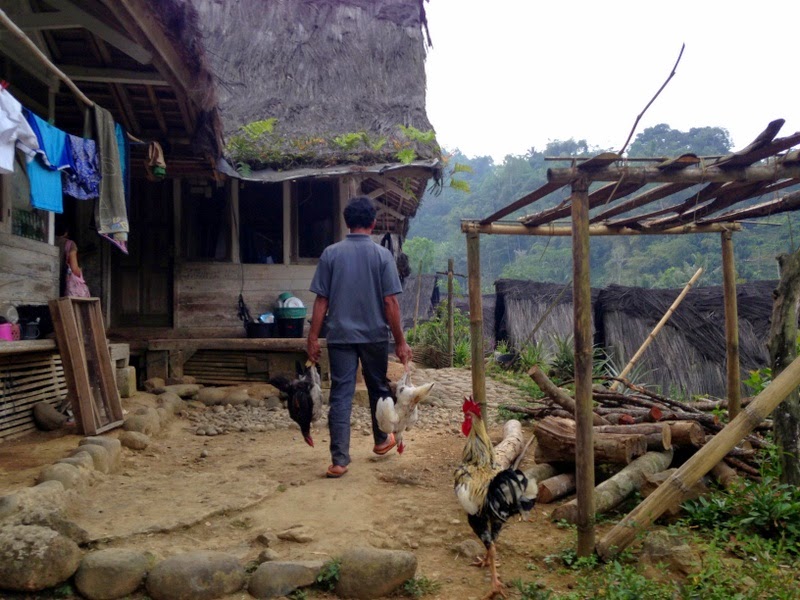 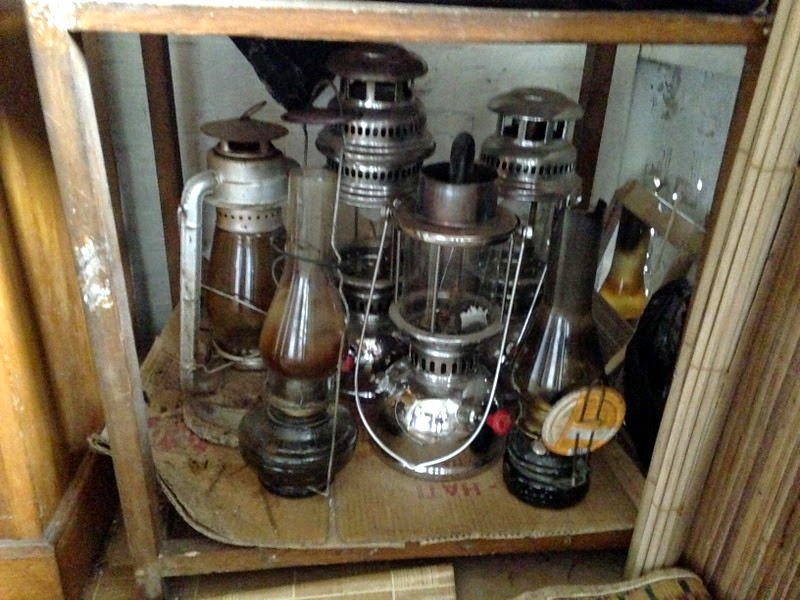 I left the village feeling very impressed with the social system that exists at Kampung Naga. The villagers live harmoniously together in the small community, taking care of each other like family. Life is simple here, but so sweet.
Posted by Blur Ting at 00:20

You see, this is typical. I've never been here, you know? The locals just don't necessarily go to places where tourists go to ha ha...