We arrived in Bangkok at 5.30pm, after a 2.5-hour flight from Singapore, to find ourselves stuck in peak hour traffic. It was a Friday night afterall. The journey to the hotel took over an hour but luckily the cab fare was reasonable at 400 Baht (US$13).
We were very pleased with our friend's recommendation of Siam@Siam Design Hotel & Spa. 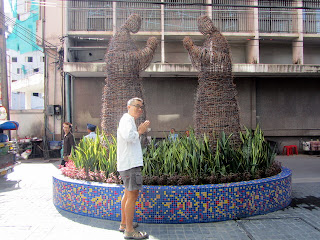 Siam@Siam is so conveniently located, most of the large shopping malls are just a short walk away. Siam subway and National Stadium skytrain stations are also close by.

The rooms are tastefully decorated with attention to details that make them suitably hip yet cosy. The concrete walls and high ceiling reminds me of Proud Phu Fah Resort in Chiang Mai. I wonder if they both use the same architect? 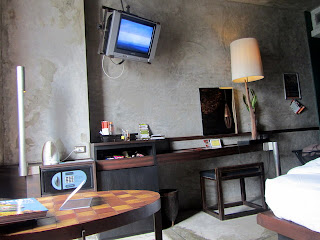 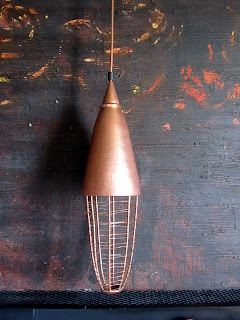 The lamp base is made from driftwood. 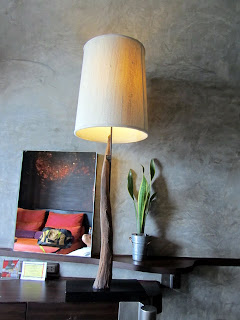 When the boys retired to their room that night, CH and I went up to the Roof Bar @25th floor which offered a spectacular view of the city. 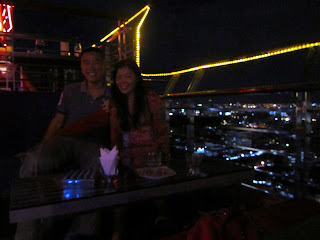 Though the weather forecast was for a rainy weekend, we enjoyed a fairly cloudy Saturday which was great for a day out at the Chatuchak Weekend Market. 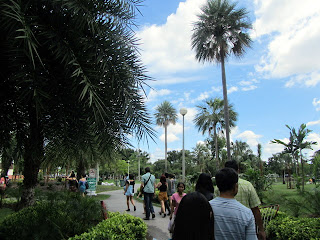 Almost everybody loves Chatuchak. There is something for everyone. With more than 15,000 booths spanning over 27 acres, you can find everything and anything here at a bargain.

As you can imagine, it is so easy to lose your orientation in the sprawling market, especially one that is packed with people and small shops. It's best to use the clock tower (below) as the landmark. 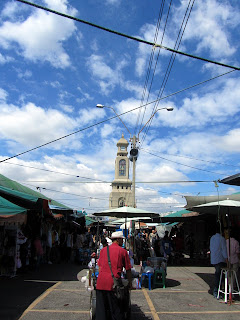 I managed to lose SK that afternoon, only to be reunited after a frantic hour of searching. I regretted not having a contingency plan in place. After that incident, I kept my eyes peeled on him. 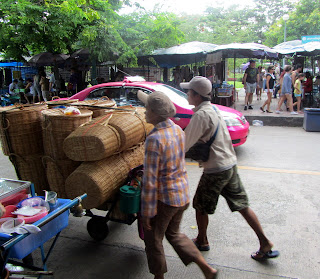 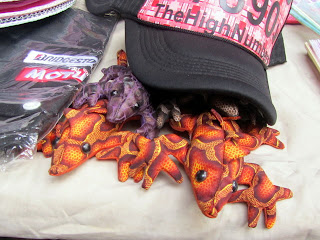 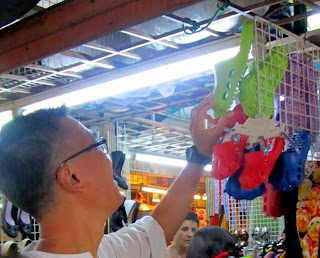 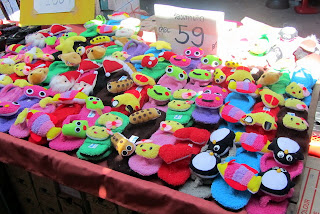 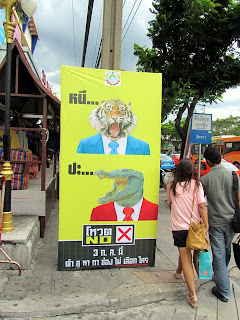 We emerged from the market hours later, body sticky from sweat and grime. To escape the heat, we hopped onto a cab and headed to Central World - the largest shopping mall in Bangkok.

This is the same mall that was almost burned to the ground a year ago during the Red Shirt Protests. The spanking new mall bears completely no signs of the trauma it had undergone just months ago. It is even larger now, boasting some of the biggest names in fashion and lifestyle, more than 50 restaurants and 21 cinemas.

After hours of shopping in Chatuchak and Central World, my legs were wobbly from fatique. I had to convince the guys to join me for a cuppa. That jolt of caffeine and slice of cake really did wonders I tell ya. They gave me renewed energy to tackle the malls again. 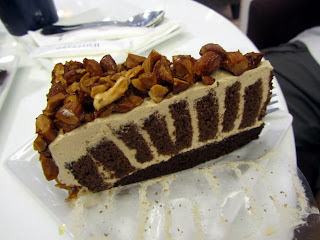 In the heart of the city, there are makeshift stalls and proper malls (art too!) everywhere you turn. 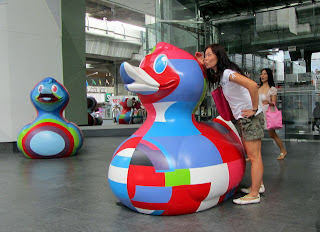 Some of the street food were delicious. The banana/raisin crepe was one of the best I've had. At 20 baht (usd 65cts) a piece, it was definitely more satisfying than the ones in France that cost many times more. 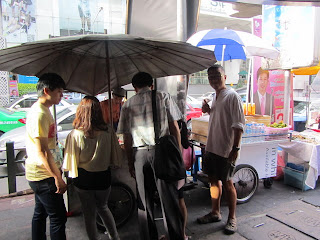 We shopped till late, scouring the night market stalls for sweet deals. 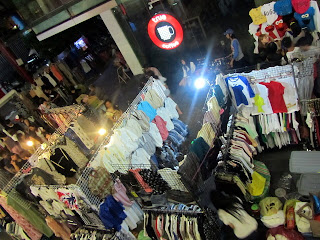 We walked and walked, until the stalls started shutting down one by one.
Posted by Blur Ting at 21:13

Ohhhh...sounds great (except when you lost SK). Otw to Bandung this autumn, we're going to spend 3 days in total in Bangkok (2 days before flying to Jkt and 1 day before flying back to Finland) and not sure yet which places to visit (I haven't browsed yet), but now I have some ideas. :-D THX 4 the info!!!

Amel - You would like Chatuchak but the market opens only during the weekends. The River boat tour to see the floating market might be fun too.

Oh, we kept walking past Platinum but didn't go in. Should have!

Howdy! I just would like to give a huge thumbs up for the good data you’ve gotten here
on this post. I will probably be coming back to your blog for
extra soon.

Everything is very open with a really clear description of the challenges.
It was really informative. Your site is useful. Thanks for sharing!