Ask any traveller in Sorrento what their travel plans are and you'll hear them rattle off Positano, Amalfi and Ravello in the same breath. Afterall Sorrento is the base from where they set off on a scenic drive along the Amalfi Coast to visit these pretty villages.

Amalfi, a town which opens like a fan towards the sea, is famous for its devastingly beautiful scenery but it would take us all day to walk there.

Ravello is even further. Unlike other towns along the Amalfi Coast, it is not located by the sea but 3km inland. The most famous attraction here is Villa Cimbrone, a luxuriant garden that is home to many rare botanic species, statues, fountains, temples and artificial grottos.

By choosing to walk, we can't cover so many villages in one day, so we settled for Positano, a town set in a dramatic panorama of colours - pastel shades of the Mediterranean houses, the silvery grey of its pebble beaches and the blue of the sea. 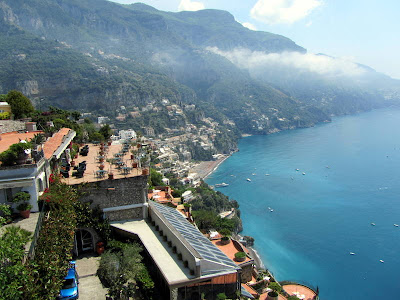 The name Positano, is linked to a legend.
In ancient times, a Turkish boat became beached just off the shores of what has since come to be known as Positano.
Aboard the ship there was a painting of the Virgin Mary.
The captain heard the painting whisper "posa, posa" ('set me down, set me down') and, obediently, threw the image into the sea. Miraculously, the ship floated.
The locals built a Church on the spot where the painting washed ashore, interpreting the episode as a sign that the Virgin had chosen their town as resting place. 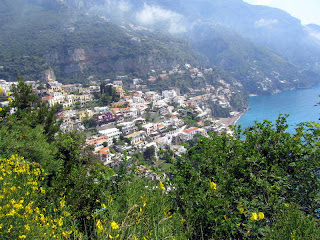 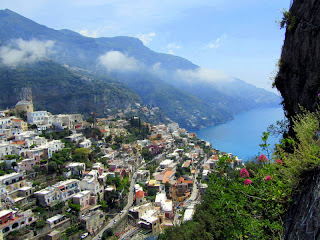 Positano lies at southern feet of the Mounts Lattari, protecting it from the Northwinds, and thus enjoys the advantages of a mild, dry climate. It is surrounded by soft green mountains and valleys, with patchwork patterns of ancient olive groves and vineyards clinging to the hillside. Here the air is heavy with the scent of lemons and flowers. 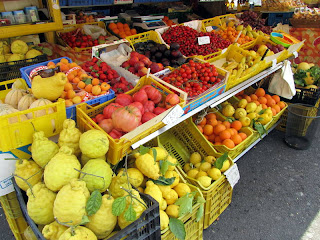 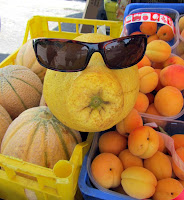 Cars can only go half way down to this vertical town as it slopes down the mountain towards the sea. 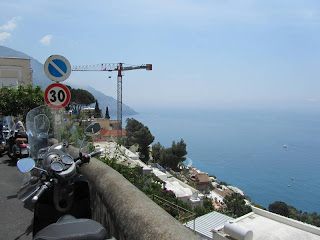 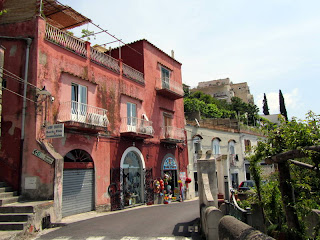 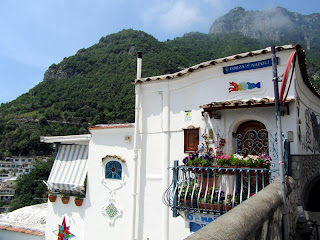 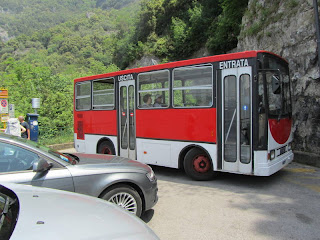 We wound down the "Path of the Gods", passing vegetable gardens and flowers clinging on crumbling stone wall. It was indeed one of the most picturesque views we had ever seen. 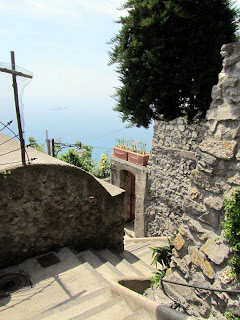 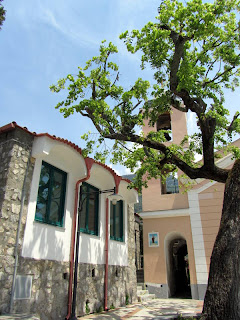 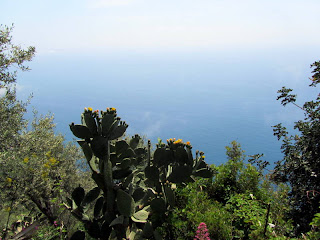 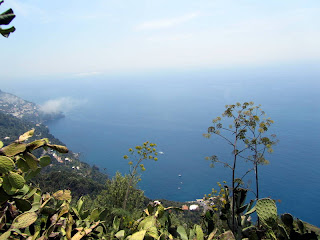 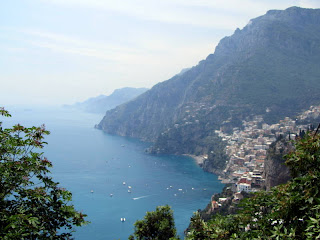 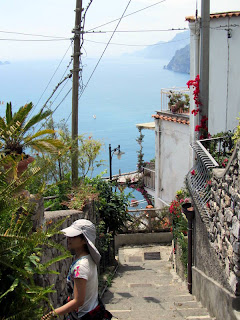 Access to Positano is by a series of little alleyways and steep flights of steps just big enough to handle one person at a time. They wind in and around the town and take you back to a time when the town was still a fishing village. 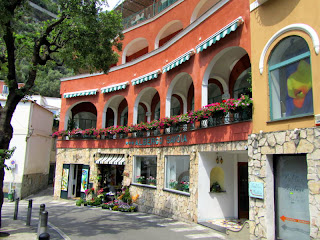 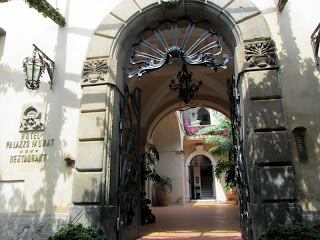 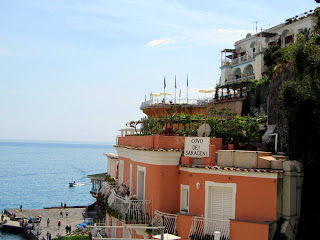 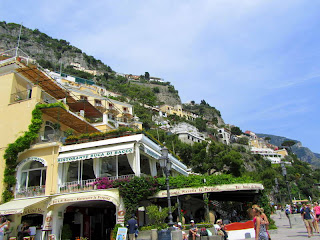 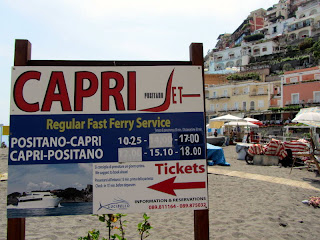 Ah.. beautiful views, lemon trees and great food.. what a nice place. Ting, you have a great smile and you are so photogenic! :)

Yes... Ting... you are very photogenic. You have a smile as warm as the Tuscan sun.