No Geisha sighting in Kyoto

I was so determined to see temples and a change of scenery that I traveled in a fast train for 1 hour just to spend a couple of hours in Kyoto. I took the Hankyu line to Gion which is Kyoto's famous Geisha district.

True enough, the scenery began to change as the train moved away from Osaka. The concrete jungle gave way to more greenery and rice fields. 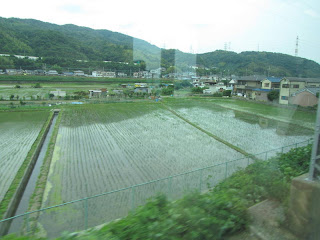 When I arrived in Gion, an illustrated map of Kyoto greeted me. With only a few hours to spare, I decided not to venture out by bus or train to see the temples and countryside. 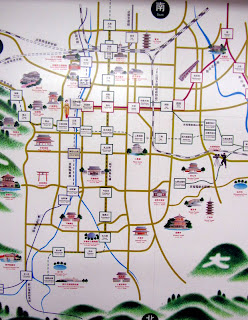 Instead, I crossed the street and walked towards the shopping district. To be honest, I was rather disappointed to find similar shopping streets here. There are enough of these in Osaka city! 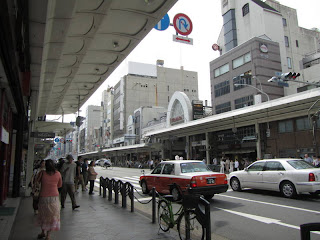 For some reason, I decided to turn into a small alley and gosh, I had stumbled upon the bohemian side of the city. I instantly liked what I saw. The shops are unique. 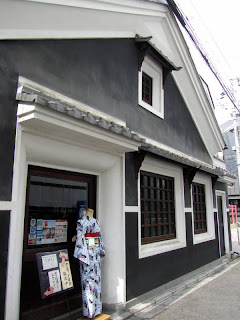 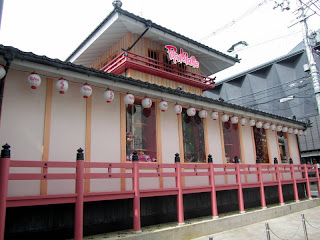 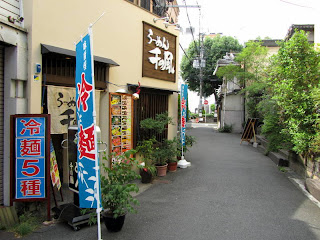 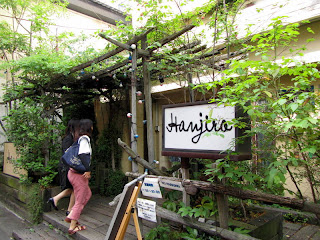 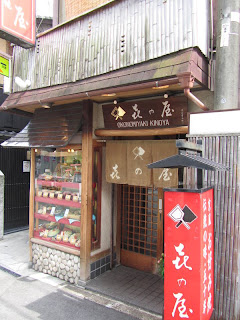 I followed a postman who was going around on his bike. He stopped at this temple to deliver some letters. I peered through the gates and saw a gorgeous garden. 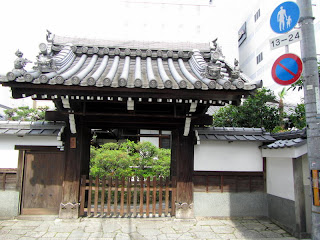 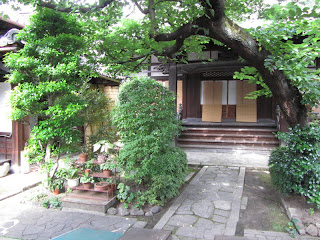 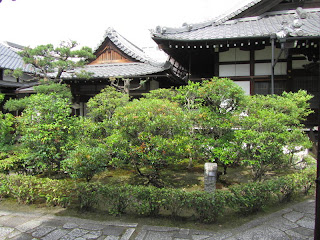 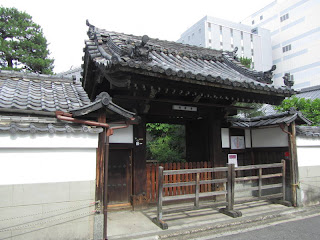 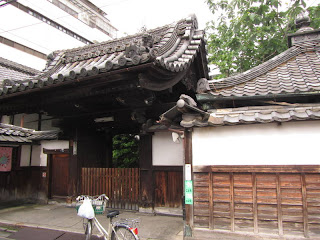 I was hoping to find more temples or traditional buildings but all I saw after that were regular shops. 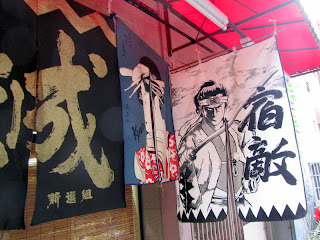 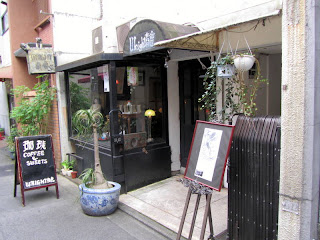 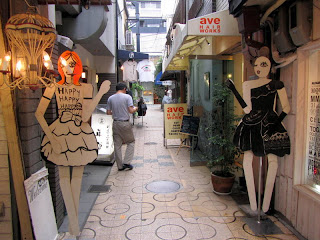 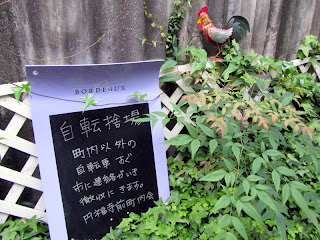 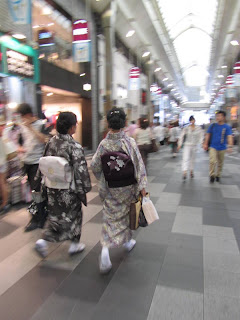 When the sun began to set, I hurried back to the train station to take the hour-long journey back to Osaka. The next time I am in Kyoto, I'll certainly visit the temples. I might get lucky and see a Geisha or two.
Posted by Blur Ting at 06:19

Behind the shopping centers, there are very quaint shops and restaurants. I know because I stayed in a little hotel just a few streets behind Sogo. Kyoto is definitely more charming than Osaka and the temples are really beautiful, do visit Kyoto again when u are in Japan! And as for geisha, I saw one in full gear a(with the white face n elaborate hair accessories) while dinning with an old man in a restaurant. I COULDN'T HELP STARING AT HER THE WHOLE NIGHT! Haha. Also saw a few of them at Gion.

Thanks for the marvelous posting! I certainly enjoyed
reading it, you're a great author. I will always bookmark your blog
and may come back later in life. I want to encourage yourself to continue your great work, have a nice evening!