Let's take a little break from my Korea trip shall we? It has been a crazy week of partying and feasting since we returned from Seoul. Just hours after touching down, we were attending the posh wedding lunch of CH's niece in Sentosa. Then I rushed home to help YK with his BBQ party by our condo pool.

The next day, we were at a small new year's eve party at Amy's house. She made a gorgeous salad shaped like a turkey. 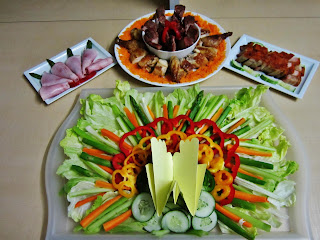 That night, we went to best friend's house for the countdown party. It was nice to usher in the new year with family and good friends! We played with sparklers until way past 1am! 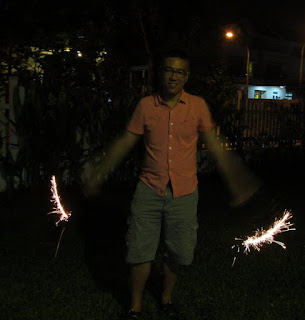 As we entered the first week of 2013, YK passed out as a recruit in the army. They had to do the overnight 24km route march from Changi Ferry Terminal to Esplanade where the passing out parade was held.

I brought Rusty out to East Coast Beach hoping to catch a glimpse of YK. 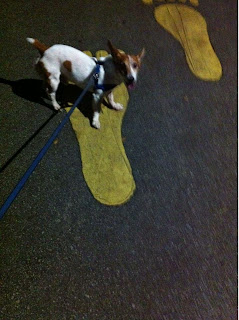 When I saw troops marching towards us in the dark, I was so excited! Everyone looked the same in their helmets, so I didn't manage to spot YK. He saw us of course. 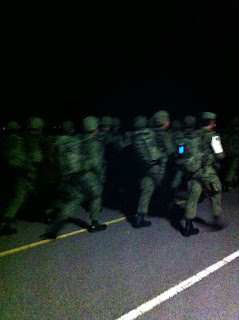 The following morning, I arrived really early at 6.15am to secure a good seat at the parade which didn't start until 7.45am. It was an awesome moment when the soldiers came marching in, I had to wipe away a tear or two. 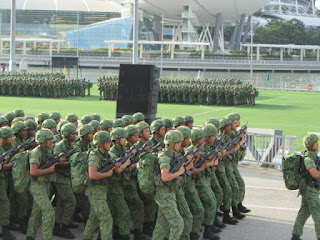 The parade ended with the recruits tossing their jockey caps into the air. Luckily I managed to capture the jubilant moment on my camera! 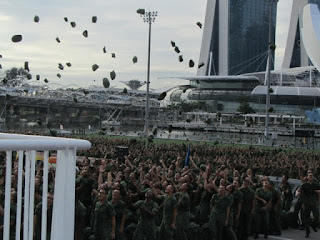 As YK went off to celebrate with his army friends that night, I was at the SJI reunion party for those born in the early 1940s. The guests were all in their 70s, making me the youngest of the party (for once).