I drove to the farm early this morning to retrieve my little runaway dog. He spent the night outdoors and strode into the house only early this morning. Dad quickly brought him in and kept him leashed up until my arrival.

My nieces were already there before 7am. Ting was getting ready for school. Here she is, getting her hair tied up into a pony tail. 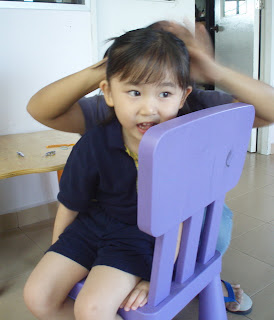 Being kids, they ran around while waiting for the school bus to arrive. It's really fun watching them laughing and playing, just having a good time. 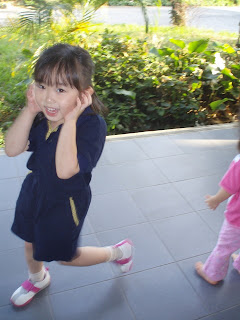 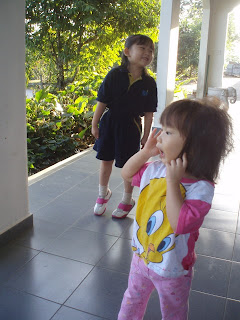 Here's Cookie, the most well-behaved dog in the world. My older niece Qi said we should give him a "Good Dog Award". Maybe then he can flaunt his award at one of the neighbourhood dog gatherings. 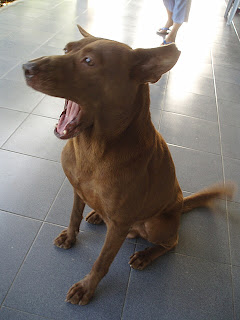 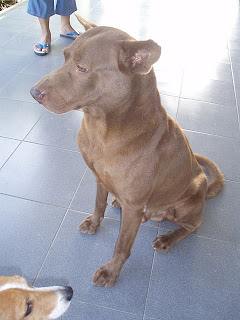 The bus driver was late. The girls even had time to ride their bikes. Here's J.Ling looking like a pomeranian with her big hair. 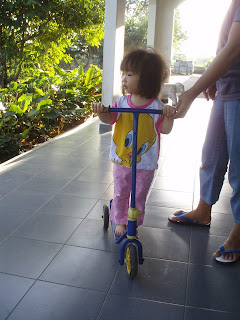 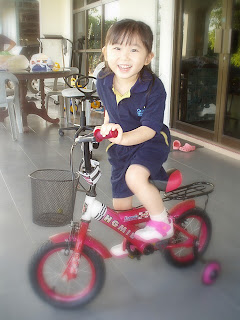 The bus came and Ting had to leave. It's time to get her baby sister ready for school too. Her bus will be arriving later in the morning.

It was also time for me to leave. While walking to the car, I stopped by to admire my dad's cherry tomato plant which is laden with fruits. He has green thumb! 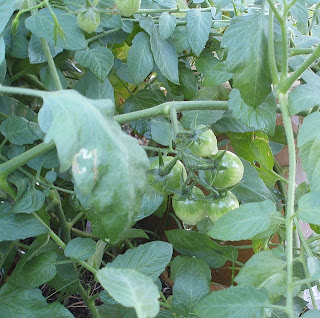 Now I'm back at work. I brought Rusty to the office with me. After his night of adventure, he's now sleeping under my cubicle. 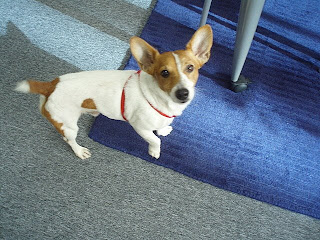 That's neat that a bus goes way out there to pick up the girls! And Rusty....bad bad dog! LOL at least he came home..now he is sleeping the day away...

We'll be watching you now Rusty...

I'm glad Rusty is back safe and sound, after his runaway adventure!

Looks like FUN indeed for the kids and no wonder you have a green thumb too! ;-D

I think my MIL knows by now that I don't have a green thumb since on my last bday she gave me a pot of ceramics flowers HI HI HI HI HI...She said that I didn't have to do anything and they wouldn't die HA HA HA...