We met up with Chris & wife in Little India thinking we were eating at Muthu's Curry but they had something else in mind - Nepalese food.
It sounds so cliche but I can only associate Nepal with Mt Everest, the Gurkha and a dumpling called momo. 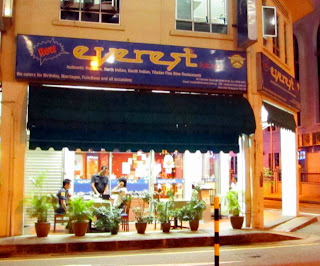 And he adorned the walls with the Gurkha symbol. 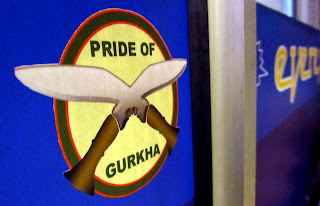 When it was time to order food, we gave the momo (fried or steamed) a miss. We were all quite curious what a typical Nepalese meal is like, so Chris ordered a bit of everything.

A basket of papadum accompanied by a very spicy mint sauce arrived at our table. Do they eat the papadum too? 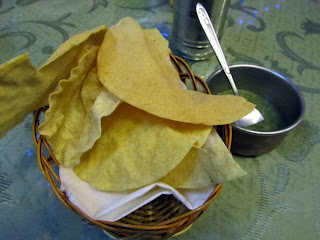 We were very fascinated with the cutlery and utensils. The plate was quite heavy. It could have been made from brass. 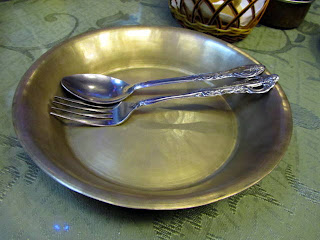 The teapot was so pretty, we went around Little India in search of a similar one after dinner. We couldn't find any. 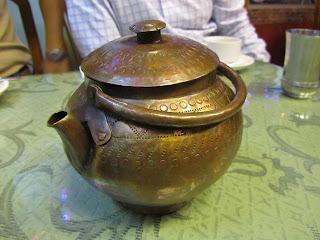 If you ask me what Nepalese food is like, I would say it is rather similar to Northern Indian cuisine. I am generalising here of course. I know how peeved my friend from Bangladesh gets when one compares his cuisine with Indian food. I hope my Nepalese readers will forgive me. 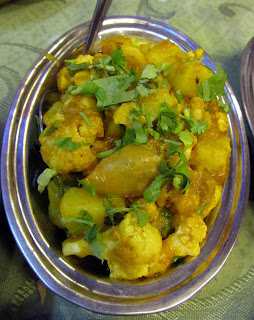 Most of the dishes , from meat to lentils and vegetables, were cooked in a curry gravy and eaten with bread (naan, chappati etc) or rice. 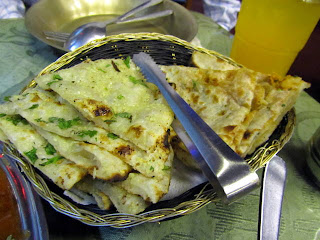 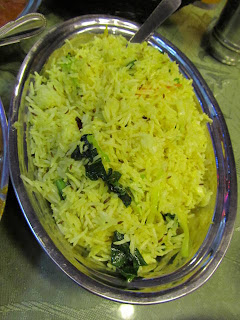 Chris went a little overboard with the ordering. We had chicken, mutton, fish, cauliflower, potatoes, chick peas, spiced rice and naan. They were all cooked in a rich curry sauce, so we were pretty stuffed before dinner was over. 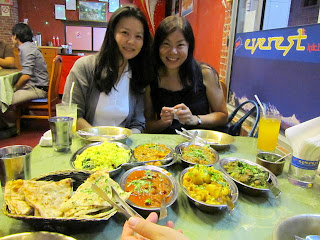 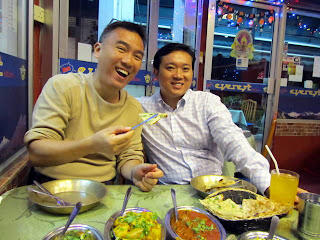 Instead of dessert, we had the special Nepalese milk tea with a hint of spice in it. 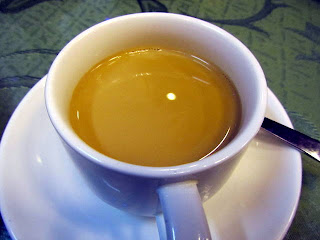 The weather was perfect for an after-dinner stroll around Little India. Just the night before, the streets were packed with worshippers and spectators out celebrating Thaipusam, a Hindu festival celebrated by the Tamil community on the full moon in the month of Thai (January/Feb).

The moon was exceptionally gorgeous on Friday night, and the streets were unusually quiet and peaceful. 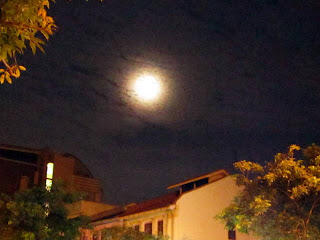 Now you make me hungryyy...*drool* Would love to eat Indian food somewhere (there's none here neither in Rovaniemi). Ugh...

Nepal's food is more the less like india food! They are just neighbouring!