Unknowingly, my ex-husband must have fueled my interest in traveling when he rewarded my mum and I with a trip to Europe (mother's day present) many many years ago. That summer, we traveled first-class with Insight Vacations to UK, France, Germany, Belgium, Austria, Switzerland and Liechtenstein and it opened my eyes to the wonders of this world. The following year, it was again my good fortune to go on another trip sponsored by his sister. It was during the height of winter and my young kids were thrilled to see the cities of Prague, Budapest, Vienna and Munich blanketed in snow.

Traveling in luxury is now a thing of the past. Since I've had to pay for my own travels, I trawl the internet for the best deals and plan my own itineraries. Sure, I've made some mistakes along the way but that's just part of the adventure!

Our motto during the last trip to Italy was to just wing it. Without a fixed itinerary, we had the liberty of changing plans as and when we felt like it. It helped that we have Cesco, my Sicilian friend I can count on for help.

At Cesco's bidding, we ditched our original plans to Puglia and ventured south to Sicily instead. To get to his hometown in Ragusa, it would take us 7 hours to travel by train to Catania. Alternatively, we could take an overnight ferry from Naples. For 151 Euro a cabin, it made sense for May Ling and I to sleep comfortably, shower and dock in Catania 12 hours later where we would be fresh and ready to take on new sights.

We found ourselves back at Naples train station again. Unfortunately, this area is most notorious for the high crime rate. It didn't help that an American family was robbed of 4000Euro just the day before, so we were on high alert. But with several hours to spare, we decided to check the city out on foot anyway.
After storing our backpacks securely at the train station, we clutched our handbags tightly and braced ourselves for the hostile world outside. Well, the first creature we met was this adorable pup. Maybe Naples isn't so bad afterall. 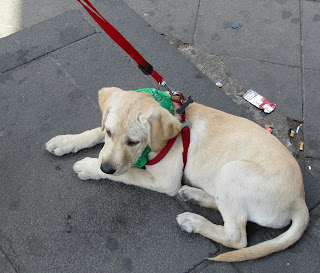 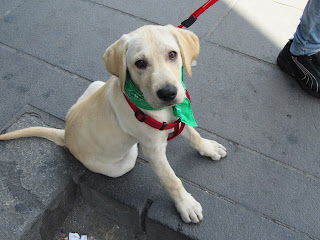 The next few steps forward really reinforced the truth about this city. What a contrast it was compared to idyllic Sorrento! The streets were crowded, filthy and strewn with rubbish. Here, the drivers were impatient and roared past us without batting an eyelid. 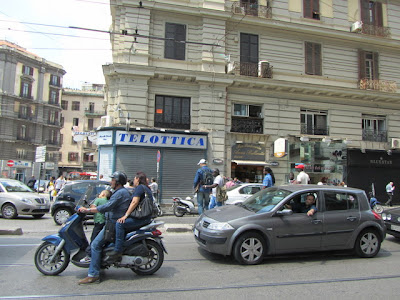 Overladen mobile carts manned by Chinese and African immigrants lined the roads. When the police officers made their rounds on foot, the vendors started scrambling away with their push carts in tow. 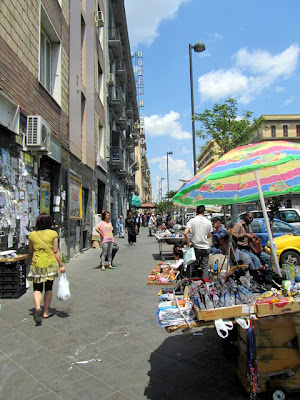 Later, we found them hiding in the the next street corner, waiting for the coast to clear. They were just playing cat and mouse game with the authorities. I think the city is very tolerant for we did not witness any arrests that day.

Well, push carts are still acceptable compared to this other street where vendors simply piled and plied their wares (mostly used clothes and shoes) along the pavements. People and goods were spilling out onto the streets. Oh, what a mess! 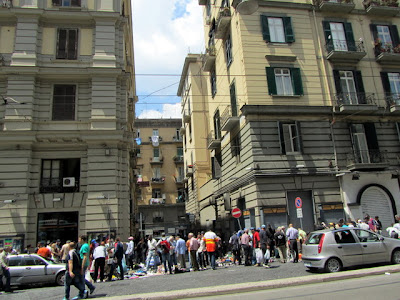 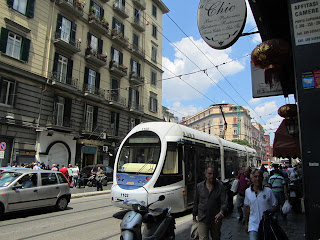 When it was time for lunch, we were pleased to find more varieties of food available. The rotisserie chicken in a small restaurant looked very appetising, so we had our first non-Italian meal in five days. 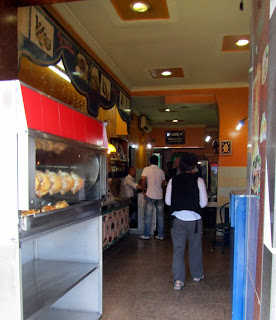 When we sat down for our meal, we realised it was really popular with the African street vendors. Unfortunately the grilled chicken was quite tasteless which is unbelievable for what can possibly go wrong with grilled chicken? 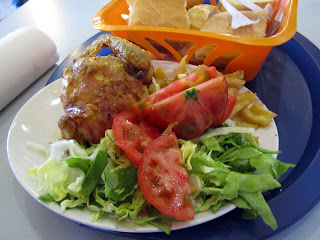 The wrap was only slightly better. 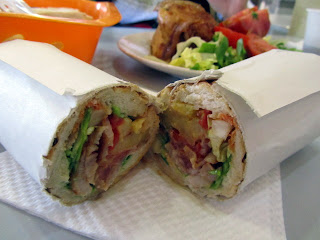 After a most unsatisfying lunch, we wandered around inside the train station before heading to the ferry terminal to board our ferry to Catania. The cab driver who took us there was dishonest. The fare was 9 Euro. May Ling gave him a 20 and he only returned us 5 Euro. After we alerted him, he replaced it nonchalantly with a 10. He shortchanged us of 1 Euro but we let it go.


Dinner on board the ferry was another dismal affair. The canteen offered a limited selection of food. We picked just about everything on the menu that night - fish, gnocci, risotto (cos May Ling missed eating rice) and boiled vegetables of the the worst kind - tasteless, soft and overly boiled. 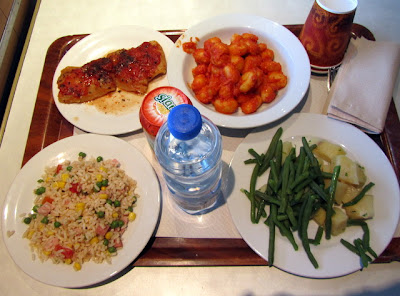 We managed to sleep quite well despite feeling a vibration and soft whirl all night. We later learned that we must have been sleeping just above the engine room. When Mt Etna in Sicily came into view the next morning, we were so happy that we have arrived in Catania at last! 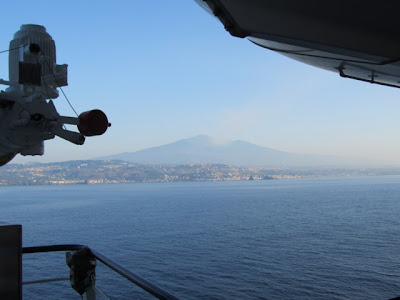 Wah... thanks for all the great pictures and the very detailed posts! As if I was there at Italy myself! ;)

Aw, this was a really good post. Taking the time and actual effort to produce a great
article… but what can I say… I procrastinate a lot and don't manage to get anything done.


Here is my web-site online loan