YK was in the living room having math tuition while I hung around in my bedroom feeling bored and restless. So I took down a worn out picture and a 2007 calendar that was too pretty to be thrown away and started getting creative.

This is the worn-out poster that I got from the Ikea sales bin for $3 several years ago. For some reason, I liked it even though it looked austere and cold. But it has been on my wall for too long, I wanted to give it a makeover. 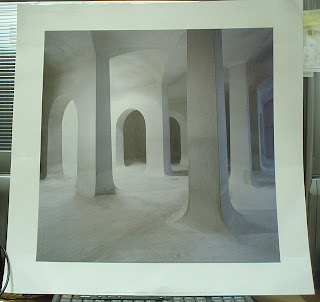 I started cutting up pictures that I liked from the calendar with completely no idea how I was going to incorporate into the poster. Two hours later, YK strolled over exclaiming, "Now you've ruined a beautiful poster!"

I gathered all the bits and pieces of calendar leftovers and decided to call it a night. I'm not sure if the makeover is now complete or still a work in progress, but when I tried to mount it on the wall, it fell to the floor minutes later. It's now tucked away behind the cupboard. Maybe it's too ashamed to be seen hanging around. And I had to post it on my blog for all to see. Ha! Ha! 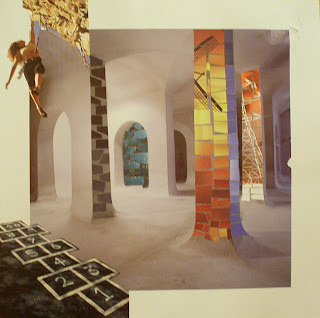 Hey I actually like the modified version a lot better! :)

Wow, that's incredible. Just like the the real mother hen, I like the modified version better :D

Thanks guys.Then I should go work on it further.