The short stay made it difficult for us to travel out to the acclaimed Ha Long Bay or the incredibly picturesque village of Sapa. After checking with several tour agencies, we decided to make do with a day tour to Tam Coc, about 100km south of Hanoi.
At this point, I would like to caution those who're planning to travel to Hanoi that the prices can vary alot from one tour agency to another. The first one we visited quoted us an exorbitant rate. We finally paid half as much for the same thing at a smaller outfit down the street. It pays to do some legwork in Hanoi!

The drive to HoaLu took 2.5 hours. As with all tours, we stopped by a 'tourist trap' (handicraft centre) disguised as a toilet break. We took the opportunity to visit the loo of course and then whiled away our time watching the young barista brewing coffee, Vietnamese style. 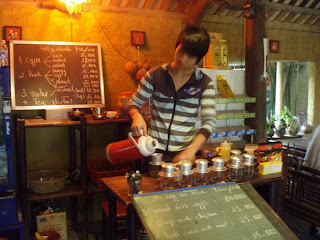 Then we posed for photos like a typical tourist. 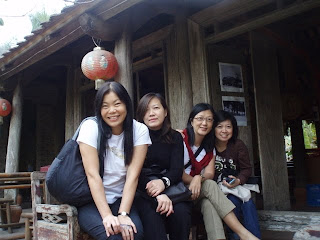 As you can see, the history goes way back. It's probably a great place for the history buff whereas for us, it was another great photo opportunity.

The first thing I noticed was the huge expanse of rocks and lack of greenery. I was told that 80% of the land is covered with rocks. A new gate is being built, making the entrance to the old city inaccessible by bus. As we surveyed the worksite, I noticed that the soil is dense and clayey. As a gardener, I know that most plants (except for padi and lotus) do not thrive on clay. 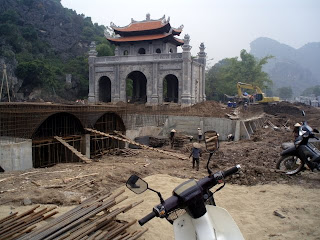 That explains why the area is surrounded by padi fields. The lotus pond at the entrance of the temple was filled with gorgeous blooms. 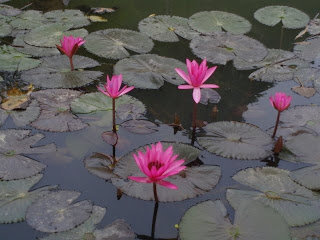 We visited the 2 temples that have been built on the ground of the old royal palace. One is dedicated to King Dinh Tien Hoang, the other is to King Le Dai Hanh. 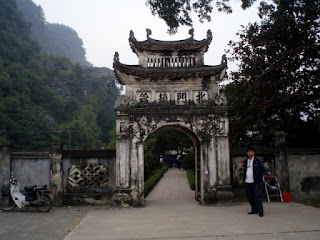 Here are some photos of the temple ground. 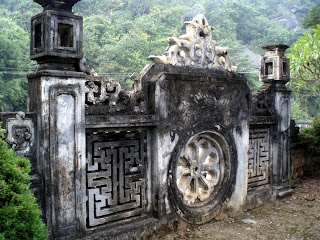 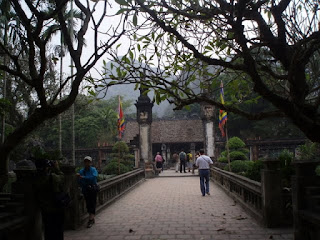 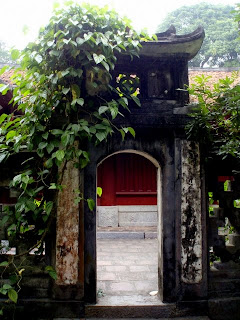 I found a little boy sweeping the yard. He was helping his mum who works as a cleaner there. 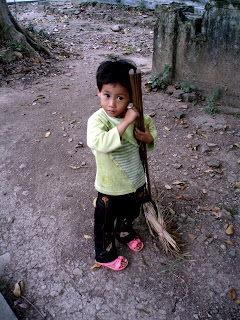 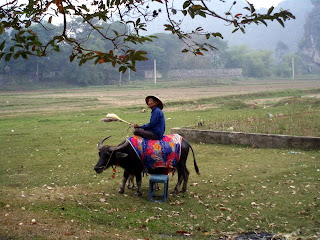 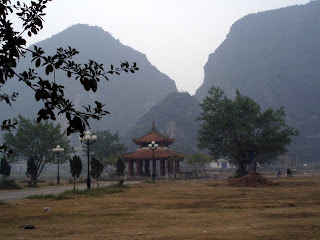 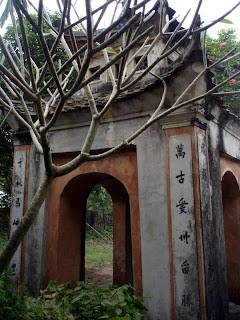 Goats thrive in rocky terrain, so it is no surprise that the local specialty is goat meat. Part of the tour package includes lunch at a restaurant that serves grilled meat. I'm not particularly fond of goat, so when the grilled meat on skewers arrived, I tried some and gave the rest to my friend.

The highlight of the tour is the Tam Coc canal cruise. Known as “Halong Bay on land”, Tam Coc (Three Grottoes) are three limestone caves stretching along Ngo Dong river. The 2-hour long boat trip took us along a tranquil river surrounded by limestone rock formations. 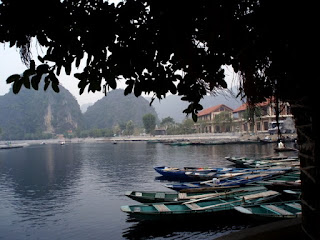 View from the jetty. 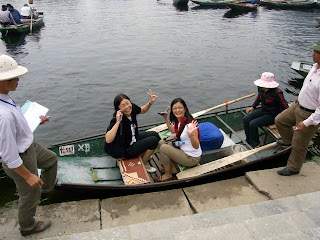 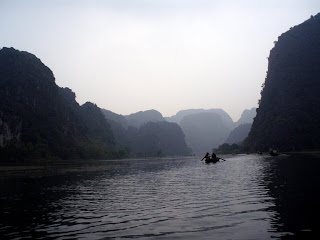 The journey brought us through limestone mountains and three caves. 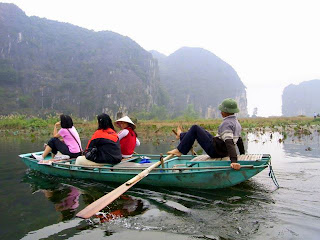 Some of the rowers are so skillful at using their legs. 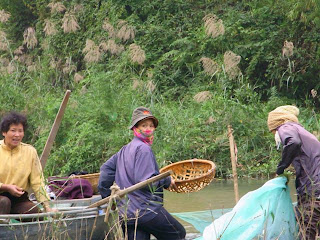 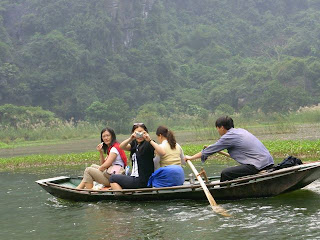 That's us on the boat. Rowing is extremely strenuous exercise, we tried and gave up after 5 minutes. 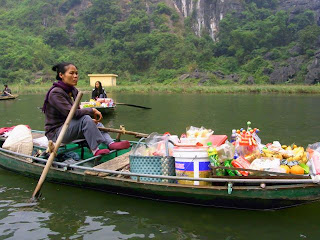 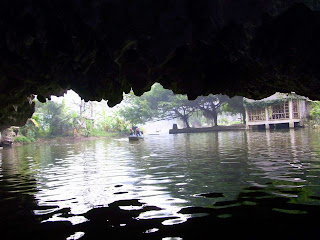 One of the caves that we went through. It was pitch-dark inside.

All of us enjoyed the experience. We left for Hanoi after the boat ride. It was dark by the time we arrived in the city and we found ourselves stuck in peak hour traffic. It doesn't help that the roads are too narrow and always congested with a million motorbikes!

If we had more time, we would spend a couple of nights on board a boat in Ha Long Bay. After hearing people gush about the loveliness of it all, we think Tam Coc is probably a poor cousin of Ha Long Bay. That is a sign that we have to return again to experience it for ourselves.

MH - Yup. Oh, remember you gave me some t-shirts from Vietnam with the embroidery? The boat vendor was trying to sell us some too!

Some of the boat cruise photos were taken by my friend Joyce.

THANKS for sharing the pics and giving tips! :-D