When I was walking towards Sam Cheong Dong in Seoul city on a late Saturday afternoon, I came across the Farmers Market but I missed it by a whisker. The vendors were packing up for the day. If I had known about it, I would have gone earlier. 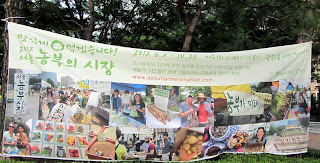 We urbanites are so deprived of freshly grown food, we hardly get the chance to eat fruits that are at their ripest and freshest. When I travel, I'm always on the lookout for the local markets. Each and every one is fascinating.

We lucked out in Japan when we found a bustling farmers market in the heart of Tokyo city, at the United Nations University in Aoyama/Omotesando district to be exact. 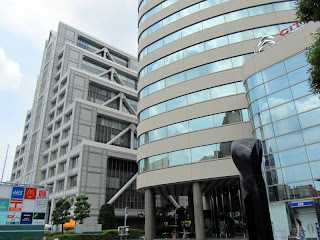 UNU is a very modern looking university right smack in the middle of the fashion district. 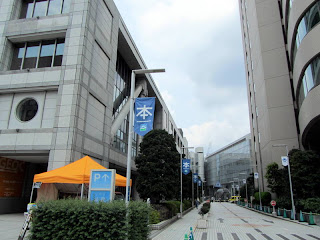 This time we were early, so the crowd had not formed yet. 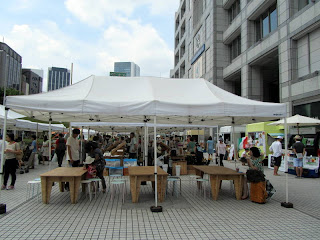 The food trucks selling cofee, sandwiches, salads, pizza etc were quite a sight. 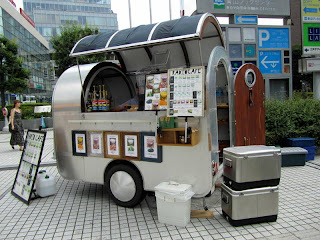 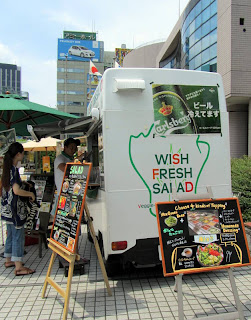 I was drawn to the fresh food and fruits. 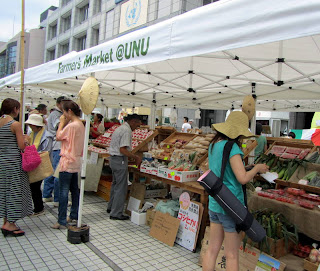 This friendly melon farmer was handing out free cantaloupe samples. They were so sweet and juicy but at around US$50 a melon, they were out of my league. 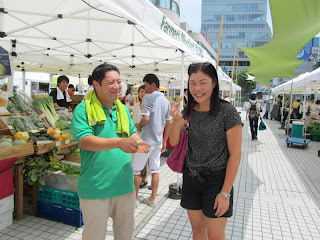 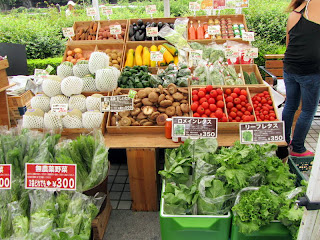 There were lots of jams and preserves too. 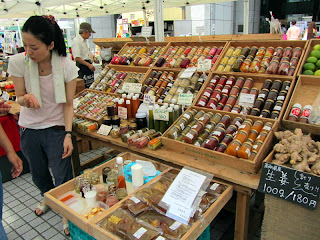 This stall was pressing sesame oil from roasted sesame seeds. The smell was so enticing, I bought some sesame seeds. Seeing how enthralled I was, he gave me a free bag of sesame meal which smelled heavenly but really, I have no idea what I could do with it. Maybe use some of it to bake bread? 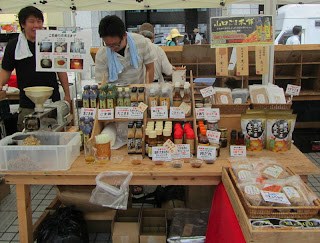 The potato and zucchini farmers were there too. Strangely, these stalls were mostly manned by young people. 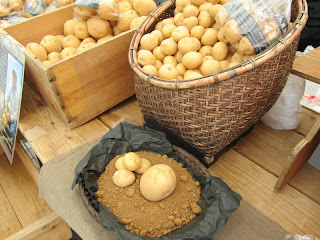 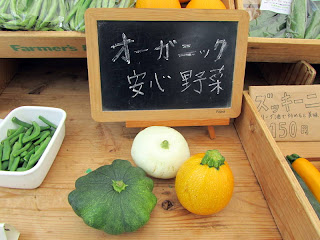 It was another hot day and when we saw these farm fresh ginger ale for sale, we grabbed a bottle. It was so refreshing. 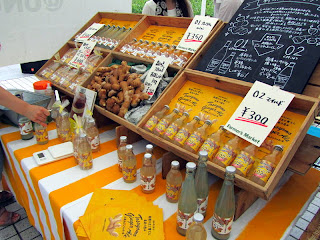 The yellow carrots were interesting. I should have bought some! 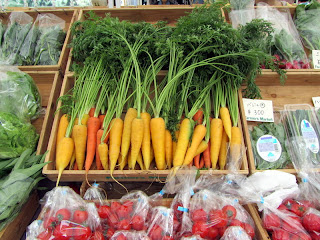 Instead, I bought some dried edamame beans from this vendor. They were large, sweet and tasty. The stall next door, Lily of the Valley Bakery, offered a wide selection of bagels. I'm not a fan of bagels but CH is, so I lugged 4 pieces home for him. 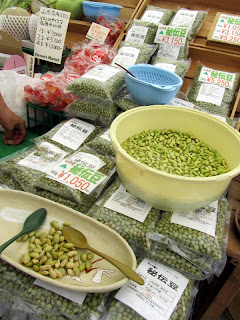 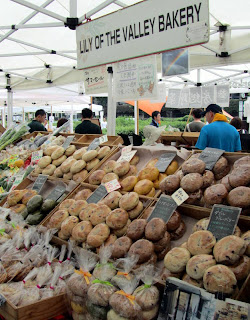 These tomatoes were gorgeous and at 220yen each (about US$3), they were quite a steal considering we paid 3X as much to eat at a restaurant that day. We ended up buying plums instead. 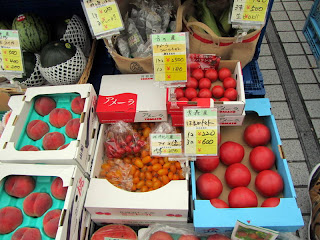 The plums were so succulent, the juice was running down our arms as we ate. 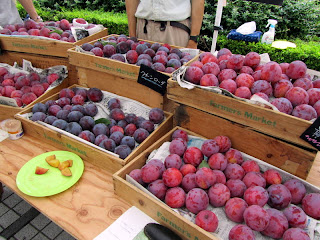 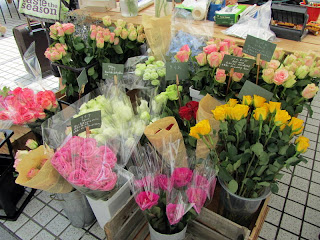 Farmers Market @ UNU is open from 10am to 4pm every Saturday and Sunday.
Posted by Blur Ting at 00:42

Bad idea to click in here. I look at all the fruits and am hungry in the middle of the night. Growling tummy and salivary glands in overdrive...

eToro is the ultimate forex broker for newbie and professional traders.

Thank you very much because you have shared many things through this article that you write this
I am very happy, because with this article, I find it easier to find interesting information about this

If you have a history of illness that is difficult to recover, maybe our next article will help you to recover

Salute for your writing, dreams are something that is sure to get tomorrow, if we always pray and work.

I can only express a word of thanks. Because with the content on this blog I can add knowledge I, thank has been sharing this information. Do not forget to visit our website to share information and knowledge about health. |
menghilangkan TB Kelenjar |
Obat Tb kelenjar Di Apotik