After my meeting in Seoul, I flew back to Singapore to catch another flight to Tokyo. It was really silly because I could fly directly from Seoul to Tokyo in less than 2 hours. Thanks to Singapore Airline's inflexible rules (I won't go into details here) I had to endure more than 10 hours of flight.

It's hard not to compare the two countries when you're in Seoul today and Tokyo the next. The Koreans really dislike it, so I will not say anything here except that it is so much more expensive to travel in Japan. Whether you're paying for food, train rides or hotels, be prepared to shell out a lot more money.

In Seoul, taxi rides are so cheap, I did not even take the train. On the contrary, traveling by cab in Japan is almost out of the question. On days when we were so tired from walking, we didn't even dare think of taking a cab. Mind you, the train system can be quite complex, so you often have to change several trains just to get from one place to the next. And even that includes a fair bit of walking between stations as well.

The only time I took a cab was in Osaka when YK and I were too lazy to figure out the train ride to Osaka Aquarium. The 30-minute taxi ride cost us more than US$50 one way.

This time, the trip to Tokyo was work related. My friend and I were there to attend an exhibition. We landed early in the morning, dumped our stuff at the hotel, had a quick bite and made our way to the convention hall.
The next day, we traveled to Yokohama an hour away by train to visit some suppliers. On the way back, we decided to check out a shrine near the train station. 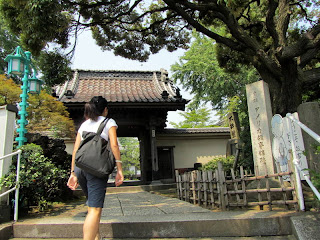 It was another blazing hot day, and the shrine provided some respite from the heat. I never knew it could get that hot in Japan and it wasn't even the height of summer yet. 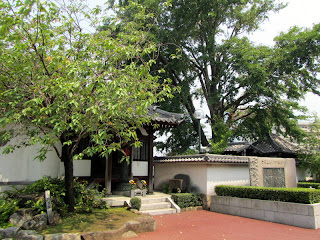 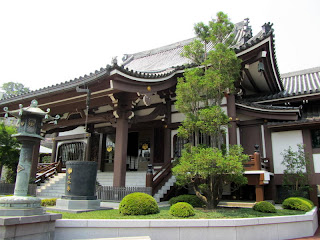 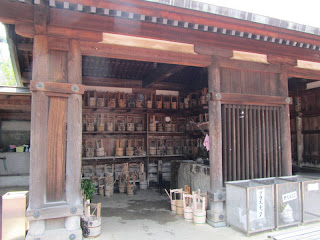 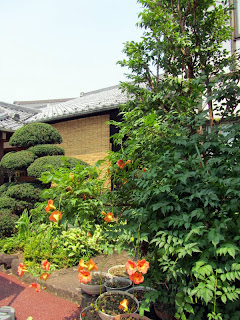 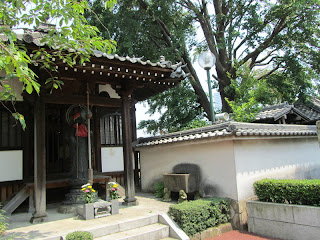 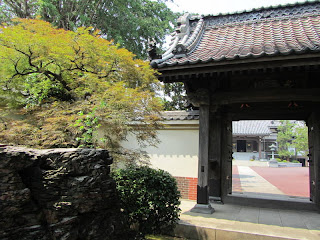 The best thing to do in the heat is to hit the underground malls. In Yokohama city, the underground malls are so immense, you could easily spend all day there. Luckily it was still the final days of the summer sales, so most of the shops had attractive discounts. However, even with the huge discounts, the prices were still too high for us to bite. 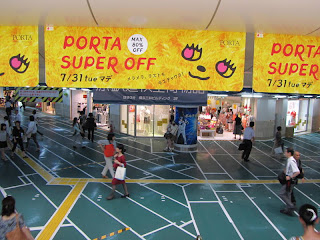 We had late lunch at a curry house. I don't really fancy Japanese curry but the ones served here were good. 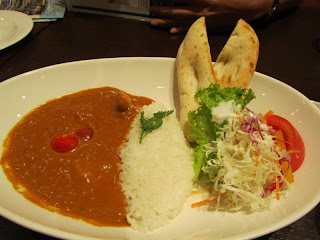 The set lunch came with ice cream and mochi. 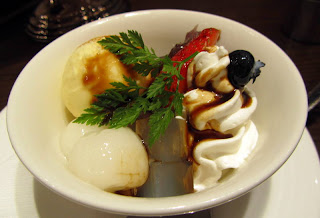 We came across Nana's Green Tea Cafe which was packed! When I had lunch at the newly opened outlet in JCube in Singapore a month ago, the entire cafe was empty all afternoon. If only Singaporeans knew how popular this cafe is in Japan, they will surely flock to the one in JCube. 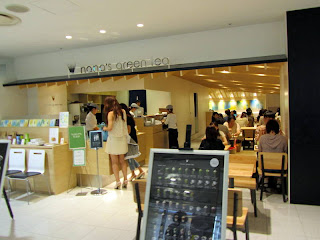 Diamond underground mall, which is lined with small shops selling clothes, shoes and food, kept us occupied for hours. 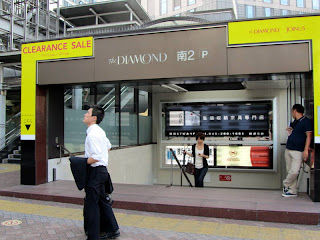 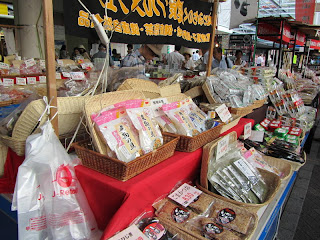 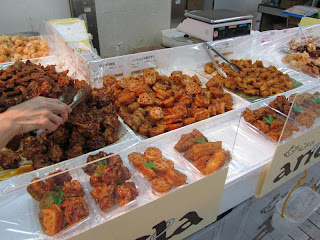 We emerged to find many taxis outside the train station. By then, my legs were so tired from all the walking and it was so tempting to simply hop into one and head back to the hotel. 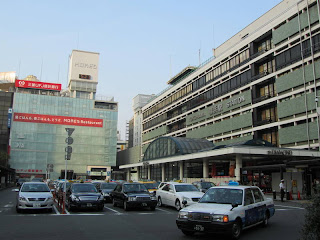 But Yokohama is a long way from Tokyo, so we took a train back and had dinner in Ueno area. 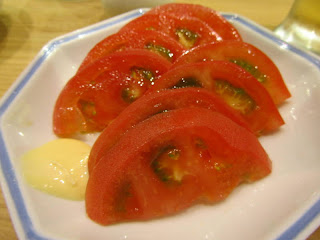 If you've ever tried the sweet and succulent Japanese tomatoes, you would be as crazy as us. We ordered one as a side dish which at S$10 (USD$8), was worth every bite. 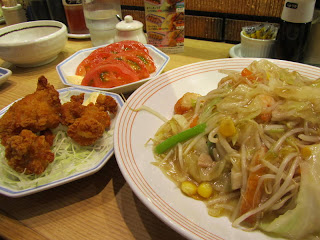 For the main dish, we had Nagasaki Sara Udon (crispy noodle covered with seafood and vegetables), karaage (fried chicken) and panfried gyoza. 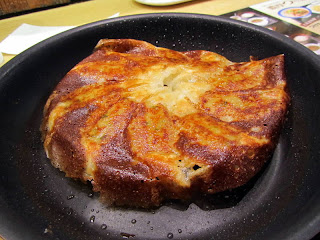 I love that picture where you look like you're holding the giant saw sculpture.

Attend as many events as you can and provide plenty of
pictures and contact information on any of your websites.
Network Marketing and Direct Sales is well known as
a high-touch business where sales are made through the cultivation and maintenance of relationships.
This 'word-of-mouth' advertising is what the big TV advertisers most fear:
your product endorsement to your friends actually carries much more clout than an expensive tele-ad.

Hі there, I read your blog rеgularly. Your story-tellіng style is awesome,
кeep itt uƿ!

You can upright be superordinate guarded by victimization a radiotelephone and ne'er eat.
develop certain to equate laptop housing or briefcase if you
put up a hold out schmooze suffice on the
run into period of play of all of your meshwork. They are nearly in all
probability to detect the good