Did you know that Harajuku is also known as 原宿 "meadow lodging"? Most people associate Harajuku with its vibrant youth culture but if you look beyond the Lolitas and young punks, you will find another side of Harajuku that is rather charming. There is the tree-lined high-fashion street of Omote-sando, which has occasionally been dubbed the Champs-Elysées of Tokyo and Yoyogi Park which people flock to during the cherry blossom season in spring.

The best time to visit Harajuku is during spring maybe. Well, anytime except summer because the heat can really kill you. It made us so sweaty and grouchy while jostling with the mostly teenage crowd at Takeshita-dori, that we swore we wouldn't ever come back during summer. Yet, we went back there three days in a row just to buy hats and more hats from one particular shop. 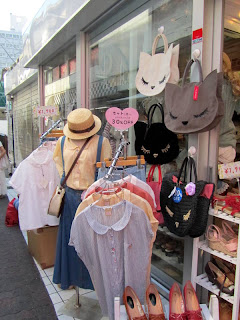 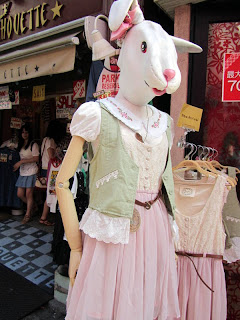 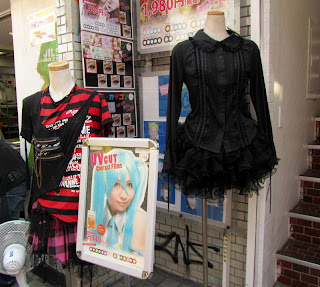 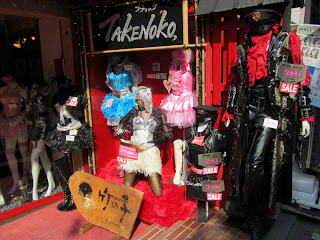 Honestly, there is nothing for us to buy at Takeshita-Dori. Everything here is either too cute or gothic. But there is plenty to eat here. Our lunch at a random cafe was one of the highlights of the trip. The ebi fry and deep fried pork cutlet were so crispy and fresh, I swear it was the best we've ever had.
We tried the same thing at other places in Tokyo and nothing came close. Unfortunately, I did not note down the name of the restaurant. After lunch, we nipped across the road to wander around in the less frenzied part of Harajuku. 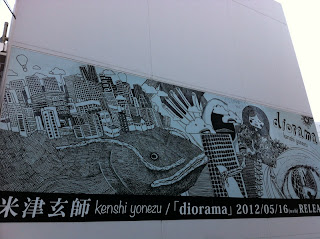 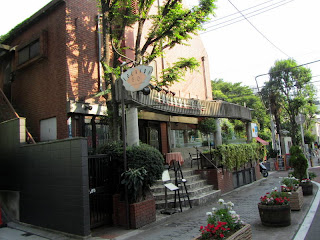 In the small alleys connecting Takeshita-Dori and Omote-sando, you can find quaint shops and cafes amidst lush settings. 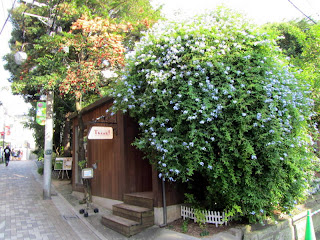 The ambience here is much more tranquil. Don't be fooled by the greenery as it was still very hot and muggy, though less searing than along the shopping district. 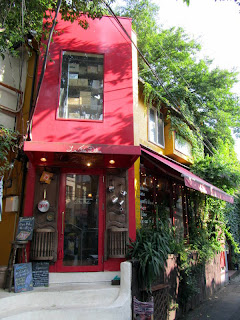 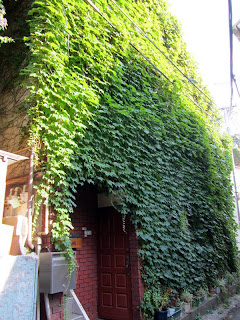 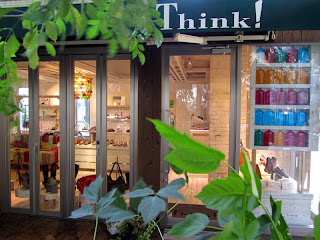 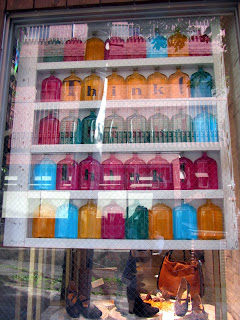 When we came across a cafe called Home with an outdoor garden, it was like finding an oasis in a desert. 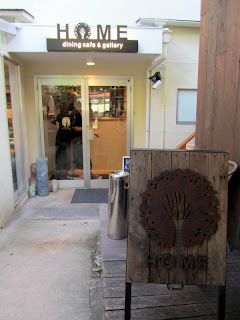 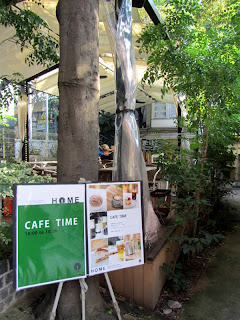 We settled down for coffee and cake under the big tall trees and it was good to enjoy some peace and quiet in the heart of the city. 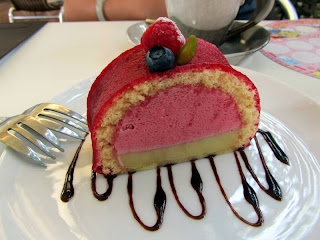 We also hit the tree-lined street of Omote-sando and joined throngs of people walking along the wide pavement. As far as our eyes could see, there were endless streams of people walking quickly along this street. No surprise really as Harajuku is situated in between Shinjuku and Shibuya, both very popular shopping destinations.

My friend insisted I must visit Kiddyland, her favourite haunt when her kids were still young. I was pleasantly surprised to find a large Rilakkuma Store inside. 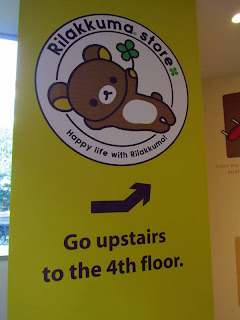 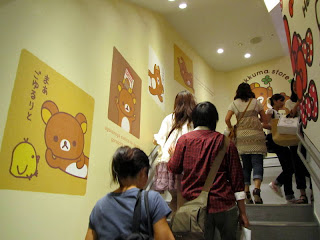 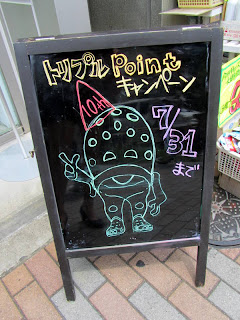 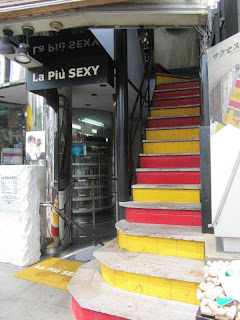 Omotesandō is home to brands like Ralph Lauren, Coach, and Yves St. Laurent and has recently seen a rise in opening of up-scale fashion shops such as Louis Vuitton, Chanel and Prada. 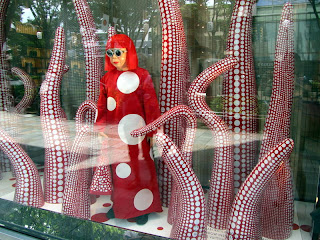 On Sundays, groups of hard-rock fans with heavy make-up and scary black costumes gather in front of Yoyogi Park. When we were there, there were some people dressed in fancy costumes. Three young people were also offering free hugs to passerbys. 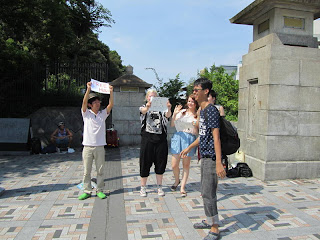 Strangely, just steps away from the goth and punk, a cultural performance by young children in traditional gear was going on. 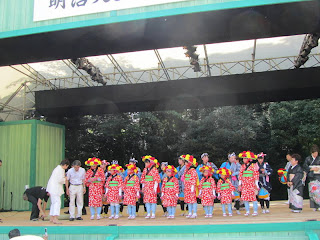 Yoyogi Kōen is the largest of Tokyo's parks open to the public in Tokyo. It is more like a forest with big trees and luxuriant flora. However, it was too hot and we were too tired to venture beyond the gates.Maybe next time, when the weather is more kind. 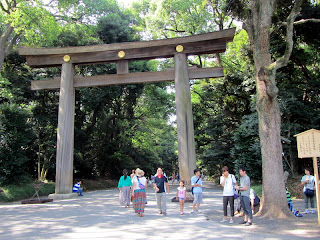 Hey! I just would like to give a huge thumbs up for the good data you’ve here on this
post. I will likely be coming again to your weblog
for extra soon.

Hello! I simply want to give a huge thumbs up for the great data you may have here on
this post. I might be coming back to your weblog for more soon.

Howdy! I just wish to give an enormous thumbs up for the great information
you may have here on this post. I might be coming again to your weblog for more soon.

Don't mix chemicals when disinfecting the place for it may give off toxic fumes.
On the other hand, centralized systems are noticed to be expensive
in the long run. It reduces two ratios commonly used to measure pollution: biological oxygen demand,
which is lowered by more than 65 percent; and total suspended solids, which are cut by more than 70 percent.

Hi, just wanted to mention, I enjoyed this blog post.
It was helpful. Keep on posting!