It seems that in Bhutan, every road, track or trail leads to a Dzong or monastry. You might think by now we were up to our eyeballs in temples but our guide, Phuntshok assured us that Punakha Dzong is different.

Also known as the palace of great happiness, Punakha Dzong is arguably the most beautiful Dzong in  Bhutan, especially when the jacaranda trees are in full bloom.

To fully appreciate its magnificence, Karma stopped the car across the river for us to admire it from afar. 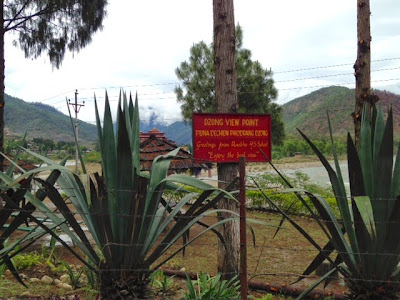 Located on an island at the confluence of the Pho Chhu (father) and Mo Chhu (mother) rivers in the Punakha–Wangdue valley, it is connected to the main land with the help of a wooden bridge. 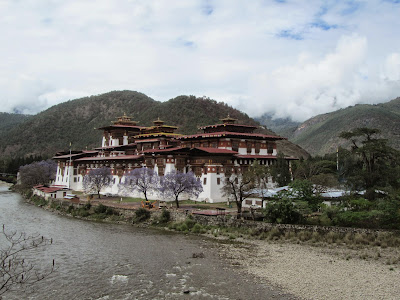 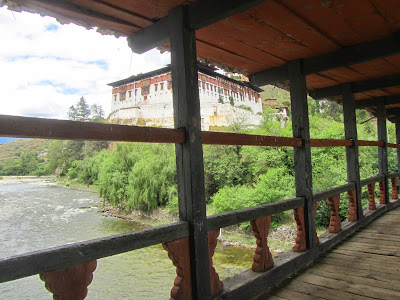 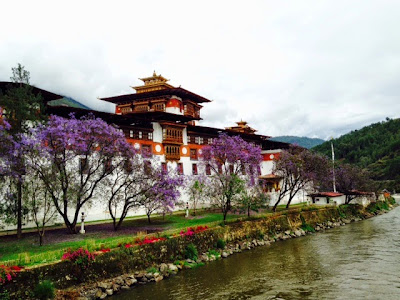 Then we drove a little nearer to take in the best view. Indeed it is gorgeous,  framed by the lilac blooms of the jacaranda trees. 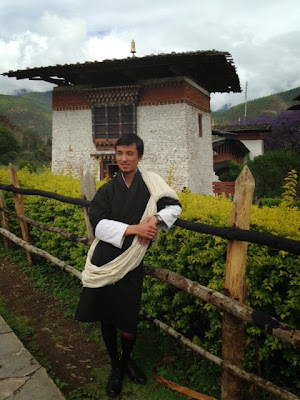 While waiting for the gates to open at 3pm, we spotted Phuntshok posing for photos in his official attire - Gho worn with a white silk scarf called kabney as a way of showing respect while visiting temples, attending official meetings, meeting high officials, and celebrating festivals. 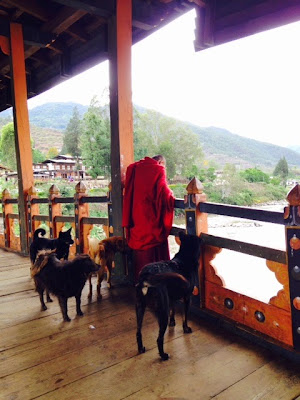 Punakha Dzong was built in 1637; it was the second dzong to be built in Bhutan and is also the second largest dzong in the country.  It is the venue for the coronation of all the kings of Bhutan. The wedding of the current King, Jigme Khesar Namgyel Wangchuck was also held here on 13 October 2011.

You can read all about the fascinating history of the Punakha Dzong including how it was damaged by earthquakes, fire and floods here.

In case you're still clueless, Dzongs are massive fortresses with towering exterior walls surrounding a complex of courtyards, temples, administrative offices and monks' accommodation. In Bhutan, Dzongs serve as the religious, military, administrative, and social centers of their district. 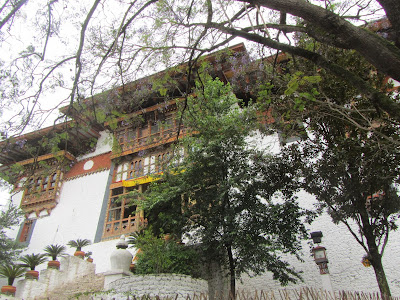 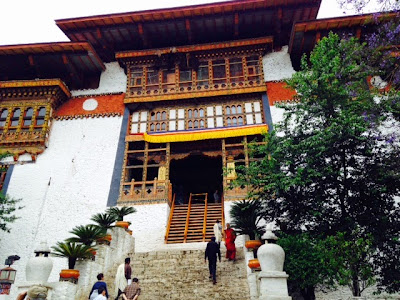 In addition to its strategic position at the river confluence, Punakha Dzong has several features to protect it against invasion. The steep wooden entry stairs are designed to be pulled up, and there is a heavy wooden door that is still closed at night. 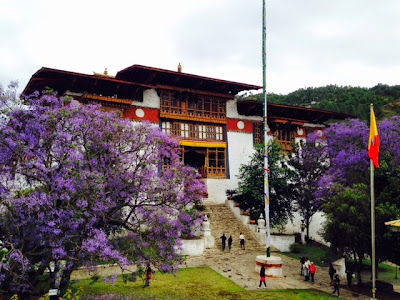 The assembly hall is even more impressive. Located at the far end of the dzong, the ceiling of the hall is adorned with paintings of several beautiful dragons. Since cameras are not allowed inside the halls, the only way to appreciate its beauty is to be there in person. 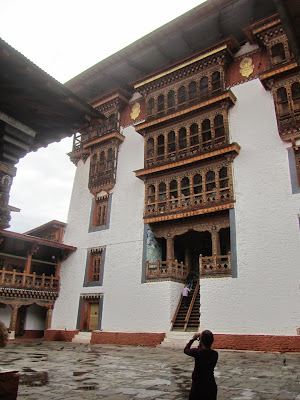 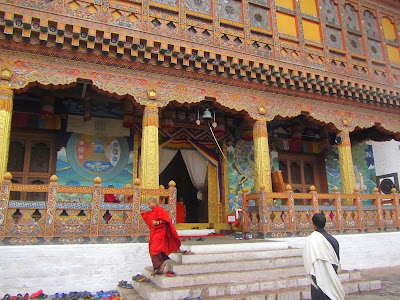 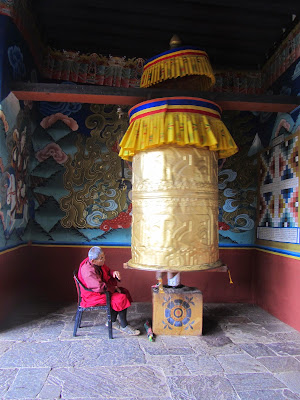 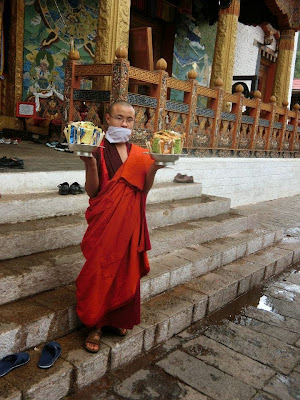 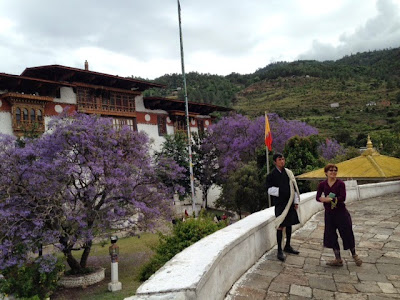 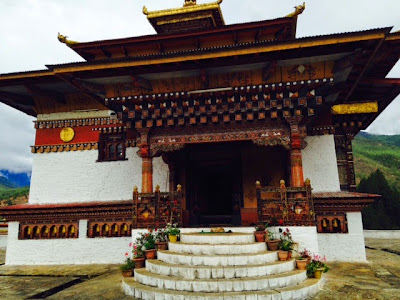 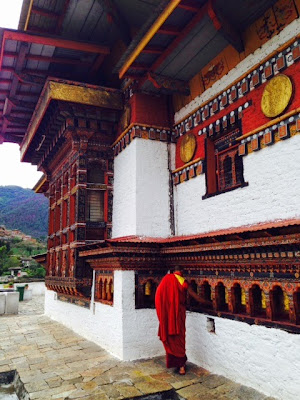