If you ask me which place in Bhutan's  has left the deepest impression on me, it has got to be Taktsang Goemba, also known as Tiger's Nest Monastery. 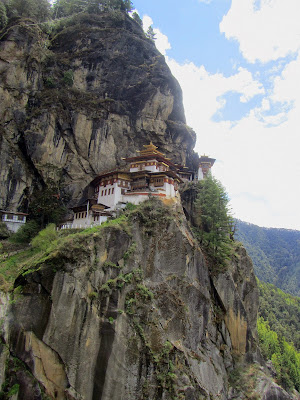 Don't get me wrong. Areas like Gangtey and Punakha are incredible but the Tiger's Nest perched on the side of a cliff high above a forest of blue pines and rhododendrons, is in a class of its own. 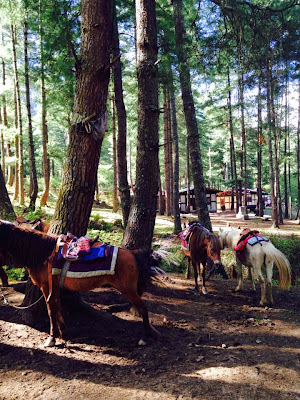 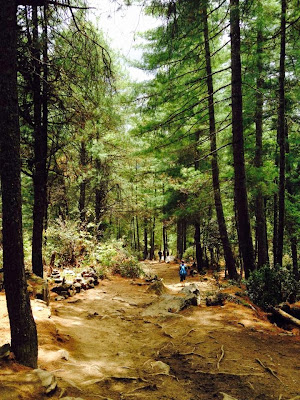 It is said that Guru Rinpoche flew to the site on the back of a tigress, a manisfestation of his consort Yeshe Tsogyal, to subdue a local demon some 1,300 years ago. Finding shelter in a series of caves, he lived and meditated for three years before setting out converting the Bhutanese to Buddhism. Considered the holiest site in Bhutan, it is also recognised as the cultural icon of the Kingdom. 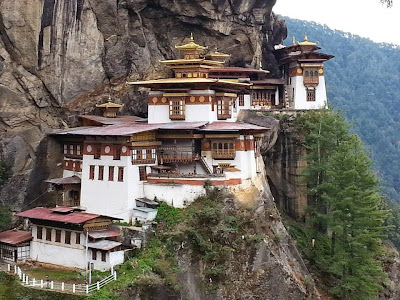 The monastery is in an isolated location accessible only by mountainous paths. Due to its unique location, supplies to the tea house and resort up the hill are normally carried by horses. 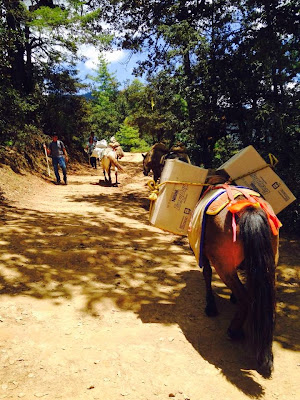 In 1998, a huge fire destroyed the monastery and emergency assistance was impossible within short notice. Last year, a tourist fell off the cliff and it took the rescue team many hours to retrieve her body from the deep valley.

From afar, it seems as if the monastery is out of reach, yet everyone we met that morning were determined to get there. It's a long and hard uphill climb. The thin mountain air makes you exhausted very quickly and knee pain sets in after the gruelling climb. 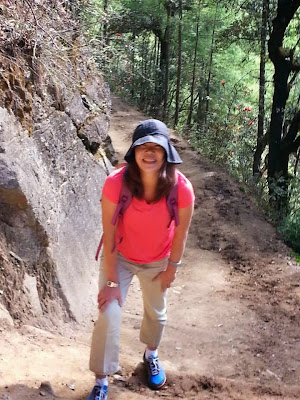 To conserve energy, we were advised not to talk during the ascent. We thought Phuntshok was being harsh until we saw groups of people getting winded quickly from chatting and falling behind.

Depending on your fitness level, it can take between 2 to 4 hours to reach the monastery. There is a tea house along the way where people stop for free tea, biscuits and to use the toilet. 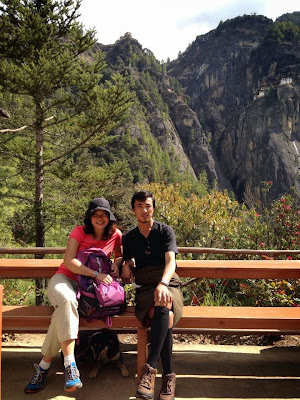 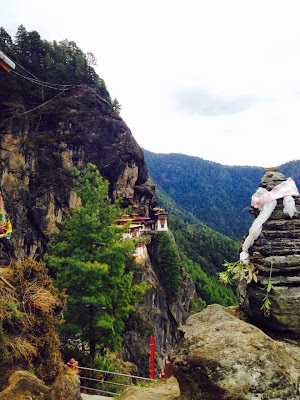 After that, the ascent gets steeper and hotter with the sun blazing high in the sky. It's always a good idea to start early in the morning. We saw people starting their trek when we were heading back around noon and I felt nothing but pity for them.

After the dirt tracks, we came to the start of the stone stairways. This is also the best spot to capture the best view of Taktsang Goemba. We were reminded to be careful for this was where the tourist fell off just a year ago. 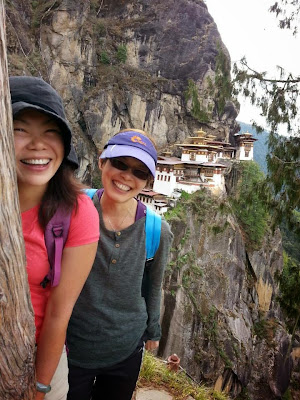 We took in the mersmerising view of the green valley before tackling the flight of steps which took us down to the valley before going up again towards the entrance of the monastery. 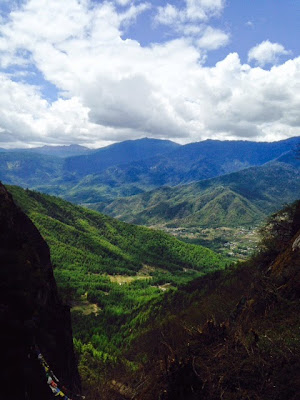 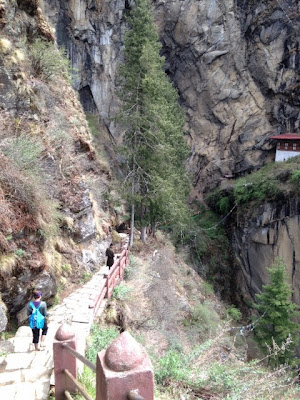 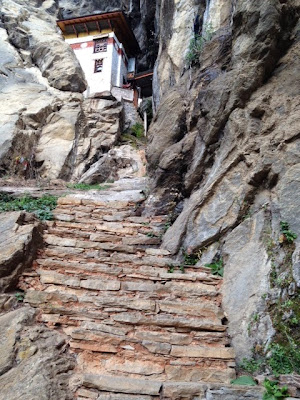 The final flight of steps brought us to the destination. We had to hand over our cameras, phones and bags to the security officers before entering the building. You should also be dressed
appropriately as this is a holy site.

I asked the seurity officer if he climbed all this way up to work everyday, he smiled and said they stay for a month each time.

We were given a tour of the different religious chambers. It was in the temple with the sitting statue of Padmasambhava that I suddenly felt goosebumps all over my body. Phuntshok said that he always felt complete after visiting this monastery. While reading up about Taksang Goemba, I realised it's not uncommon for people to have some kind of spiritual experience when they're here.

After spending half an hour at the monastery, we were famished and wanted to make our way back to the foot of the hill as fast as we could. The descent (the same road up) was much easier and we didn't stop very much to take photos or breaks.

At the foot of the hills, there were many stalls selling colourful handicrafts. 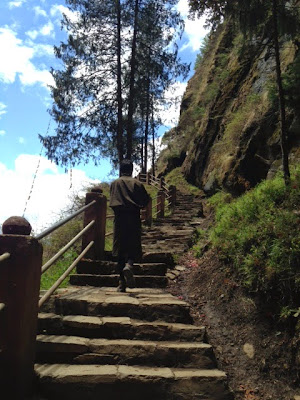 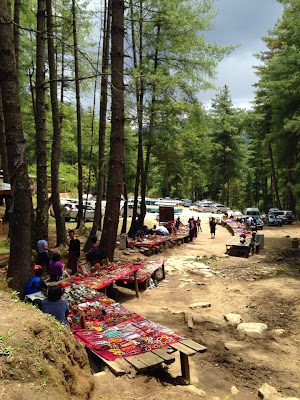 Karma had set up a picnic mat under the pine trees with hot food and milk tea waiting for us. I can say this was the highlight of our trip. The lunch was delicious and the experience is simply unforgettable. 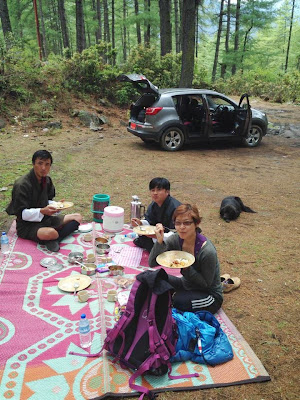 We were surrounded by dogs and cows at the picnic ground but none of them encroached our mat to bother us. After lunch, Phuntshok shared our leftovers with them. 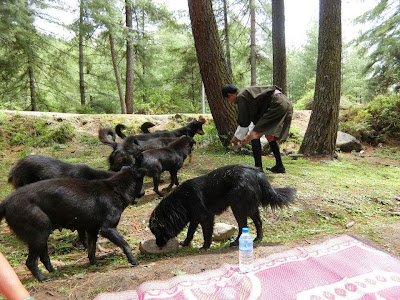 It was the best day of our trip. Sadly, it was also the end of our tour. We left the beautiful kingdom when dawn broke over Paro Valley the next morning.

What a beautiful and dangerous place too! The dogs look so healthy! ;)