Things to do in Thimphu

Two days after the earthquake in Nepal, we could still feel the aftershock in the form of light tremors in Bhutan. Though it is a small country, the King quickly sent a big team of medical doctors and supplies, along with US$1m to help their neighbour. Karma, our driver, gave us updates of the situation several times a day.

A highly anticipated singing competition in the heart of the city was also cancelled. Instead, the monasteries swung into action and monks started chanting for the victims of the earthquake.

Despite warnings of dogs barking well into the night, we slept well. Breakfast is usually a simple affair in Bhutan. In the breakfast room, I picked steamed sweet potatoes, an egg and toast. 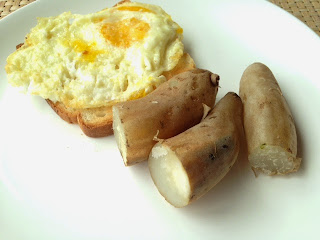 The people drink copious amount of red tea. Their daily diet is predominantly red rice, chilli (ema datshi), some vegetables and lentils. Meat is eaten only once or twice a month. The Bhutanese rely heavily on imported food and goods from India.

Due to their lack of refrigeration and warehousing facilities, most of the locally grown organic potatoes are exported to India. In the cold winter months, Bhutan will have to import the same potatoes from India at an inflated price.

High on the agenda today was to get ourselves some Ngultrum (local currency), so we headed to the general post office building where the bank is located. If you see carefully, you will find a dog lying at the foot of the stairs. This is a typical scene in Bhutan. 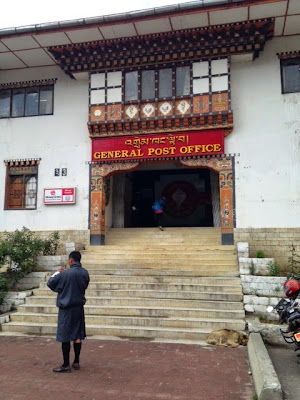 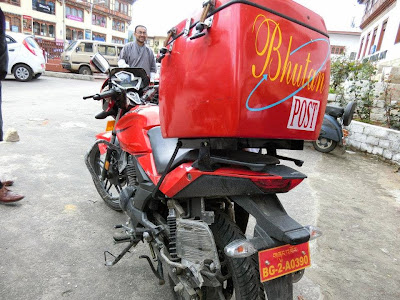 In the post office, lots of tourists were buying up Bhutanese stamps with such enthusiasm, like they were shopping for jewelry. Generally, foreigners are eager to bring home a piece of Bhutan and there isn't much to buy here. 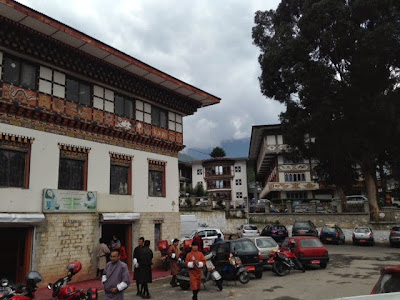 Feeling somewhat secure now that we have some Ngultrum in our wallet, we headed to the hilltop to see Buddha Dordenma, a gigantic Shakyamuni Buddha Statue made of bronze and gilded in gold. 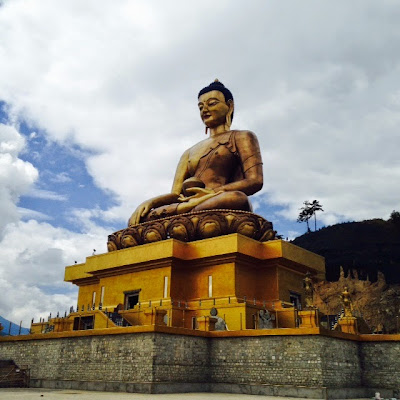 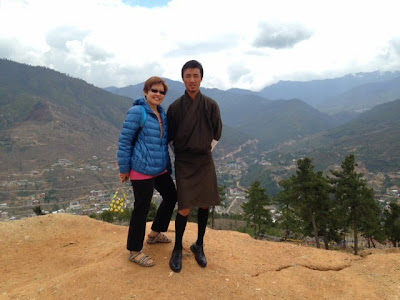 The rest of the day was spent visiting the National Library and museums where we saw traditional weaving techniques, how they carve wood and make paper out of tree barks. 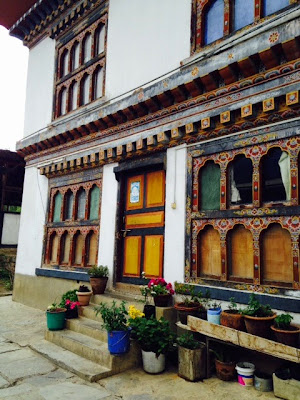 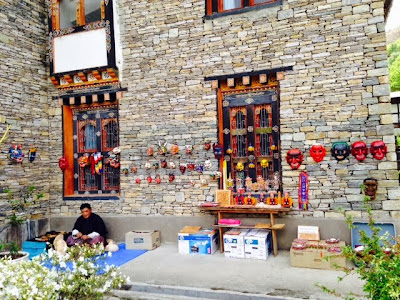 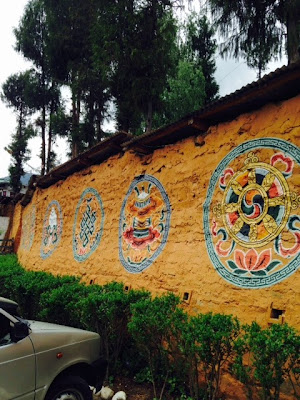 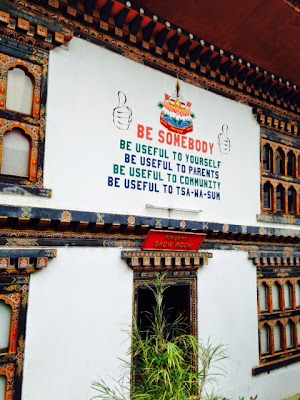 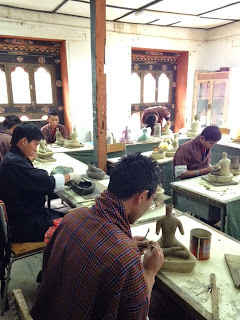 An intricate piece of work takes a full time weaver up to a year to complete. Most Bhutanese women weave during their free time. They make their own hand woven kira to wear to weddings or important events. 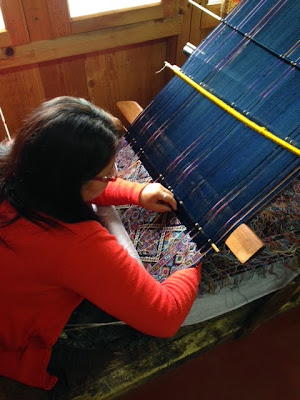 We visited a very old farmhouse to understand how the farmers lived years ago. Phuntshok said something about men sneaking into the rooms at night to have fun with the womenfolk. Little Bhutan has a really interesting article about this 'night hunting' tradition. He also pointed out a bath in the middle of the farm yard and I thought how could anyone bathe in the cold and open yard. 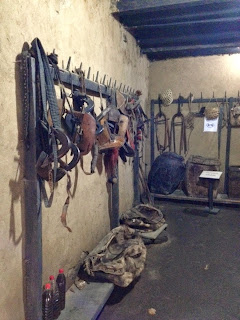 All the details are lost on me now. This happens when you see too much in one day. I only remember running after two little puppies at the farm. 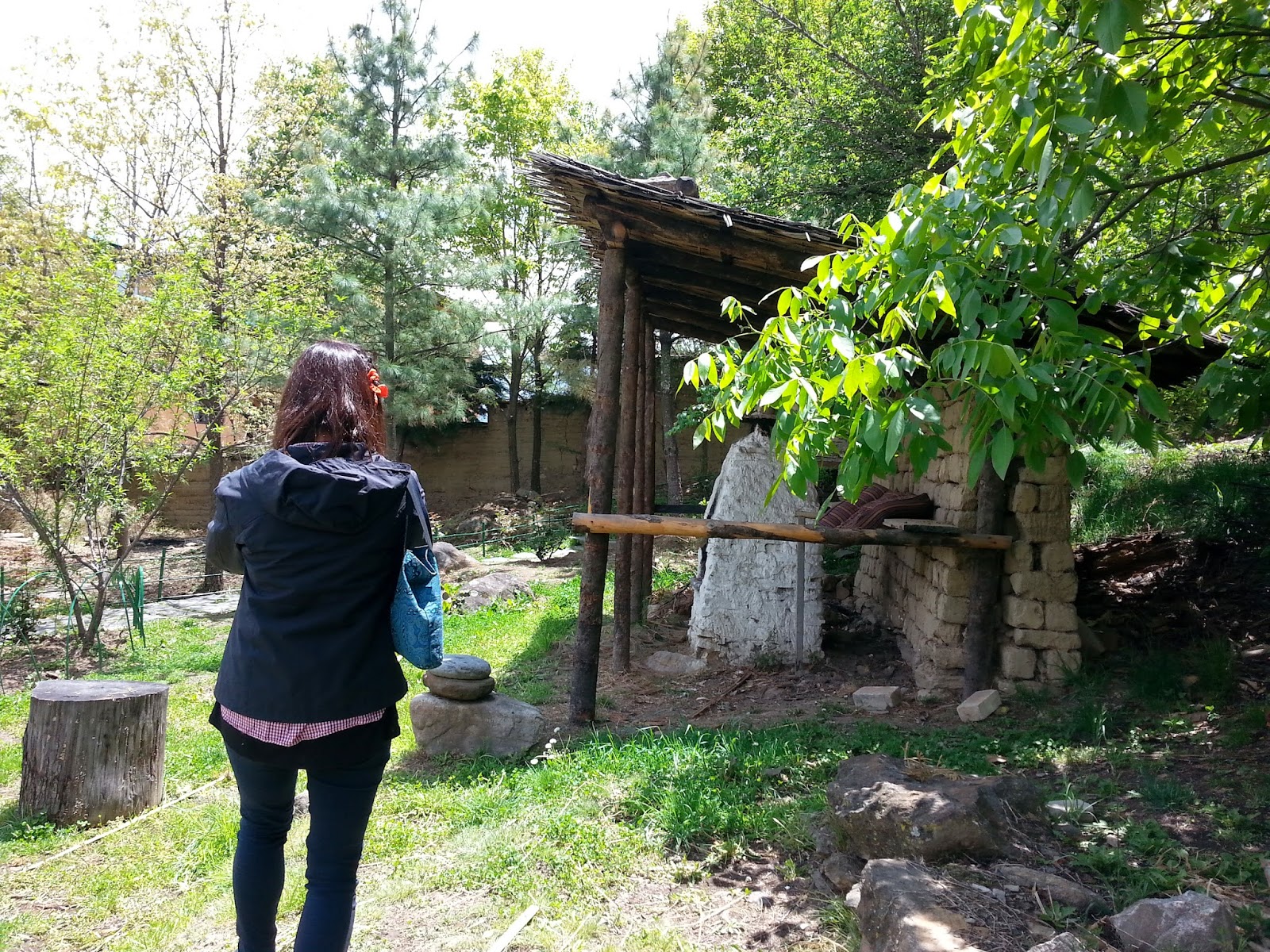 At this point, let me show you these 4 friends commonly found in paintings and carvings all over Bhutan.The parable of the 4 friends is very popular here. Read here if you're interested. 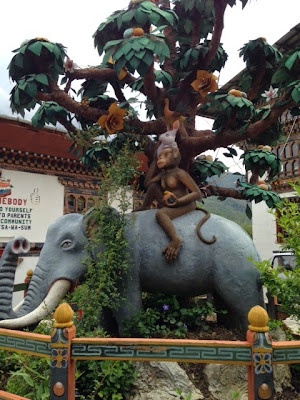 We had lunch in a lovely restaurant with a lush garden. It was here that we got hooked on the Druk 11000 beer. It is a really good locally brewed beer and I suspect it has everything to do with their water supply. 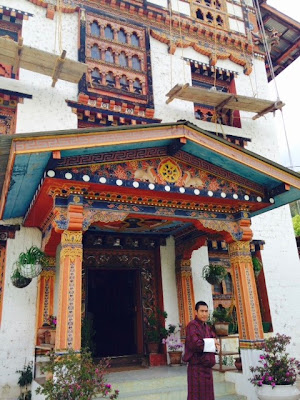 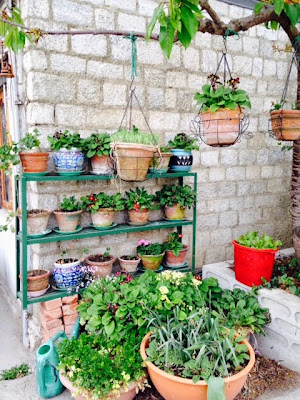 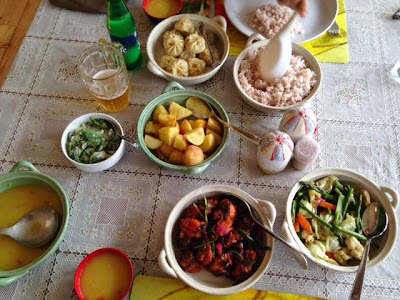 After lunch, Phuntshok brought his son Thanjin to say hello. We were so thrilled to meet such an adorable and handsome boy! I love to see  kids wearing the traditional 'gho' (for boys) or kira (girls). 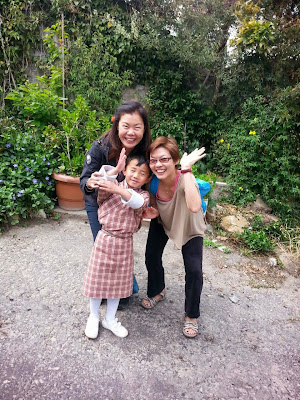 Flush with Ngultrum, we could finally patronise the bakery we had been eyeing since arrival. Opened in 1970 by one of Bhutan’s first expatriates, it’s a much-loved institution with expats and locals. 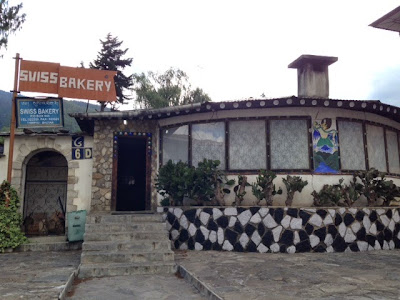 We ordered some cakes and coffee and chatted until the sky turned dark. 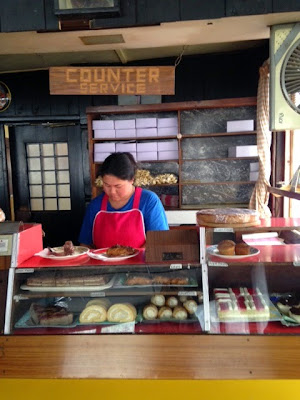 New Diet Taps into Innovative Plan to Help Dieters Get Rid Of 15 Pounds within Just 21 Days!

eToro is the ultimate forex broker for new and professional traders.