I went hiking with SK this morning, this time we 'conquered' Bukit Timah Hill which, at only 163 metres, is the highest point in Singapore! I used to do my long runs here every Sunday while waiting for SK to finish tuition. At that time, I could run up and down the hill rather effortlessly. Today, I nearly died while attempting to run up the steep incline! It took me a long time to catch my breath. Gosh, I'm so out of touch these days. 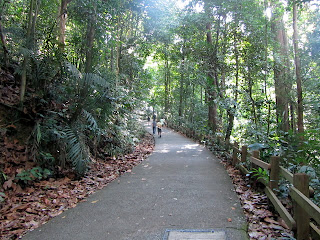 A bunch of macaques gathered at the entrance of the park. This mother had a teeny weeny baby clinging onto her belly. 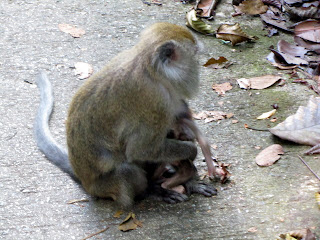 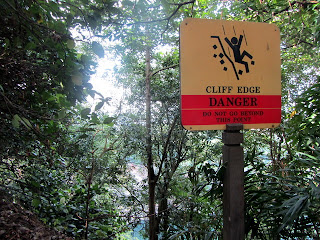 There are two ways to get to the summit - a gentle paved road vs a series of steep steps. We took the shorter but steeper route. 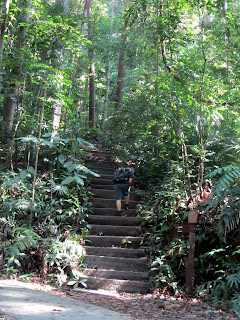 After tackling one flight of steps, we had to deal with another. 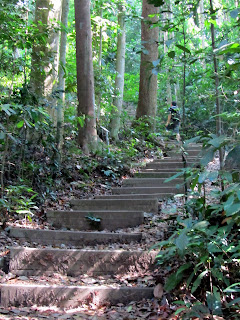 Finally, the concrete stairs gave way to a gentler incline. 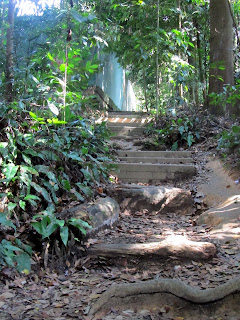 Then we could see the summit - a pavilion basking in the morning sun. 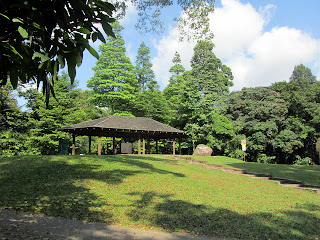 On the way down, we spotted a monitor lizard foraging for food in the undergrowth. 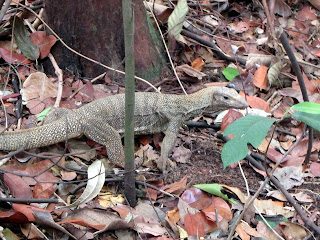 Instead of taking the same route back, we made a diversion into the jungle trail. 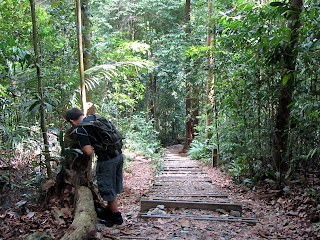 This time, we went downhill via a series of steps. Descending is just as tough (on the knees) as going uphill! 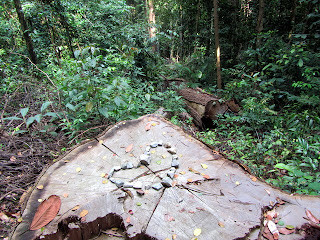 This little artwork on a dead tree trunk brought a smile to our faces. Someone was declaring his/her love in the middle of a forest! 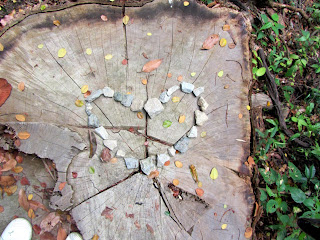 Some of the trails we encountered were well trodden and muddy. 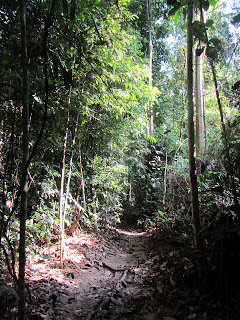 Bukit Timah Nature Reserve and Central Catchment Nature Reserve are homes to more than 840 flowering plants and over 500 species of animals (including butterflies). With such an astonishing variety of plants, animals and insect life, the nature reserves are indeed treasure houses of Singapore's biodiversity. 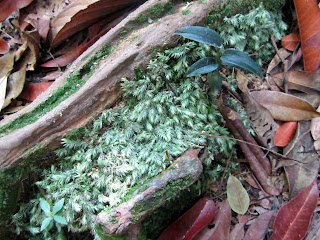 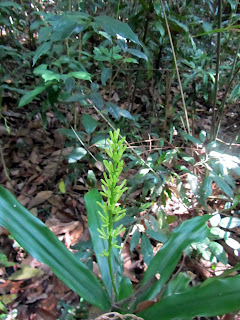 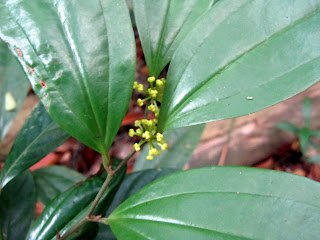 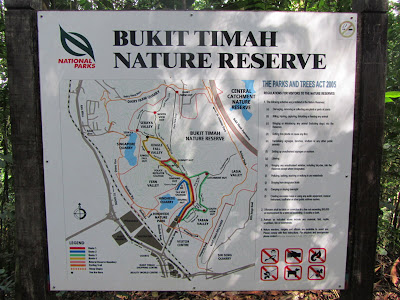 The jungle trail even boasts of a tiny waterfall. 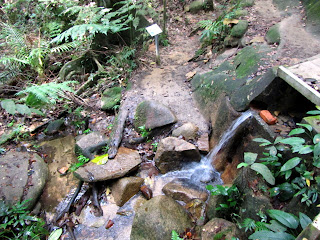 To get back to the main track, we had to climb up an endless amount of steep steps. 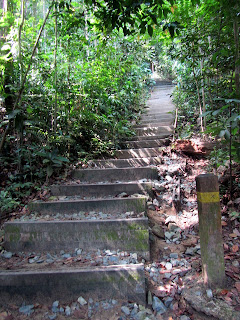 At one point, the tall steps gave way to gentle root steps created by nature. Aren't they fabulous? 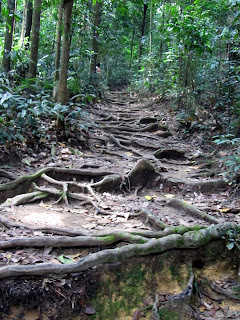 After the hard climb, I stopped to catch my breath (and check emails). 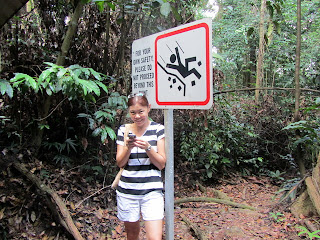 Thanks to technology, I can hike and work at the same time. Some people feel that it defeats the purpose of going into nature but to me, I enjoy having the best of both worlds! 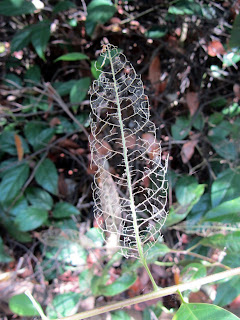 Nice! great to see you doing all the outdoorsy activities! But the weather is so hot recently! Rem to drink more water!

Yes, super thirsty after the hike!

Have a look at my web blog :: private investigator companies new jersey