Hey guys, I’m back! The past week was like a tough boot camp! We pedaled all day long, from 9am till 4.30pm, averaging about 70km on most days. It was no cake walk for we only stopped for lunch breaks. My legs are hard as rock now but my belly feels like jelly from all the good food we ate!

We joined a bunch of really great cyclists from America. Most of them are already grandparents but are simply invincible on their road bikes, leaving us trailing in their dust everyday. It was impossible to catch up with them but being the most gracious bikers, they always had a kind word of encouragement for us.

We had our own off-days in Paris and Belgium to do some sightseeing and shopping. As you can imagine, it was an action-packed week. Thanks to the beautiful weather, I took lots of fantastic photos (almost 900 pictures!!) Do expect a lot of stories in the days to come (of food, people, sights, castles, adventures, animals…). Some of the places we visited were simply too gorgeous, I’ll have to dedicate a story to each one to do enough justice.
As usual, you can trust me to work hard and play twice as hard. 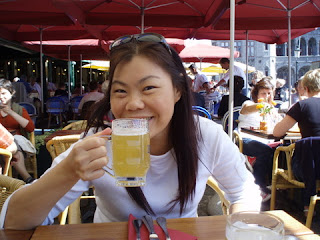 Taking a break in Bruges. Cheers!
My best friend and I had a great time and we covered so much in so little time. Look at how we were zipping about all week…on our bike, the bus and trains. We even went on a little canal cruise…. 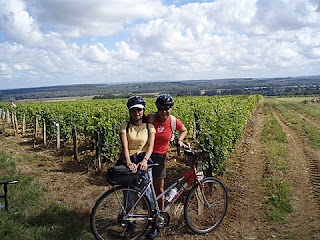 With best friend in the Sancerre vineyard. 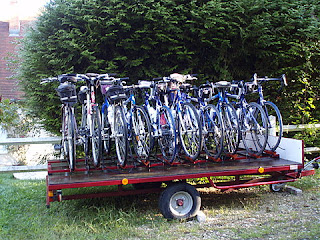 Our bikes on the trailer, ready to set off for another day of biking. 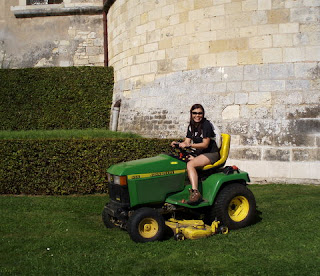 I thought I could earn some pocket money working on the castle grounds. 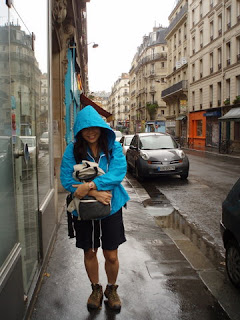 Walking in the rain in Paris to catch the train to Loire Valley. 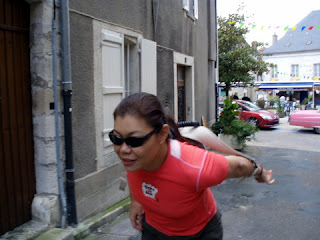 We walked around alot during our lunch breaks in the little French villages. Ready, set, go! 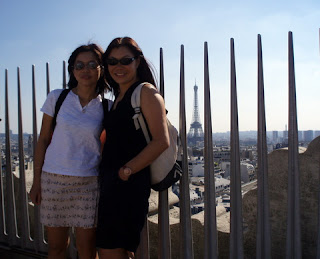 We climbed 284 steps up to Arch de Triomphe in Paris. 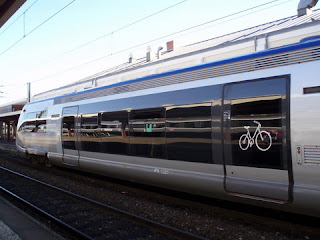 We took the train to Nevers, in Loire valley. We also moved about in Paris on the Metro. 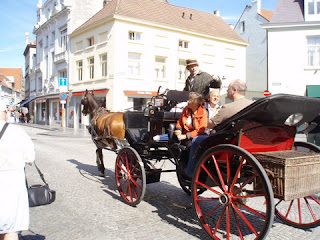 We could have done this touristy thing in Bruges but we prefered to tour the town on foot. 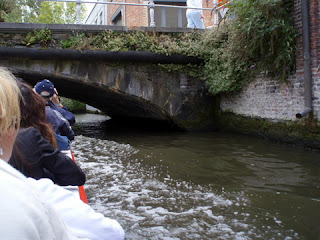 We took the canal cruise in Bruges. 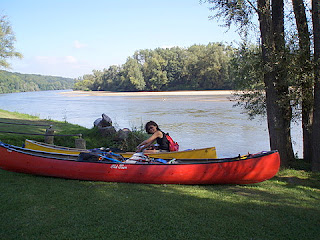 My friend tried to canoe by the river. What was she thinking?
Posted by Blur Ting at 06:47

Blur, It just looks wonderful! I cannot wait to hear your stories. We missed you back here. :(

By the way, I tagged you for the "nonsense story meme". As usual, don't feel obligated. It was pretty fun to play along, though.

I'm so happy you're back! I'll bet Rusty was beside himself to see you!!

I'm just back home too but not from something so fun like yours. You sure look so enjoyable in those pic. I cant wait to see more :)

Come over mine to see how you could be granted a wish.

welcome back blur! great pix, and looks like you had a GREAT time!!!

Great pictures. Sounded like you had an excellent time.

Haha, I lost control, MH. With my new camera, I can take over a thousand pictures and I was just a shutter happy baby!

Hey! Thanks for the comment on my blog...Isn't it funny we both have a picture at the Monkey Journey to the West door mural. How cool is that. We might have been sipping cafe au lait at some corner cafe at the same time! What a small world. Cool pictures by the way!

Indeed! I was having a glass of beer at the outdoor cafe near Marriot while you were sipping cafe.

I still can't get over the fact that I paid 6 euros for the same thing that cost 2 euros in a cafe in Loire the night before!

beats mixr headphones
Wow, this post is nice, my sister is analyzing such
things, therefore I am going to let know her.