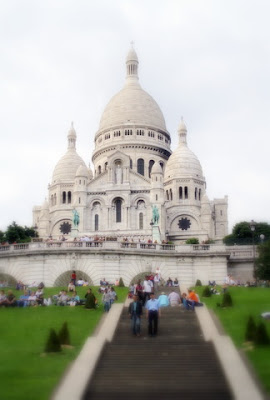 I finally made it back to The Sacré-Cœur Basilica again. There it stood, in its majestic splendour, built of Château-Landon (Seine-et-Marne) stone, a frost-resistant travertine that constantly weathers out its calcite, so that it bleaches with age to a chalky whiteness.
Located at the summit of the Montmartre butte, the highest point in Paris city, this revisit brought back piognant memories.
It was in summer 2000 when I first climbed up the many steps to the basilica with mum. The walk up the steps is clearly not for the out of shape. Standing on the stairs of the Sacré-Coeur, you can see a panoramic view that dominates Paris.
It was her first visit to Europe. She was in her early 60s, still strong and full of vigour. We spent two weeks triasping across the region, marvelling at the alps and meadows, admiring the arts and architecture and soaking in the sights that took our breath away.
That would probably be her last visit to Europe. She’s no longer interested in traveling across the seas to faraway places. She has retired from traveling and is now focused on nursing back her health.
'Health is wealth’ may sound like a cliché but how true it is. 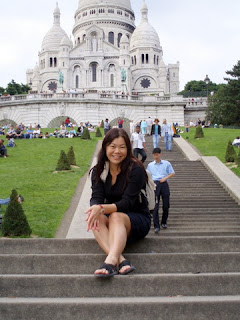 Sitting on the steps leading to Sacré-Cœur Basilica. 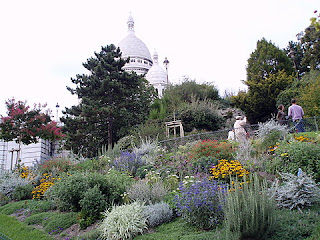 The chalk-white dome peeks out through the beautifully landscaped grounds. 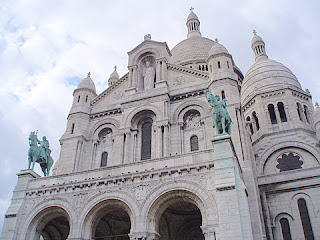 The Sacré-Coeur measures 100 m in length and 50 m in width, and is crowned by a distinctive 83 m dome. The 84 meter high bell-tower shelters an 18.5 ton bell with a 850 kg clapper. The interior of the church hides a lot of treasures of its own: marble sculptures, stained-glass windows, and mosaics. 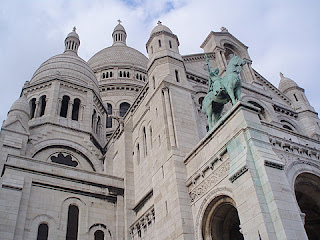 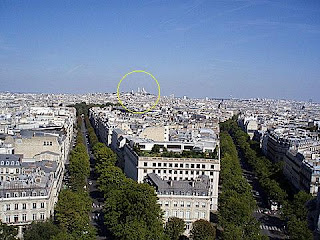 It is visible from the top of Arch de Triomphe. 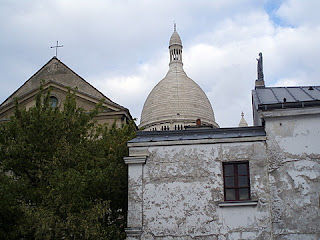 The white domes of the Sacred Heart Basilica patrol the Paris skyline from the top of Montmartre. 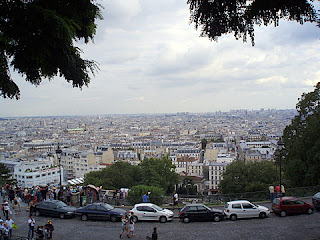 On clear days you can catch grand vistas of the city from the terrace and steps. During sunset, there were musicians entertaining the crowd on the steps.
Posted by Blur Ting at 17:50

Yes indeed I ditto that!

Wow, what an amazing building.