It's still a public holiday, SK wanted to go to the beach to collect some shells for his aquarium, so we drove to Changi Beach early in the morning. As expected, there were lots of campers over the long weekend but I had not anticipated the amount of trash strewn all over the park. It was appalling!
We got back into the car and drove to a more isolated part of the beach with less campers but there were still alot of trash, some strewn below the big banners asking people to keep the park clean. We took a short walk along the beach at Changi Coast but couldn't find any shells. 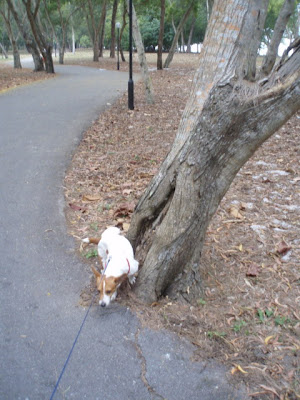 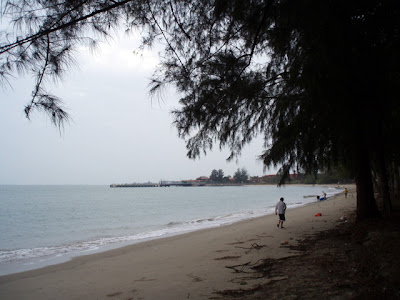 Then we got back into the car and drove to the more popular East Coast Beach. Apparently the cleaners had done a great job because the park was almost spotless. All the rubbish were bagged up and put away, so the walk was much more pleasant.

Though Singapore is an island surrounded by water, we can hardly boast of spectacular beaches. Due to the extensive reclamation of land especially along the east coast, our shoreline is not even original. When you look out into the sea, you'll find lots of big ships in the horizon. As a result, the water is not crystal clear and you can't expect lots of marine life or sea shells along the beach.

Anyhow, we had a pleasant walk in the cool, breezy weather. It brought back memories of the kids' younger days spent at the beach every weekend.

SK tried to lure Rusty into the water but he doesn't seem to enjoy swimming very much. After a quick dip, he was more interested in rolling about on the grass to dry himself. 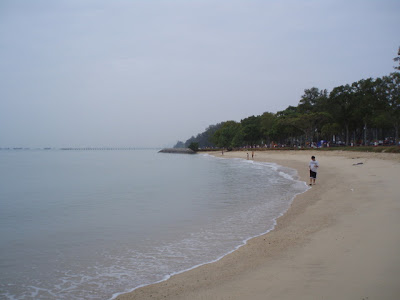 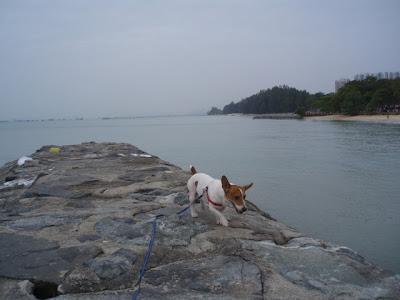 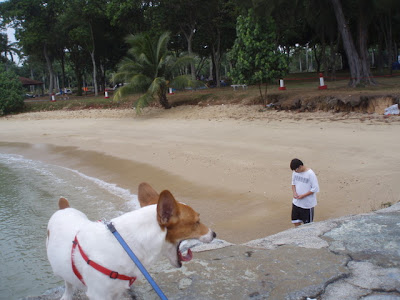 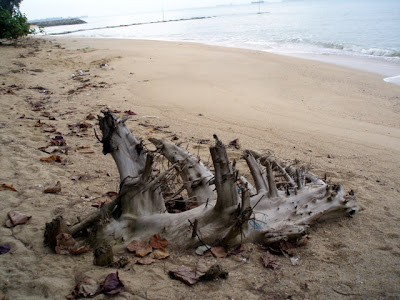 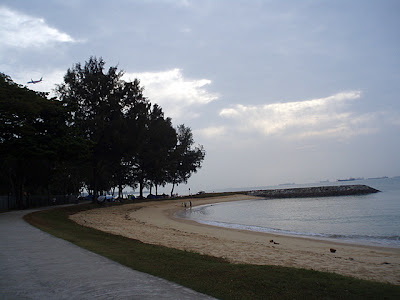 The beach looks quite clean and the weather is fine.What about the climate of there?

Hi Burcu
Yes the shore is quite clean because not many people swim there. We have tropical weather which is hot and humid all year round with temperature between 25 to 32 degree celcius.

Nice to have a walk on the beachhhhh...

Took EH for a leisurely ride on my bike along the beach last Saturday She loved it!

I haven't been to a beach in ages. Not that the beaches here are anything to shout about ...