I always look forward to dinners on Friday especially when we're out eating with good friends. Last Friday's dinner at a Peranakan restaurant in Esplanade was such a disappointment. We had an opera to catch at 8pm, so we decided to dine in the building.

Our original plan to eat at My Humble House, an upmarket and artistic restaurant in the Esplanade, was thwarted because CH was denied entry in his kilt. When the waitress offered him a pair of pants, we thought it was disrespectful and walked away. It sort of ruined our night because we ended up with a poor alternative.

I had never thought anyone could serve bad Peranakan food until we sampled the food at this eatery. We should have seen heard the warning bells when we saw large tour groups streaming into the restaurant. What they had was from a standard menu that was part of their Singapore tour.

We probably ended up eating the same food cooked in huge vats in the kitchen. The chap chye dish was bland and tasted like leftovers. The buah keluak tasted nothing like the real deal. Compared to what we ate at True Blue Cuisine, the dishes here failed miserably. We felt quite cheated. If only you could see our disappointed faces! 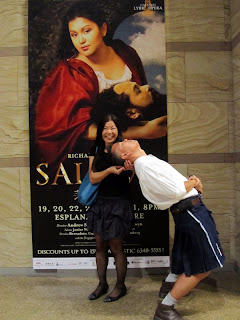 We had better luck three weeks earlier at Quentin's, the Eurasian Restaurant situated in the Eurasian Connunity House. The first time CH and I ate at Quentin's was several years ago, when they had just opened in East Coast Road. That night, the restaurant was empty except for us and they were still grappling with teething problems.

In a short span of time, they have won accolades and the hearts of many fans, so much so that they've moved to this better location and recently opened a new branch in the city.

We arrived early at the Eurasian Community House and managed to secure a good table and learn a bit of Eurasian culture from the exhibits outside the restaurant. 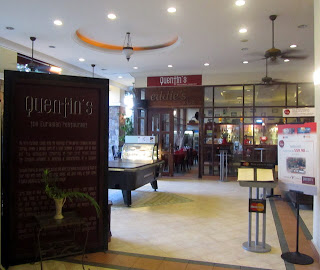 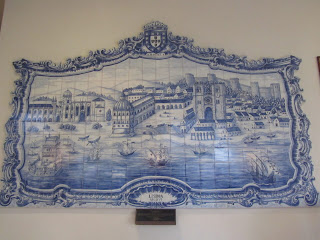 Our friend Chris loves Eurasian food, so he went the whole hog and ordered just about everything he fancied. The food was good. In fact, it must have been one of our most satisfying meals this year! 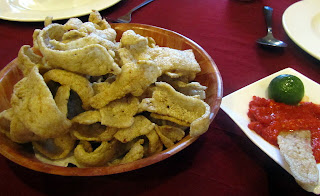 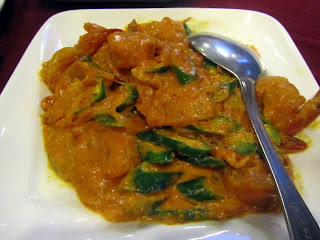 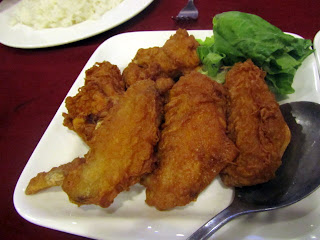 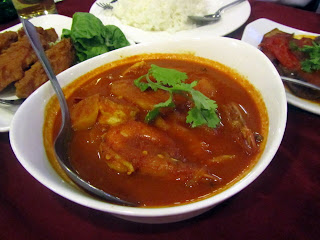 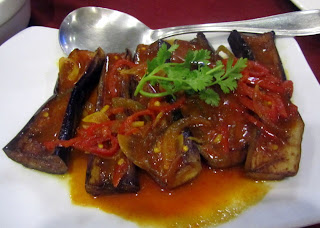 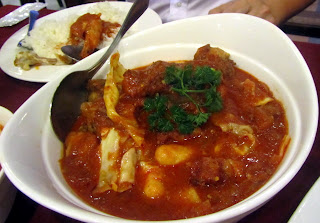 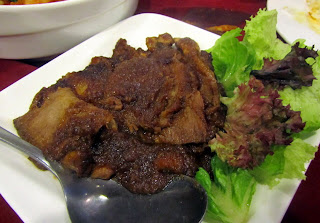 Why were kilts not allowed? That's discrimination on three counts: (1) sexual, against men; (2) national, against Scotland; and (3) racial, against Gaels.

CH could have put on the pants, and then you wear the kilt. (I'm assuming the pants offered were the type worn on the outside.) Would the restaurant have turned you away?

If the restaurant staff allowed women in kilts but not CH, that means they just assumed CH wasn't a woman (unless they had confirmation from CH). That's also discrimination. Some women may look like WWF wrestlers. Must they wear pants to eat in the restaurant?

If Prince Charles had gone to Humble House in a kilt, would he have been turned away? If not, that's discrimination yet again.

Pearl - Yes, it was pure discrimination and while we knew it, we didn't want to stick around to argue with them. They had insisted that only proper, formal wear is allowed. We think CH was dressed more properly than most men considering he wore a long sleeve shirt, socks and shoes. This was not the first time he had encountered such an incident. He was planning to write in to the management about this.

The food at Quentin looks so inviting!
Sorry about what faced by CH. It's funny why Kilt is assumed not proper wear...

Those stupid "sua-kus"! Kilts are the national attire of Scotland and all national attires from all countries should be respected as formal attire. Geez... ...

The hostess was only a junior employee. If you feel strongly about this and want to see the policy changed, please write to the management of Humble House.