Mother Hen is another lucky girl who wakes up to a gorgeous view every morning. How many people can enjoy a fantastic view of a mountain range from the backyard?

When she relocated to Oregon, I told the boys that’s where we’re heading to for our next vacation. Last December, we flew across the world to visit their favourite Aunty V! Boy, she’s the best planner on earth! Every detail was so meticulously thought out... from the daily meals, dessert to the travel itinerary, even after-dinner entertainment, we had the best holiday!

I’d heard so much about Oregon's many natural attractions that draw strength and character from its jaw-dropping peaks and vistas and when I was there, it is like a geography textbook come alive.

The boys were so thrilled to see snow again! We spent days playing with snow, skiing at Mt Hood and visiting Mt. Bachelor and the alpine lakes of Central Oregon. 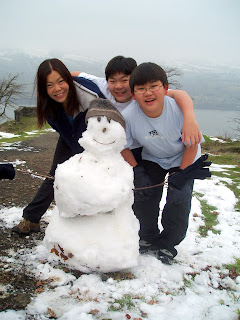 We were so thrilled to see snow at the Memaloose Overlook, we had to make a snowman right away. 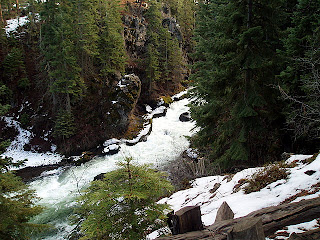 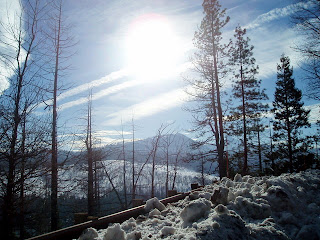 From the snow-capped peak looking down on rolling hills. 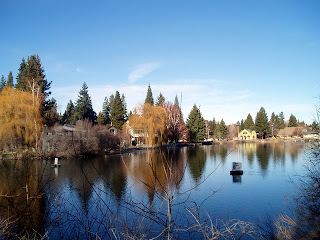 The enchanting Mirror Pond, right in her neighbourhood. 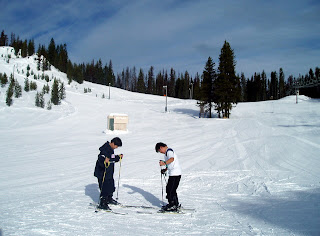 The kids fooling around at Mt Hood Ski Resort. 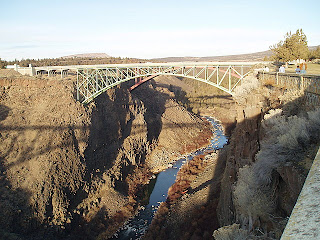 The jaw-dropping depths of the river gorge. 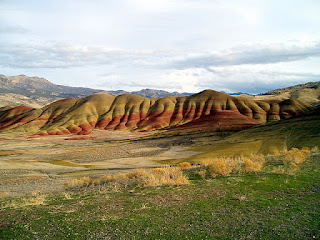 The hills get their name from the delicately colored stratifications in the soil and the yellows, golds, blacks, and reds of the Painted Hills are best seen in the late afternoon. 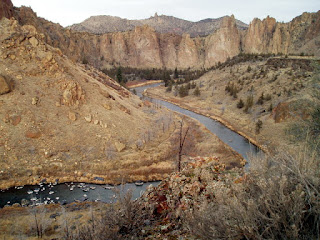 Smith Rock is a 641-acre park in central Oregon. The rock is welded tuff, consolidated from molten ash 30 million years ago. 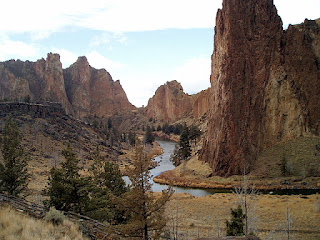 Along the Crooked River, in the upper and lower gorge, are basalt cliffs. 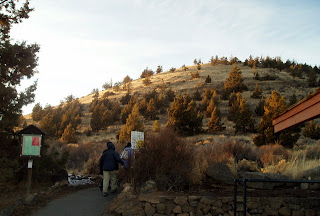 Going up Pilot Butte. At the top, prepare for a grand panoramic view of the high desert.

At sunset, the glow of snowcapped Cascade mountains in the distance put on a spectacular show.
Posted by Blur Ting at 03:22

Ya know... I was born in HK, but consider myself a native Oregonian. Lived there till I moved here. I haven't been to a lot of the eastern part of Oregon, I'm originally from near the Cali border of K Falls. But, a lot of the names you mentioned I have been and are very very nostalgic to me. I'd really love to make it back there some time. Tho, all my family are in Cali now.

It's really beautiful. You should make a detour when you're going to Cali to see some of these places again.

Beautiful. It reminds me of Colorado. I miss the untouched beauty of nature where I am now.