I was coughing the first time I was in Shanghai. Ok, so I wasn’t used to the pollution and the gray weather. Blame it on the persistent cough, I didn't appreciate that visit very much. Maybe it had something to do with the horrendous traffic, the taxi driver who drove like a madman or the endless streams of cyclists cutting into my path…..

Last May, we were back in Shanghai. A city that's one of the most exciting in the world demands time to soak in its energy, to appreciate its complexity, and to sample its many offerings, which may not be apparent on the surface. We tried our best to soak it all in within the few days we were there.

We did the usual routine... we visited temples, strolled along the Bund, stared at the scintillating lights along the skyline, checked out the parks and pubs, shopped at flea markets and malls, dined at big and small restaurants, cruised along the Huangpu river…. you know, the touristy stuff.

One rainy night, we had dinner at XinDianDi, Shanghai's trendiest lifestyle destination featuring some of Shanghai's best restaurants, bars, shops, and entertainment facilities, mostly lodged in refurbished traditional Shanghainese stone-frame housing. Busloads of domestic Chinese tourists traipse through here in the evenings, Western visitors feel like they've never left home, and hip Shanghainese flock here to enjoy the good life. What can I say? It felt like we were in Singapore!

Tired of playing tourist, we ended up at an obscure bar one afternoon. Tucked away amongst a row of old shop houses along a quiet road flanked by large shady trees, we sat on the bar stools, listening to old English songs, enjoying the cold beer, soaking in the old world charm around us… I guess this is what the real Shanghai feels like. 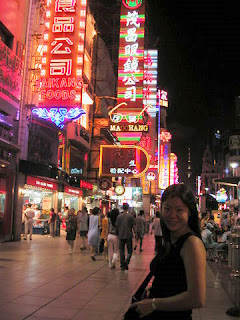 Nanjing Road is considered the "No. 1 commercial street in China". Along its 5.5 kilometers (3.4 miles), you will find over 600 shops that on average are visited by some 1.7 million people each day. 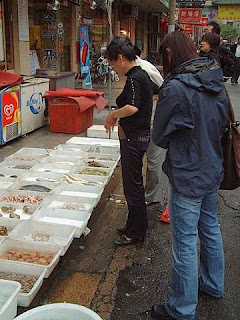 In the small alleys, you can find shops selling fresh seafood. 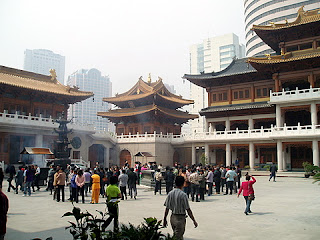 A big temple in Shanghai (forgot it's name) which receives many tourists and local devotees every day. 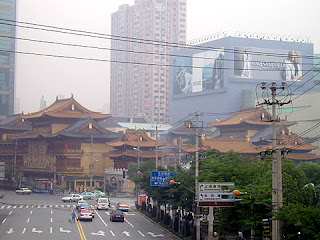 The air is polluted, but at least the streets were rather quiet on a Sunday morning. 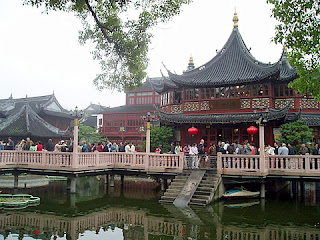 Chenghuang Temple is famous for it's beautiful pavilions and lake. 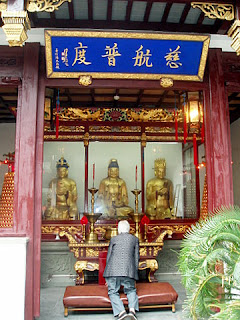 A devotee at the Chenghuang Temple. 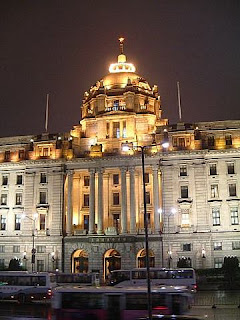 The picturesque Bund, Shanghai's waterfront promenade stretching for one mile (2km) along the bank of the Huangpu River, is renowned for its strip of Art Deco buildings. Being the most imposing spectacle in Shanghai, the Bund has been seen as the embodiment of Shanghai for a long time. This is the beautiful HSBC Building at night. 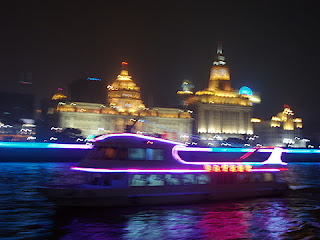 A blurry picture of the Bund, taken while we were on a harbour cruise. 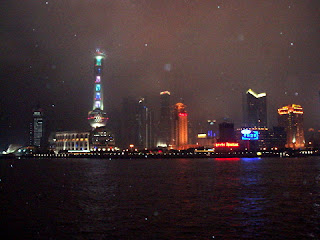 View of the Pudong side with it's famous skyscrapers. 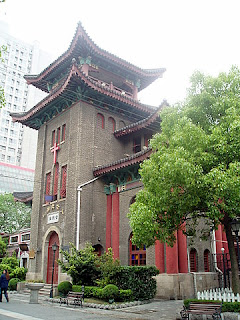 An old church building in Shanghai. 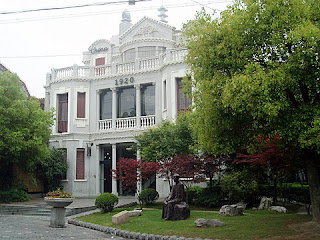 The architecture is a mix of the old and new, Art Deco and traditional Chinese. 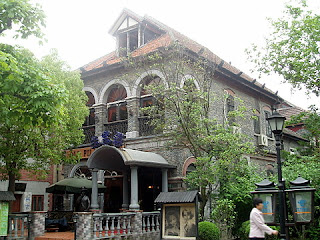 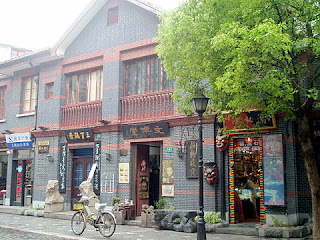 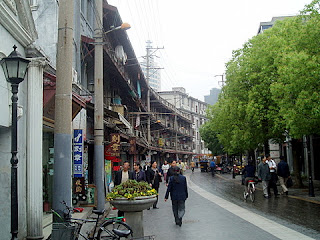 Despite rampant redevelopment, the old city still retains some buildings of traditional styles. 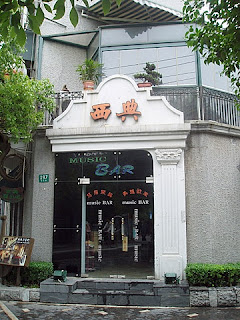 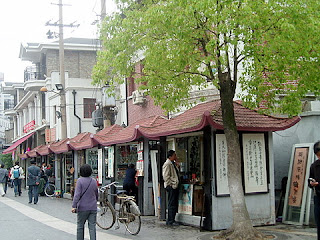 Shanghai is the largest economic and trade centre in the country. It is a shopping paradise, as well as a famous historical and cultural city. 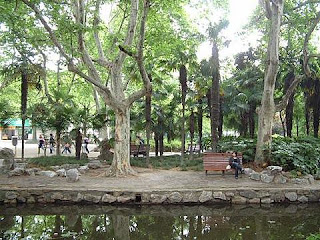 Luxun park on a quiet morning.
Posted by Blur Ting at 20:23

maybe cos they're somewhat similar. You know what, I haven't been to Japan. I really want to go there soon!

Well, ya better be quick! It's not that far away!