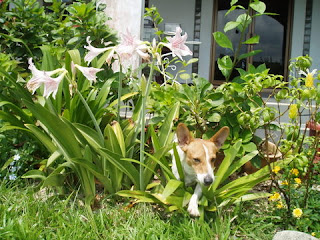 I started looking for a house since early this year. I’ve sold my apartment and moved back to live with my parents at the farm in the Northern part of our island for the last 6 years. While it’s idyllic and peaceful in the countryside, we’re beginning to feel the inconvenience of living there.

My parents’ house is pretty inaccessible. It’s situated deep within the agrotech park, at the end of a 3km undulating road. That means if the kids were to walk to the main road, take a bus to the train station, then take a train to the East, followed by a bus to school, the entire journey (30km) would take at least 2 hours. They’ve not done it before because I have been ferrying them to and from school all these years.

Now that they’re older and going out with their friends more often, I don’t want to be their driver forever! So the best solution is to look for a house in the East. It was exciting at first, driving around looking for houses and apartments, contacting housing agents.

All of a sudden, our property market went crazy. Prices started escalating, first 10%, then 15% and now it is at an all time high. It seems to be going on an upward trend for the next few years. According to a new study by Jones Lang LaSalle, Singapore’s property market is the hottest in the world for major real estate investments. Astounding rental growth and rising values were cited for the strong showing. Even the rise in office space is now the highest in the world!

At the rate it's going, we can never afford one with a beautiful garden to attract butterflies and for Rusty to run around in. Sigh, looks like we can only dream about it now. I’ll be their driver for the next few years… I might as well be a taxi driver.
Posted by Blur Ting at 18:44

Gosh, Blur. I used to be real estate broker, so I understand everything you are saying. I'm so sorry you guys are going to have to wait. :(

Ya Holly. I can only buy one house, it's not like I can simply go out and choose one first and pick another one when the timing is right. I'll live with my parents for now. I love living with them actually.

That pix of Rusty is our fav. In fact, it was published in our national newspapers one Sunday under "My pretty pets" section. He looks so serious and intent on hunting for something...

OUCH! Actually I love your parents place though, it's so nice :)