We landed in Colombo late at night, at an airport that is as old as I am, hoping the coach would arrive quickly and whisk us away to our hotel so our holiday could begin.

After a 15-minute ride through dimly lit streets, we arrived at the Goldi Sands beachfront hotel, bleary eyed and disoriented. The kids were tired and fell asleep soon on the comfortable beds.

I woke to the sound of crows in the morning and withdrew the curtains to find them frolicking in the sun. In the distance, a procession of fishing catamarans was returning from the sea. 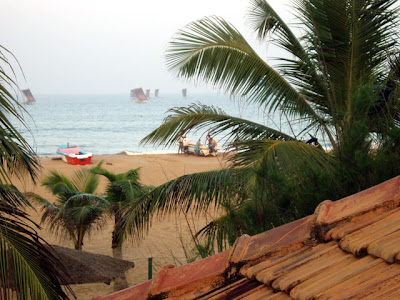 After a night of rest, Negombo began to look very charming in the morning light. Even the hotel lobby was beautifully painted to resemble the ocean floor. 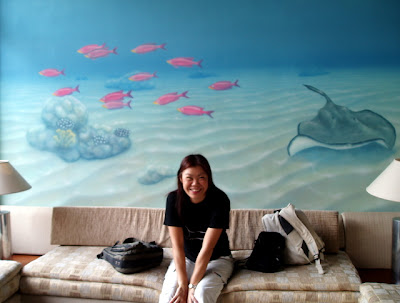 During my morning walk along the coast, I didn't see any tourists. Apparently, the fine sandy beaches of Negombo have been mostly unexplored as most tourists use the town for the first or the last night of their stay in Sri Lanka. 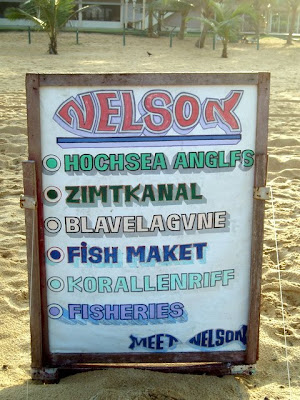 Negombo was once a trading port for Portugese and Dutch. Today, the fishermen of the Negombo lagoon live in abject poverty in small, thatch palm villages, relying on traditional knowledge of the seasons for their livelihood. 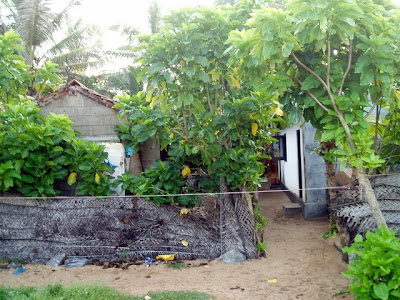 A typical house by the shore.

Using outrigger canoes carved out of tree trunks and nylon nets, the fishermen bring in modest catches from September through till April. The brightly painted boats are said to have originated in the islands off the Mozambican coast, brought to Sri Lanka by Portuguese traders in the 17th century. 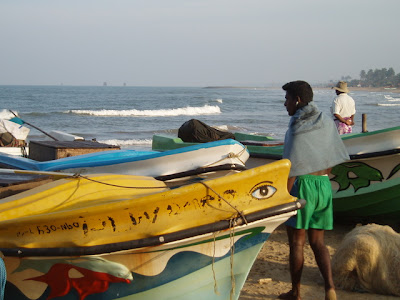 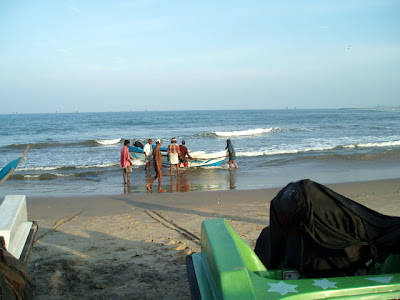 Boat coming in with fishes. 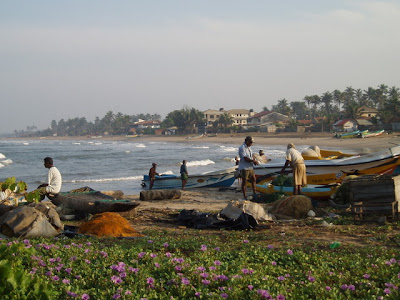 Fishermen gathering around to sort out the catch. 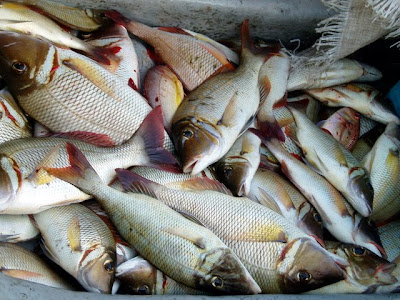 The bigger ones were sold in the market. 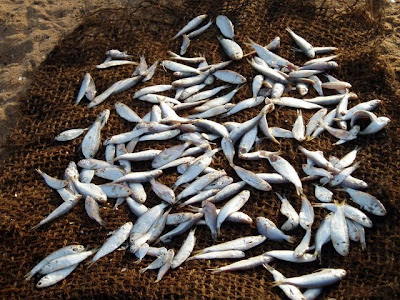 The smaller ones were dried in the sun. 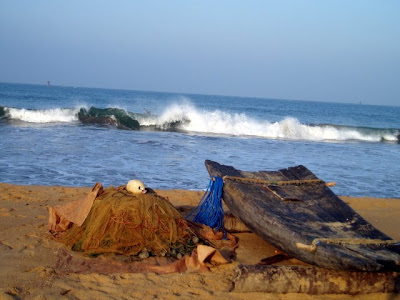 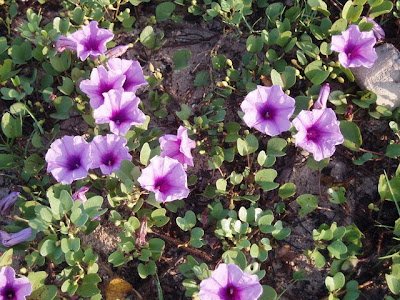 If you have taken the time to study a good affiliate marketing tutorial and you have researched your
keywords and niche market, now is the time to get your affiliate link and start promoting the heck out of it.
Lastly, do your research and start promoting
your product. Once you decide to do this, you have to make sure that you do not only have the
necessary parts for your site to run through the
internet but you also know how to make people know you.

Hmm it seems like your blog ate my first comment
(it was extremely long) so I guess I'll just sum it up what I submitted and say, I'm
thoroughly enjoying your blog. I too am an aspiring blog writer but I'm still
new to everything. Do you have any suggestions for beginner blog writers?
I'd definitely appreciate it.