YK was wondering if he should go to India this December and I kept saying, "Go, go, go!" It's a 20-day trip organised by the school to help the improvished villagers build homes and teach them skills to improve their lives.
I would pay to go on a trip like that! My enthusiasm must have been contagious for he finally signed up. For a change, we would be hearing about his adventures but until then, you'll just have to bear with mine.

The biking trips in France are designed for anyone who can ride a bike. We could ride from point A to B or if we're feeling adventurous, we could make a detour to explore other villages along the way.

Together with Michaela, the Australian cyclist, we decided to explore the villages of Vaugines and Cucuron, enroute to Lourmarin. The moment we set off, Michaela sped off quickly and disappeared from our view. That sweet and demure looking lady could certainly ride like the wind. 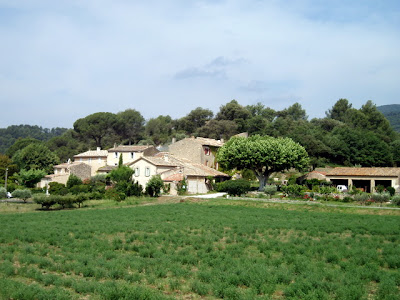 While stumbling along unpaved trails winding through a cherry plantation, we found her picking dark red cherries that were hanging on the low branches. Soon all three of us were munching on succulent cherries. I had never tasted such sweet ripe cherries in my life!

After we cleared through the shady plantation, the village of Vaugines, situated in the foothills of the Grand Luberon, came into view. 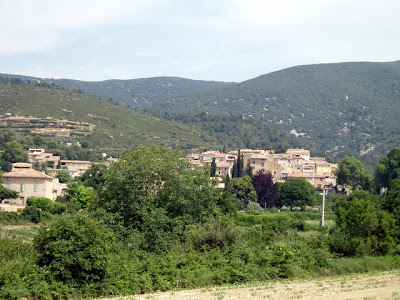 Vaugines is a very old charming village far from the main routes. It has kept its original Provençal identity, witnessed by its peaceful streets ornamented with pretty traditional houses. 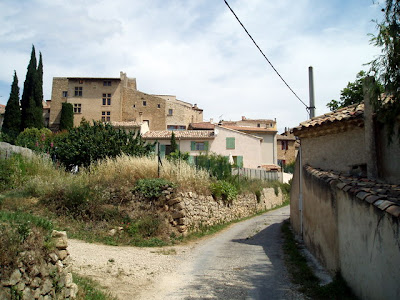 The landscape here is wild and authentic. It was chosen as the setting for the famous French films "Jean de Florette" and "Manon des Sources", adapted from books written by thc Provençal author Marcel Pagnol, and starring Yves Montand. For a while the calm of the village was disturbed but it has once again found its true serene character. 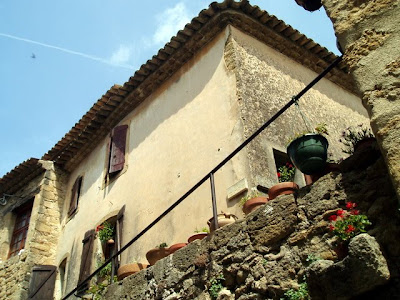 This isolated village with a population of under 500 people consists of mostly stone rural houses. The center square is shady, featuring an old fountain, a terrace cafe-bar-tabac and a small "alimentation" shop where I finally found some lavender honey. 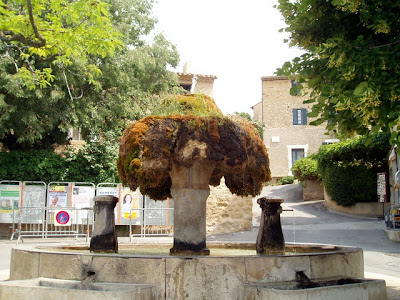 In the west side of the village is a very long, narrow street, a sort of medieval-residential street. 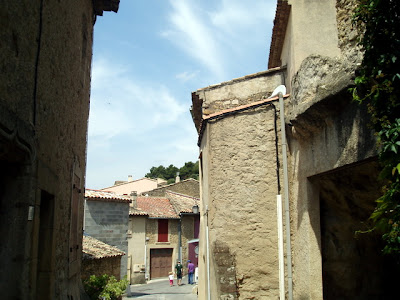 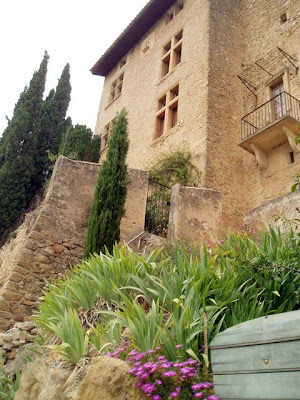 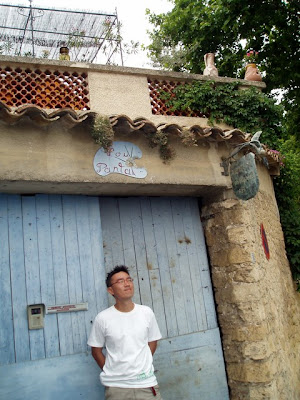 There wasn't much to do at the tiny village. The only cafe was closed when we arrived, so we decided to ride to Cucuron which is 3km away.

The distance may not seem like alot but with the undulating terrain, we couldn't cover long distances in a day. Thank goodness Cucuron is situated at the foot (instead of the peak) of the southern slopes of the Luberon range. It is almost entirely agricultural, surrounded by some fields of wheat and fruit trees, but increasingly with the advent of the appellation for Côtes du Luberon, by vineyards. 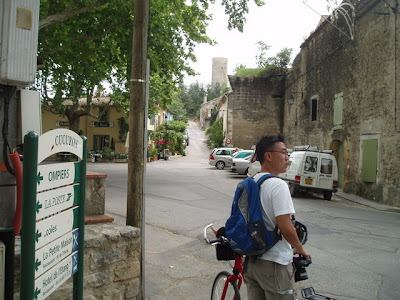 A charming restaurant window greeted us upon our arrival. 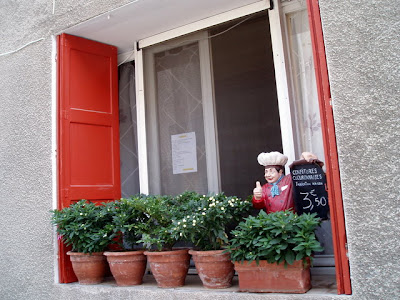 Cucuron was more important in the 16th century (many houses remain from this period) and it suffered a gradual decline in the religious wars and only recently regained its former population (currently about 1800 people). Cucuron provided the background for Horseman on the Roof, movie adaptation of Jean Giono’s novel.

A special feature of the village is the old carp pond surrounded by plane trees where the weekly market is held on Tuesdays. Obviously we didn't arrive on market day for it was quiet and peaceful around the pond that afternoon. 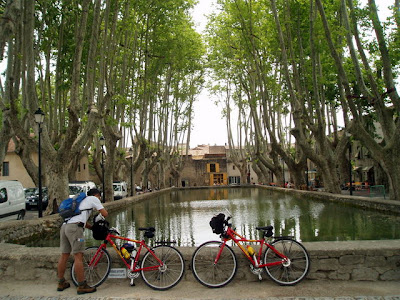 Michaela was already waiting for us under the shady plane trees, outside L'etang cafe. 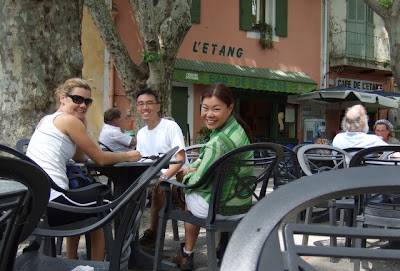 Then we sat on the rock and had our lunch. 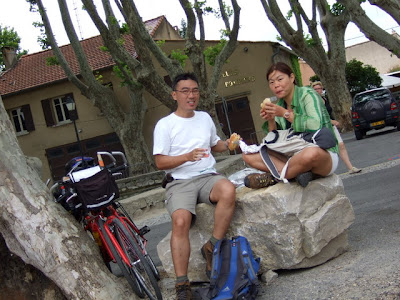 Blurting...your travel blogs are seriously contagious! I wanna tour Europe! On a side note, green definitely is YOUR color! =)

I LOVE the way you encourage your kids to go out and live life to the fullest (be adventurous). And I enjoyed reading and looking at your travel pics, too.

Hello! I simply would like to give an enormous thumbs up
for the nice info you’ve right here on this post.
I will probably be coming again to your blog for
extra soon.

Hiya! I just want to give a huge thumbs up for the nice data you will
have here on this post. I will probably be coming
back to your weblog for extra soon.

Hiya! I just would like to give a huge thumbs up for the good data you’ve
got right here on this post. I might be coming back to your weblog for more soon.


my weblog: plastic surgery in korea before and after

I will right away snatch your rss as I can't find your e-mail subscription link or newsletter service.
Do you have any? Kindly let me recognise so that I could subscribe.
Thanks.